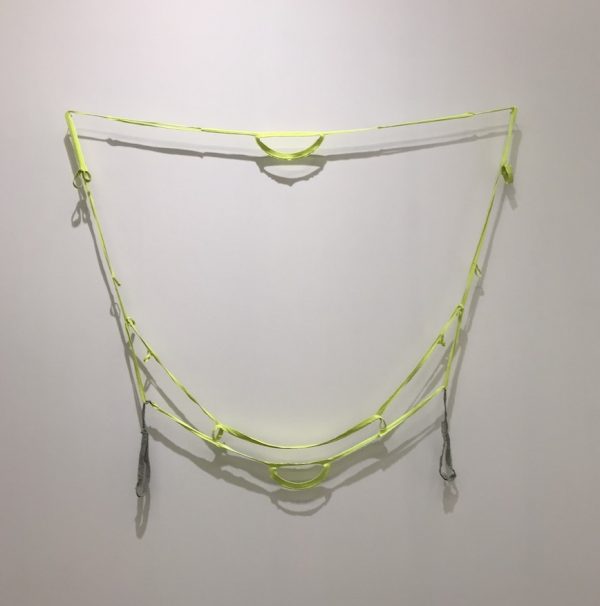 When Erin Cluley opened her eponymous gallery on Fabrication Street in the Trinity Groves neighborhood of Dallas in 2014, the stretch of road still held some semblance of its past as a site of light industry. But Cluley was also surrounded by a growing smattering of artists’ studios and ad-hoc art spaces. As high-end restaurants and mixed-use mid-rises have cropped up in the area, there’s been speculation as to whether this particular tributary of artists would stick around.

A few weeks ago, when Cluley opened her relocated new space at the River Bend development near the Design District, a young curator and gallerist moved into Cluley’s old space and hit the ground running with a group show brimming with ideas. 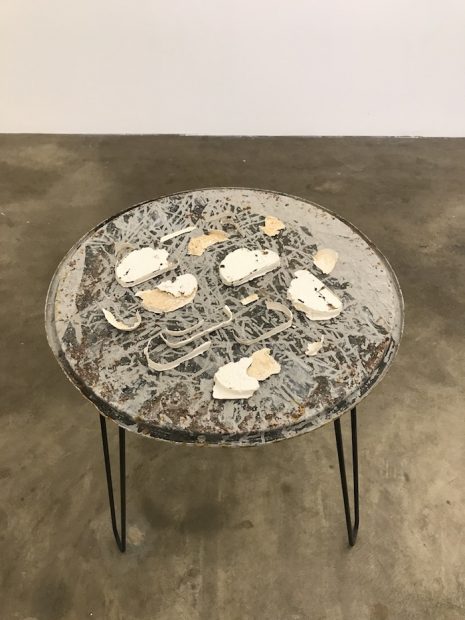 Ex Ovo is the new curatorial and exhibition project of Dallas native (and sometimes Glasstire contributor) Allison Klion. This first show on view in the gallery, Material Intension, is a three-person exhibition of Dallas-based artists who work with similar materials: Kristen Cochran, Leslie Martinez, and Travis Iurato. The works mostly incorporate deconstructed fabric and canvas, though Kristen Cochran shows some exciting new pieces that also feature clay and copper. Much of the work is installed so that you can view it in 360 degrees. Klion says that her past experience working in museums was spent in fundraising, but she clearly has a knack for laying out a show, or at least getting the right person to do the job. 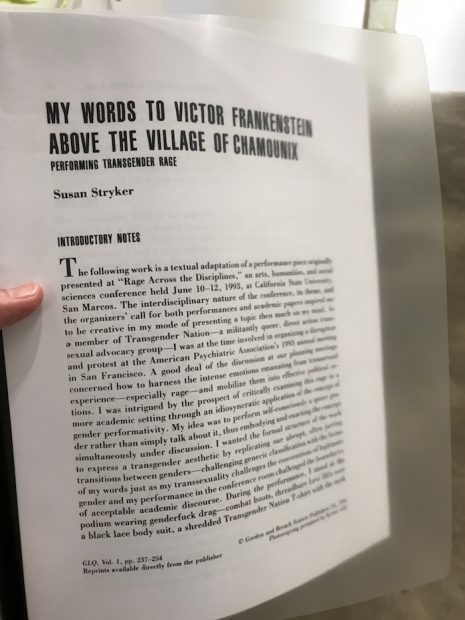 Some reading material at Ex Ovo

When I arrive at the gallery, Klion was seated next to a makeshift worktable, which was arranged with an astounding number of reading materials. One of the several folders of printed pieces contained two lengthy essays meant to pair with Martinez’s work: My Words to Victor Frankenstein Above the Village of Chamounix: Performing Transgender Rage, by Susan Stryker, and Ephemera as Evidence: Introductory Notes to Queer Acts, by José Esteban Muñoz. I paced the gallery several times as I read, meditating on words describing the transgender body as a portmanteau of technology and desire. 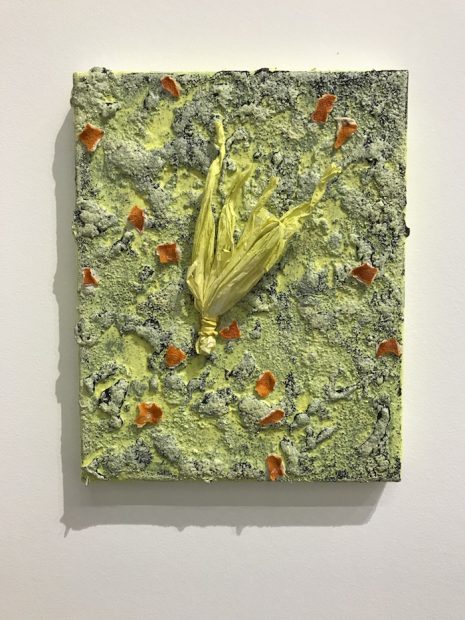 In fact, text is the second focal point of the exhibition, and the future of the gallery. After Klion gives me an overview of the show, and walks me through its individual components, we settle into a discussion about what it is Klion wants to do here. We talk about her desire to offer artists a space to deliver on their conceptual musings, and how that kind of presentation might be achieved without relying too much on a commercial model. (I agree that Dallas could experiment more with this idea). Material Intension opened concurrently with the Dallas Art Fair, but would feel a bit limited if it were moved to a booth format. Klion knows this, and is looking for alternatives. Some art institutions, in Dallas and beyond, offer educational programming as a way to work around the commercial model of running a gallery. I asked, “Is that something you’re open to?”

“It’s definitely in the back of my head,” Klion says. “I’d like to work with [these] artists to develop programs that might be interesting. I’ve been working with a few artists to develop workshops as well, whether oriented toward youth, artists, or the public generally. I think it’s figuring out the sort of inner workings of how that might be feasible.”

In short, Klion’s programming is still in development, and there’s room for collaborators. Klion wants to emphasize Dallas artists and push back against the (very) local impulse to bring non-local notable artists into our cultural spaces. But she’s savvy about some artists running collectives and and showing in galleries outside of Dallas, and is open to folding  them in as well. The difference between her goal and that of other gallerists is that she doesn’t want to represent artists. She’d like to create opportunities and a space for artists who work primarily conceptually. And she wants to run a venue that will offer extra programming that connects audiences here to these artists’ ideas. 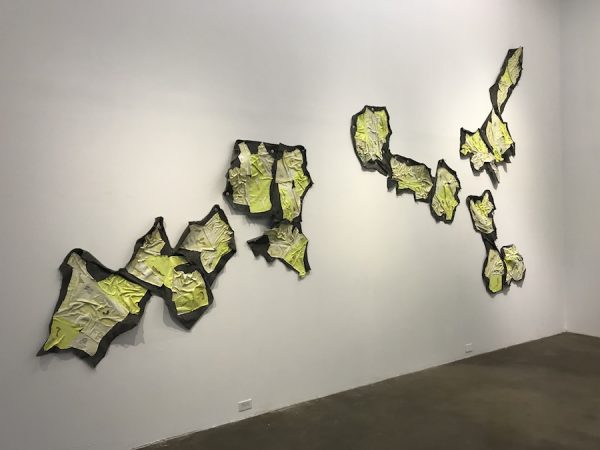 One topic keeps coming up in our conversation about hypothetical lines of programming: publishing and criticism. Klion cites Interstate Projects and Navel, among others, as outposts of exhibition projects with a critical writing focus — these she  keeps in mind when cultivating ideas around programming and exhibitions for Ex Ovo. “Writing and publishing are really important to me because I believe they’re essential to deeper engagement with an artist’s work. Because I think they’re essential to building an artist’s career — a dialogue about their work.” She insists that galleries should expect more from their audiences, and that audiences should expect more from an exhibition than it acting as a decorative backdrop.

She says, “Dallas wants to be in dialogue with New York and LA and Berlin, but there’s a lot to me that feels missing as we’re having this ‘golden age’ of galleries and museums. I’m hoping to figure out what that is.”

Landmarks and What They Communicate: ‘Next Exit’ at...