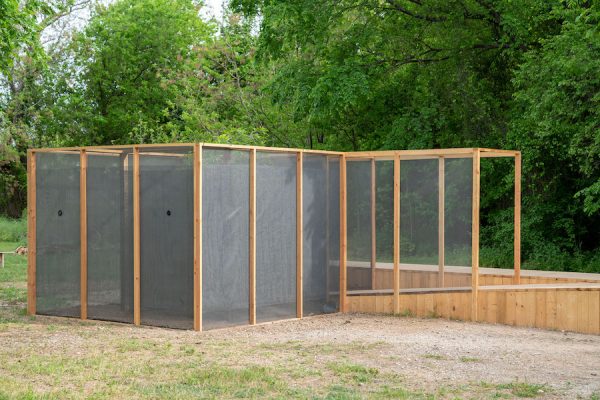 Co-Labs Projects’ previous downtown location was a rarity in Austin: a large and versatile space committed to challenging exhibitions in the hyper-expensive Congress corridor. It couldn’t last in Austin’s mega-boom, the building was sold, and Co-Lab found itself — like a lot of other Austin art spaces priced out due to development — casting about for its next home.

In welcome news, Co-Lab has returned with, for the time being, two locations. Both are in East Austin: there’s a white-cube gallery space in the Springdale General complex, as well as a plot of land purchased by Co-Lab (Co-Lab will eventually build a permanent space there) that’s currently programmed as an outdoor venue with the curatorial help of collective Partial Shade.

The gallery on Springdale is a one-room space in one of those new, ubiquitous Eastside complexes that combines studio space, retail, and some form of bar (which seems to be either nascently open or else hosting a private event for coders). Co-Lab’s founder-director Sean Gaulager writes: “The Springdale General gallery… is intended to support artists through the sale of artwork, build new audiences for our programs, and gather support for the property development project.”

It’s a bit dispiriting that so many galleries and creative spaces in Austin are increasingly relegated to new, relentlessly generic commercial complexes, but Co-Lab seems to be making the most of it. Co-Lab’s inaugural show at Springdale contained a variety of interesting works — in particular some textile pieces by Andy Coolquitt, where pant legs emerged from the wall like the trunks of imagined animals, or some Dada cartoon of unconnected vents.

At the moment, more exciting is the second, outdoor space on Glissman road. A partial-acre parcel of land tucked amidst new developments, the space lends itself to outdoor installations. Gaulager has high hopes for the project: “We will spend the next two years fundraising for and constructing a complex at Glissman that will feature studios, gallery spaces, an indoor/outdoor flex space, and a courtyard for sculpture, performances, and screenings.” The goal is for the complex to open in late 2020. In the interim, there’s a platform constructed on the site, and Co-Lab is collaborating with artists and collectives on rotating installations in a series called, appropriately, A Platform. 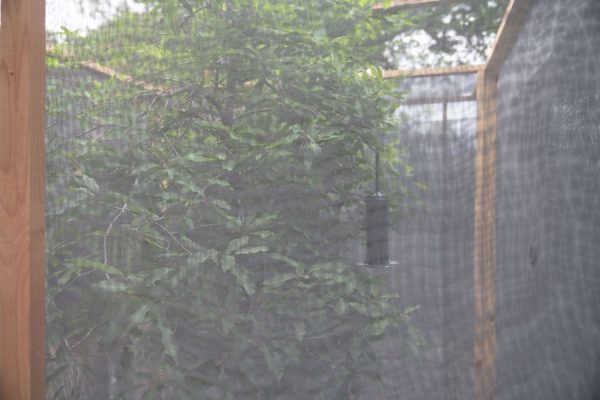 Co-Lab’s current collaborator, Partial Shade, is a roving curatorial collective of Rachael Starbuck, Michael Muelhaupt and Jesse Cline. Partial Shade’s current exhibition, Anika Cartterfield’s Grounded in Culver, is at first glance entirely inconspicuous. The UT Austin MFA candidate has ensconced a tree; it’s inside a wooden, screened-in box. It could be any new and banal landscaping project in Austin. But the box is actually a maze, and the screens are outfitted with various camera and telescope lenses aimed at the tree. The lenses range from blurring the tree, as if it were the last blink on the edge of a dream, to bringing into a crystalline hyper-clarity. Yet the tree stays distant through the different lenses, perched on the rim of an uncanny valley. 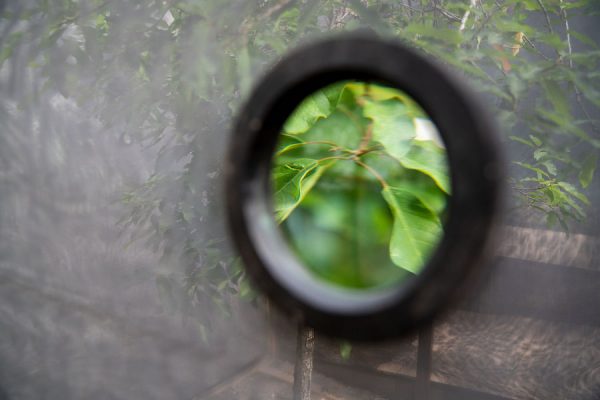 Grounded in Culver accomplishes a primary directive of an outdoor installation — a break, a pause. The hyper-saturated morass of contemporary life (in Austin and elsewhere), with all its generic development, often creates a looping fugue: every place seems the same more or less, every day has happened before. By isolating something as simple as a tree and creating multiple perspectives through the lenses, Cartterfield’s work evokes the idea of a life lived as if looking out from the window of a train. To pause on an object, and let it either focus or blur, is a way to reclaim the mysticism of witnessing existence.