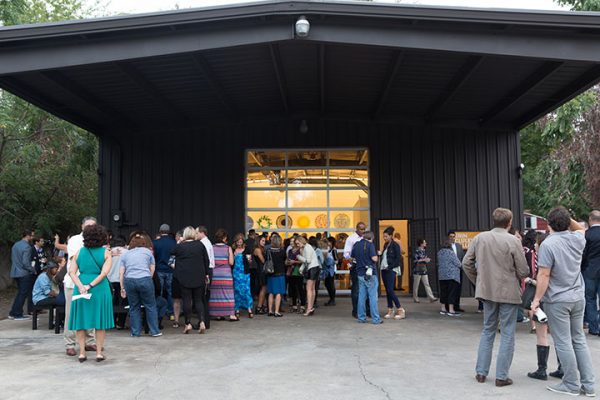 Ms. Cluley’s gallery recently moved out of the stand-alone building earlier this year. Upon that gallery’s move, Glasstire wrote about how the building, which is just down the street from other popular art-walk stops like Deadbolt Studios, PRP, and Sweetpass Sculpture Park, was situated as a good gathering place for the city’s West Dallas creative scene:

“Cluley’s original location, a striking stand-alone building with a large glass-fronted garage door and outdoor courtyard, has served as the commercial hub for an otherwise artist-driven scene that’s evolved in recent years along Fabrication Street in the fast-developing Trinity Groves neighborhood.”

ex ovo’s venue listing on Art&Seek promises that the space will include “exhibitions, experimental projects, art at all price points, performances, [a] bookstore, lectures, salons, [and] workshops.” This isn’t Ms. Klion’s first time running an exhibition and performance program: for more than three years in Arizona, she co-ran an independent curatorial project called New Age Drinks with artist Travis Iurato.

The gallery is open Wednesday through Saturday 12 – 6 pm or by appointment– see @ex.ovo.tx on instagram or e-mail ex.ovo.projectsATgmail.com for more info