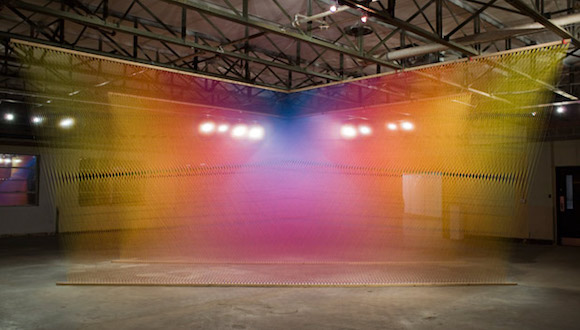 An artwork by Gabriel Dawe

The Texas Commission on the Arts, an agency that invests in arts and culture organizations across the state, has announced the eight individuals named as Texas’ 2019 and 2020 state artists. Given annually, the four awards — state poet laureate, state musician, state two-dimensional artist and state three-dimensional artist — are decided from a pool of nominated Texans by a panel review process and a selection committee. When the award was founded in 1971, the visual arts award wasn’t divided by type of art; this changed in 1990 with the two-dimensional and three-dimensional awards each going to a different artist.

Nominees for the Texas state artist awards can either be native Texans or five-year residents of the state, and must have made some sort of artistic impact on their industry during their careers.

The artists chosen for 2019 include:

And the artists chosen for 2020 include: