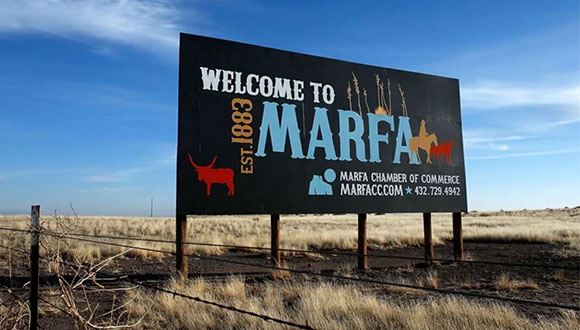 C3 Presents, the Austin-based company behind the large-scale music festivals Austin City Limits and Lollapalooza, announced today that it has postponed its push for a West Texas music and art festival. Originally scheduled for May of 2020, the festival, which was to be located on a private ranch outside of Marfa, has been a topic of debate in the region ever since its plans were made public earlier this year.

Marfans and other Presidio County residents were concerned about the realities of hosting a 5,000-attendee festival in their sparsely populated region. Along with logistical issues like traffic and lodging, their concerns included the possible environmental impacts of such a large-scale event, and the ability for the surrounding towns to adequately support the event with emergency response teams. (For reference, the three towns that would surround the festival — Fort Davis, Marfa, and Alpine — have populations of 1,201, 1,772, and 6,065, respectively.)

“It’s not really just one reason; it’s across the board—it’s exhausting, really, to think of it. Just pick a topic: environmental impact, infrastructure, garbage, roads and streets out here, fire safety, scale, night sky, sound. Pick any of those topics, and pretty much we can tell you why an event of that size would just be a disaster for our community.”

On March 31, 2019, Marfa’s Mayor, artist Ann Marie Nafziger, posted a statement to her Facebook page saying that she had “stood against the proposed C3 Presents music festival because of known risks and costs, as well as the many unknowns.” She also said, following conversations with C3 producer Charles Attal during which she expressed the concerns of her constituents, that “Mr. Attal agreed to step back and not produce the event in 2020.”

In a statement sent to Glasstire and others this evening, C3 announced that it will “delay [their] intended event until [they] have had an opportunity to understand the potential impact, both positive and negative” on the West Texas communities. C3 also says that they “plan to move forward with the event” after further dialogues.

To read Lonn Taylor’s recent article about the event, please go here. See below to read C3’s full statement about the festival.

To the communities of Marfa and Presidio county,

We are writing this letter with regards to the potential art and music event proposed to take place at a private ranch just outside of Marfa, TX in 2020.

We have taken into account the concerns we have heard from the community and have made a decision to delay our intended event until we have had an opportunity to understand the potential impact, both positive and negative. This includes environmental concerns, traffic, safety, fire, wildlife, infrastructure, and much more. Only after this outreach and research is completed, will we present a complete plan and take questions from the community in what we hope will be an open and thoughtful forum.

Our intention from the beginning has been to build a small, unique and temporary three-day event that would take place in the vicinity of a great cultural hub, and collectively develop a plan that would have a positive economic, educational, and cultural impact on the surrounding area of West Texas. We wholeheartedly believe that we can work together to create a celebration that would honor artists and musicians from around the world and allow a diverse audience to participate in a unique cross collaborative experience.

It has also come to our attention that other projects in the community have come under attack because of our proposed event, and we are disappointed to learn that the community is scrutinizing people and events that have long had a positive impact. Our project is solely being led by C3 Presents with outside creative consultants. We want to make it clear that our event is in no way linked to Marfa Myths or Mexican Summer, and we are not collaborating with them or other local organizations at this time.

While we plan to move forward with the event, the needs and requirements of the communities of Marfa and Presidio County are important to everyone involved in this project, and our goal is to create a unique event everyone will be proud of.

Thank you again for your time.

I love contemporary art, but Donald Judd RUINED Marfa. It was heaven before he came and now, it’s so trendy and faux NYC Greenacres, I can’t go home anymore…. wah!

All roads to Marfa are two (2) lanes. It’s 80 miles from Van Horn, 100 miles from Fort Stockton, or 230 miles from Del Rio. Between wild animals wandering onto the road and distrated drivers posting pictures on the gram at 80mph, the possibilities for mayhem are enormous. Now imagine 10,000 people attempting to get there in the course of one day. I’m guessing C3 stands for ‘Clown Concepts Corporation’?