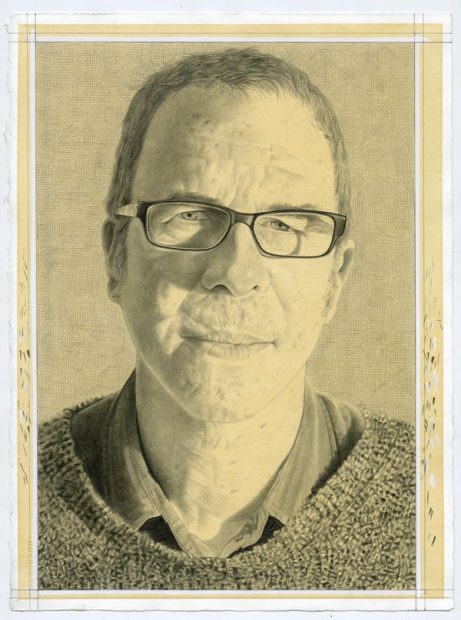 Portrait of Raphael Rubinstein. Pencil on paper by Phong Bui. Image via the Brooklyn Rail.

The Houston Art Gallery Association (HAGA) has announced that it will inaugurate its First Tuesdays event series with a conversation between Houston collector and gallerist Gus Kopriva, artist Philip Karjeker, and critic Raphael Rubinstein. For the program, which is scheduled for 7 PM on April 2, 2019 at Gallery Sonja Roesch, the trio will discuss the changes they have observed in Houston and New York’s art scenes over the course of their careers.

Mr. Rubinstein, who currently serves both as a contributing editor at Art in America and as a professor at the University of Houston School of Art, lives between New York and Houston. He has written several books of criticism and poetry, and he is also know for his blog, The Silo, which covers works created by contemporary artists since 1960. In addition to his role as a professor, he has been active in Houston in recent years: in 2017 he organized On Repeat, an exhibition at Clarke & Associates, and in 2016 he presented a poetry reading at Texas Gallery.

HAGA was founded in 2017 as a way to bring the city’s galleries together to “promote Houston as a destination for the arts.” Future HAGA First Tuesday programs will rotate at the organization’s various member galleries.