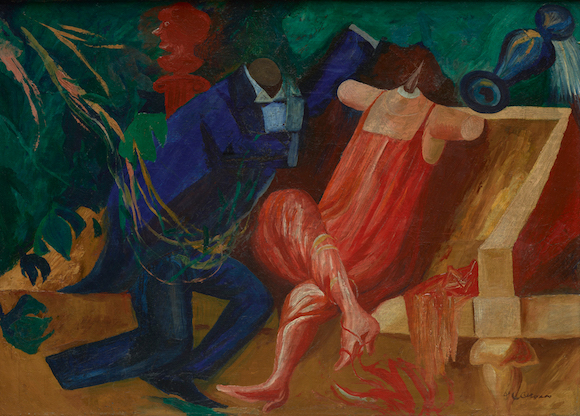 The Dallas Museum of Art has announced three new major events and initiatives that advance the museum’s commitment to collecting and exhibiting Latin American art.

First is the establishment of a new curatorial position at the museum, the Jorge Baldor Curator of Latin American Art, made possible by a monetary gift from Jorge Baldor, a “Dallas entrepreneur and civic leader.” (Baldor was a major supporter of the DMA’s 2017 exhibition México 1900–1950.) The new curator will specialize in “art from North America, the Caribbean, and Central and South America, from the viceregal to the modern centuries.”

Second is the Stanley and Linda Marcus Endowment for the Acquisition of Latin American Art, a “$1 million gift from Linda Marcus in her name and that of her late husband.” Via the DMA:

“…the new fund builds on the Marcuses’ incredible history of support for the Museum and their particular interest in the arts of the Americas and Latin America.  As a trustee of the Dallas Museum of Art for more than 60 years, Stanley Marcus also dramatically influenced the Museum’s collection, donating more than 300 works of art in all media across many curatorial areas. He fostered a passion for traditional pre-Colombian and modern Latin American art, with such notable highlights as the Museum’s acquisitions of the magnificent mural painting El Hombre by Rufino Tamayo and The Nora and John Wise Collection of Ancient South American Art, leading him to provide the foundations for the Museum’s present strengths in these realms. Linda Marcus, a former DMA trustee, continues to collect in the area of Latin American art, and has made a promised gift of her collection to the Museum.”

And third, five works are added to the museum’s Latin American collection, as gifts from several donors: Jorge Baldor; The Eugene and Margaret McDermott Art Fund, Inc.; the de Unger family; an anonymous donor; and “a promised gift from DMA trustees Nancy and Jeremy Halbreich.” Included in this group of works is “a rare full-scale preparatory drawing by Miguel Covarrubias for the mural Genesis, The Gift of Life, which is installed outside of the Museum’s main entrance, dramatic pastels by Diego Rivera and Roberto Matta, and a Peruvian textile likely from the 17th century.”

States Dr. Agustín Arteaga, the DMA’s director: “With Latino and Latin American culture embedded in the fabric of Dallas, as well as the United States, the DMA’s strength in Latin American art is core not only to expanding the narrative of art history, but to reflecting the histories of the Museum’s audiences, locally and nationally. These gifts form the cornerstone of an exciting new chapter in the history of the DMA’s engagement with Latin American art, and position the Museum to excel in bringing underrecognized narratives of art history to the fore.”