Whose America is This? Leo Gabin at Sean Horton (presents) 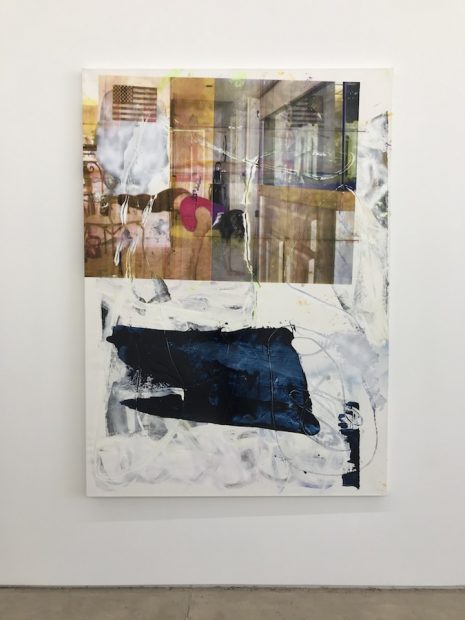 Joseph R. Wolin’s curatorial text for Leo Gabin’s solo show at Sean Horton (presents) in Dallas begins by providing a quick prologue about appropriation artists. You know them all. This is to set up our understanding of Leo Gabin’s work that, along with much of the digital art we see in 2019, has come online in the adolescent years of the internet. The oldest work in the show is from 2009, when the iPhone was two years old.

Wolin makes comparisons to established art practices, to make sense of what appropriation art is and does. Leo Gabin is a collective of three Belgian artists who create under the moniker; what seems like one artist concocting thematically tight collages of American culture is actually three. It makes you wonder who did what – which individual does the concept for each work or body of work come from, and who’s editing it all down? Horton says that they make their videos and paintings concurrently, even though the work on view reads as though one type of work came before the other. 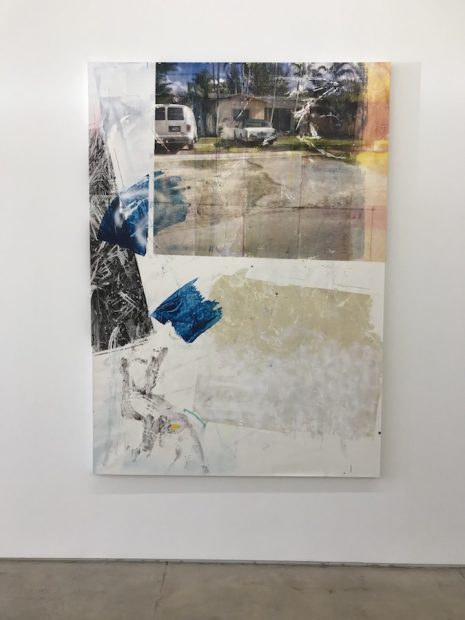 The video works, especially, throw us back a few years, when artists started experimenting with appropriative video at the time when Youtube emerged as the Google of video. The videos here are all similar and concise: there’s an audio track underlying the niche-genre video clips we’re watching. All of the footage looks like it was shot by the same type of camera (or phone). There are domestic booty-shaking videos, gang-sign clips, and a girl using a razor to pop balloons that fill a room. Most of the clips are banal, but some get a little more fun when soundtracked to the artists’ mashup selections. Leo Gabin is “DJ-ing” culture, as appropriation artists do.

When watching videos from this era (essentially 2006 to now), it’s important to remember that these images were generated with consumer-grade equipment. These are non-artist portraits in the way that selfies and unboxing videos are portraits — monetized exhibitionism, in some sense. They reveal a lot of site-specific information. True video nerds (or someone who cares enough to sift through the metadata of a video file) can identify particular digital color spaces and codecs, as they improved frequently after 2000. Phones and cameras have iterated at least as quickly as the technology that runs them. Though Sean Horton (presents) is an art gallery and not a museum dedicated to history, this kind of appropriated imagery, in an exhibition setting, is a historical snapshot that the original creator probably didn’t intend for it to be. 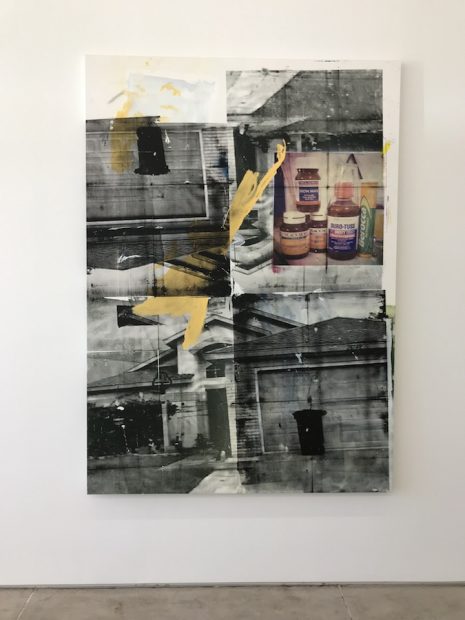 Does this line of questioning matter to these works? I think these questions don’t get asked often enough. The appropriated sources, for both Leo Gabin’s videos and paintings, may supply you with a lot of contextual information — then the artists take it upon themselves to comment on them, often well beyond the borders of their provenance. Readily available and cheap cameras have made everyone a photographer and videographer, and artists re-use those (seemingly infinite number of) images. I think it’s the first question to ask: where did this come from? 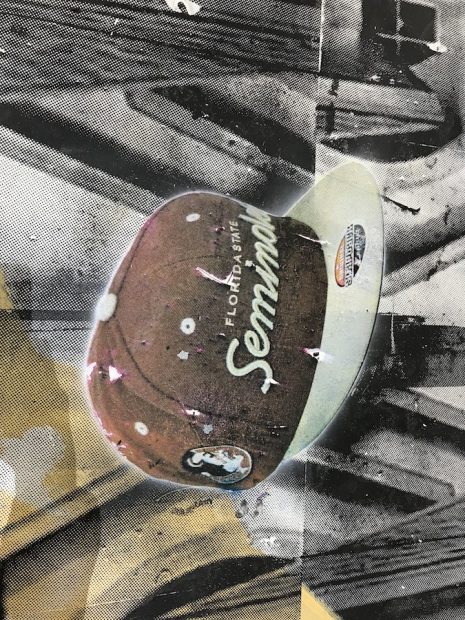 Art fails to be accessible with an astounding success rate, but with appropriation, the required literacy of the viewer goes through an extra editorial process. Three Belgians delegating the culture of the United States back to itself: that’s something to chew on.

Sean Horton — a longtime New York gallerist who has Texas ties and has moved back to the state recently and opened this space (Leo Gabin is the gallery’s inaugural show) — assumes a certain ownership of this neighborhood in Oak Cliff. His relatives operated a diner in the area, and he’s lived in the neighborhood in the past (as well as worked at the DMA). He mentions an interest in screening Leo Gabin’s video adaption of Harmony Korine’s A Crack-Up at the Race Riots at the Texas Theatre in Oak Cliff, which sounds like something that Texas Theatre would be happy to host. Leo Gabin’s show is happening early in Horton’s homecoming, but it feels considerate of Horton’s time spent here and away.