Detention Nation, the Colonial Body, and the Latinx Community: A Chat With Delilah Montoya

Delilah Montoya is one of America’s foremost Chicana artists. Her work is included in the collections of the Los Angeles County Museum of Art, Smithsonian Institute, Museum of Fine Arts, Santa Fe, and Museum of Fine Arts, Houston. She is a founding member of Manteca HTX, Texas’s first Latinx Artist Directory, and of the artist-activist collective Sin Huellas. An ardent activist, and seasoned artist and teacher, Montoya generously took time to share with me about her current exhibitions, work, and life. 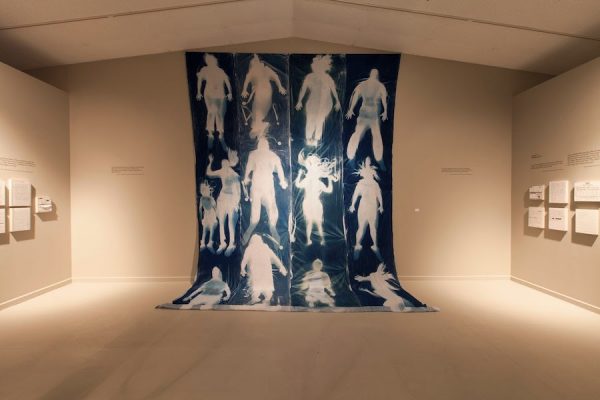 Lauren Moya Ford: I saw Detention Nation by the collective Sin Huellas in 2014 at the Station Museum in Houston and was moved to tears. Back then, you asked “how do you explain something you can’t see?” But recently, news coverage of border detention centers, child-parent separations, violence against migrants, and the wall debate has exploded. It seems impossible not to see at least some aspect of this crisis. Detention Nation has been touring the US for the past five years, so how has the show or its reception changed?

Delilah Montoya: Detention Nation has evolved to speak about the incarceration of youth as they are separated from their parents. Detention Nation was started by asking the question: what is happening to the families detained as they cross the border? Such silence… . It was really a ‘see no evil, hear no evil’ moment. Everything had to be teased out. We sought out individual stories. No one believed that this mass incarceration was indeed happening. Now we know it happened and is still happening. 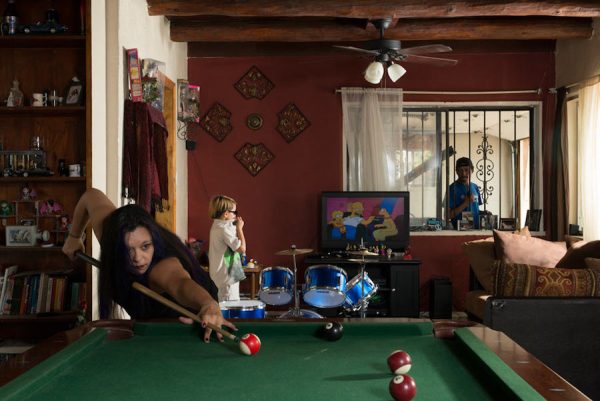 LMF: Your current exhibition  Contemporary Casta Portraiture: Nuestra “Calidad” [on view at Centro de Artes, San Antonio] references the Spanish colonial casta paintings that meticulously categorized people based on their racial background. The show features photographic family portraits, each with a DNA study stretching back 100,000 years, and monologues in which participants speak about their own ancestry stories. The spectrum of identities reminds me of my last González family reunion — we definitely didn’t all look alike! Can you tell us more about the motive and method behind this project?

DM: My initial thought in producing the Casta series was to document an experience that is so apparent that it is invisible. Everyone knows the rules, but those rules are seldom discussed. Yet the present social structure is based on the consequences of that colonial history. It is my belief that the Colonial Casta Paintings demonstrate the construction of racial categories and the New World social structure that still governs contemporary culture across the American continents. The DNA testing of families’ colonial heritage not only verifies how global our communities are as mixed-raced people — this is our hallmark — but that those racial categories were never fixed. Rules are made to be broken, and borders are drawn to be crossed. The colonial social structure was devised to control the colonial body, yet the colonial body did and still does what it needs to do to survive. In [her book] Imagining Identity in New Spain: Race, Lineage, and the Colonial Body in Portraiture and Casta Paintings, Magali M. Carrera writes, “Ambiguity brings chaos to all dreams of order.”

LMF: In a recent interview, you said that collaboration “helps to expand a voice, so it’s no longer just my voice but it becomes more of ‘us.’” You’ve been an educator for 25 years and are currently a professor at the Kathrine G. McGovern College of the Arts at the University of Houston. Does your teaching work also function as a sort of collaboration for you? Put another way, does the work of helping someone else to cultivate their voice inform how you use yours?

DM: Learning is always a process, and it happens differently depending on the situation. I have never been interested in top-down situations. So I prefer a more Native American approach — that is, to learn by conversing amongst each other. Sometimes the best thing I can do is to remain quiet, encourage conversations, and lead by example. At times I get frustrated, and generally those times are not my best moments. My mother once told me that a parent as a teacher is successful when the teacher is no longer needed. This is when learning truly happens. By exploring aesthetic history that speaks to my community, I learned to make art about my world as seen through the eyes of a mestiza. One must engage their community to best represent that community. 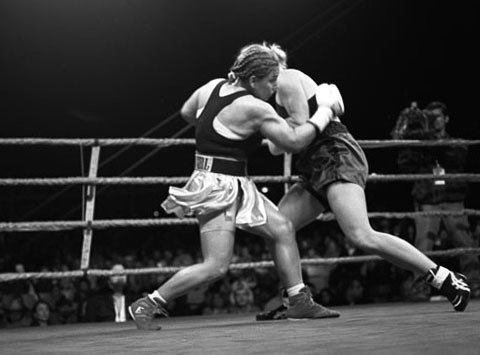 LMF: You will participate in a panel called “Texas Veteranas” at the Latino Art Now! Conference in early April in Houston. I want to ask about both parts of the title: Texas and Veteranas. Your work has travelled far beyond the Lone Star state, and you split your time between Albuquerque and Houston. Can you talk about your relationship to Texas? And, what does it mean to you to be a veterana of art and activism today?

DM: My relationship to Texas can best be summoned up by my sister Paige when I was hired by the University of Houston. She said, “I guess Texas claimed its own.” I was born in Texas on the Carswell Air Force base in Fort Worth. I was named after a juke joint on the Jacksboro Highway outside of Denton called Delilah’s. Even though I grew up in Nebraska and my mother is from New Mexico, my family always thought of me as ‘the Texan.’ I return to New Mexico when I can because that is where my family resides.

Keep doing the same thing long enough, eventually one becomes a Veterana. In looking back at 40 years of learning to make, I have thought and accomplished many bodies of work just by moving one step at a time. I tend not to look behind me, but keep moving forward. So much of the time I feel caught in the jaws of emerging and submerging. One thing I do know is this state is a fertile ground for creativity. The work is never quite finished; there is always more to do.

LMF: Over the years, your work has been a crucial way for people to see and understand the lives of women, families, and Latinx people in the American Southwest. You’ve kept a sharp focus on what’s happening now while staying connected to our historical past. You’ve said that one person can’t be the single voice of a culture, and I wonder if that statement also applies to the way an artist’s voice develops and changes over time. How have you seen or expressed your culture differently through your projects?

DM: This is a tough question. So much of what I do is the same. The same commitment to the Plan de Aztlan where the artists were called to action. For me that is to originate an aesthetic that speaks about our community, that develops a sense of self. Community has always been at the core of my work. Developing work around the ideas of community shifts through time as the community expands and faces new challenges. Yet so many of those challenges remain the same: poverty, no representation in education or civic institutions, and mass incarceration. The new challenges are with the ever-increasing Latinx communities that are very young and energetic, and whose needs are numerous. This Latinx art community is at a critical mass and must be nurtured to be heard.

Detention Nation by Sin Huellas was last on view at Landmark Gallery at Texas Tech University. Showing Contemporary Casta Portraiture: Nuestra “Calidad” is on view at the Centro de Artes in San Antonio, Texas until June 2, 2019. Delilah Montoya will participate in the “Texas Veteranas” Panel at the Latino Art Now! Conference on Saturday, April 6 at 12:20 pm at the University of Houston Student Center South.

Recontextualizing the Gallery Space: A Talk with DiverseWorks’...

Day of the Dead in Art Showcases an...