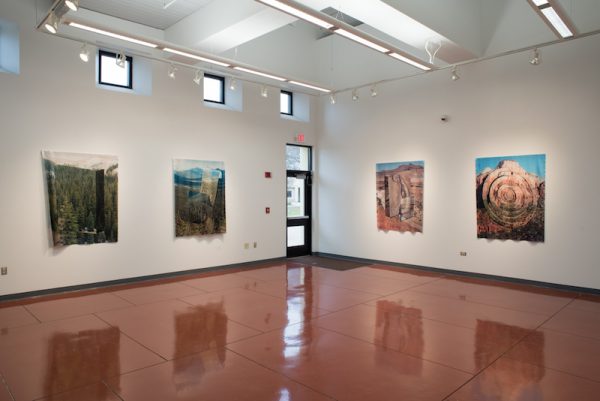 Charlie Kitchen’s excellent solo show at Palo Alto College in San Antonio takes its title from a quote by the writer Roland Barthes: “Certainly the image is not the reality but at least it is its perfect analogon and it is exactly this analogical perfection which, to common sense, defines the photograph.” What Barthes means is that the photographic image creates a reality using space and time in the manner in which outside “reality” is contorted using the same. Space: the size of the film, the frame, the distance are altered by the pressures of time — the time of day, the time of exposure. 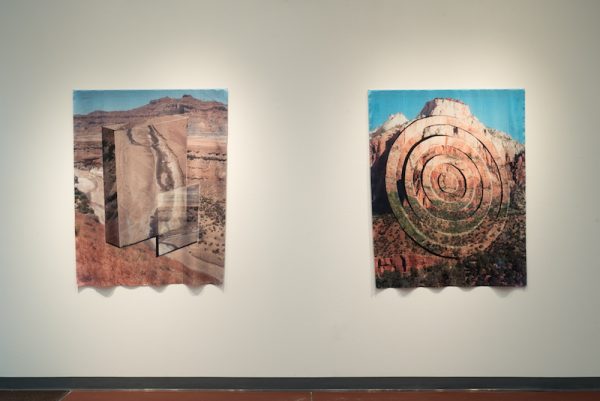 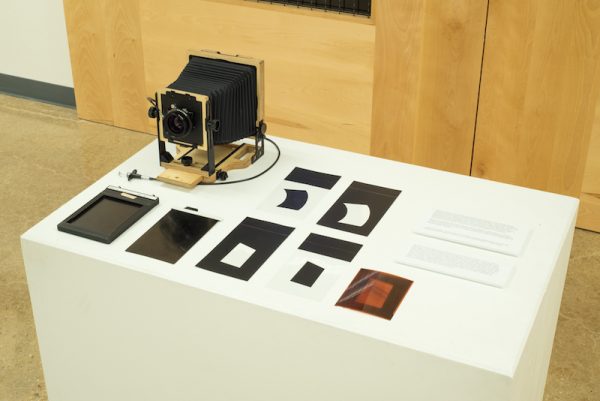 Kitchen, a San Antonio-based artist, uses a complex process in large-format cameras to create landscape works with geometrical shapes embedded in them, creating a sense of inlaid or overlapping visual realities. In one room of the gallery, large, hyper-detailed landscapes on fabric sway gently under the AC. The inlaid geometry fluidly breaks the perspective of the pieces. The mind settles into the lushness of the landscape only to be shifted out of the illusion by another level of visual information. Kitchen is playing with dimensionality— visualizing the rebar behind perception. 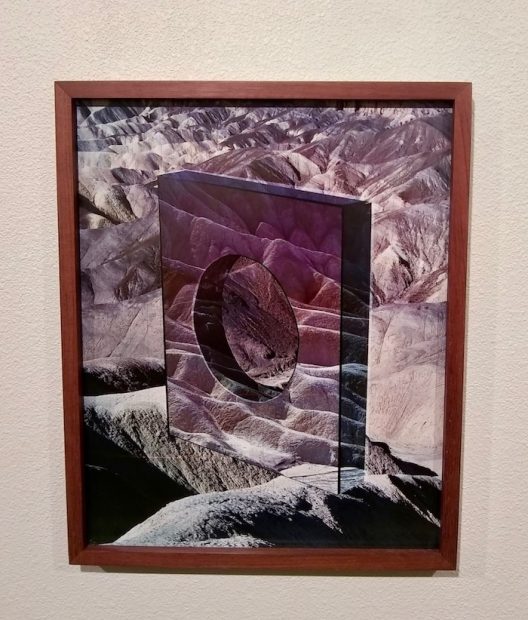 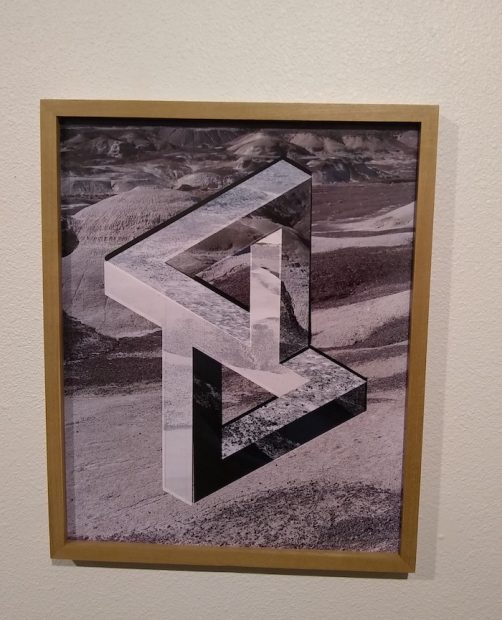 In the second room, Kitchen’s work (framed in his appropriately custom frames) is more “locked.” The contrast between the geometry elements and the greater landscape is more stark, sometimes evoking 2001-like obelisks. Beyond the meta-ruminations of perspective and reality in these photographs, they work as an aesthetic celebration of the surreal and epic glory of nature and its ordered hinges.

The last suite of works here are more straightforward (relatively), and play with time and exposure in photography in more expected ways. Kitchen’s technique is sharply impressive even here, but also falls into a kind of sleek anonymity, recalling the interior design of a severe boutique hotel. 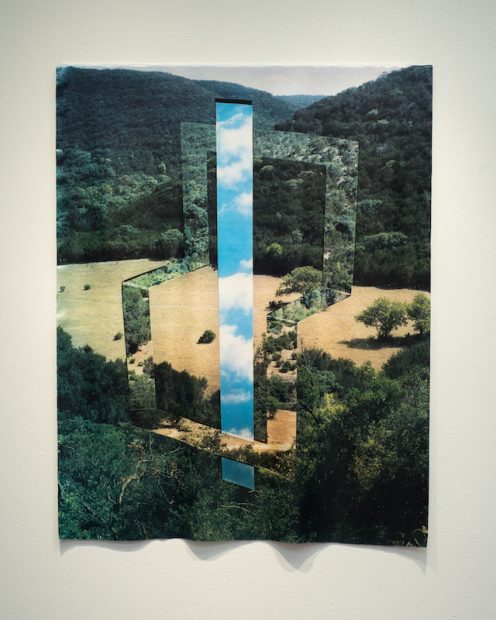 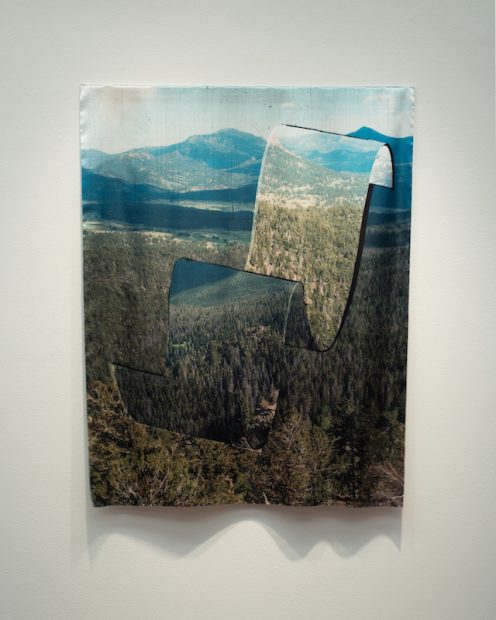 But overall, Kitchen’s A Perfect Analogon effectively uses analog camera techniques in concert with the natural world to prove the declaration of the quote it takes its title from. All it takes is a bit of manipulation of the film of one’s life for reality to fold, overlap, play, and unspool.