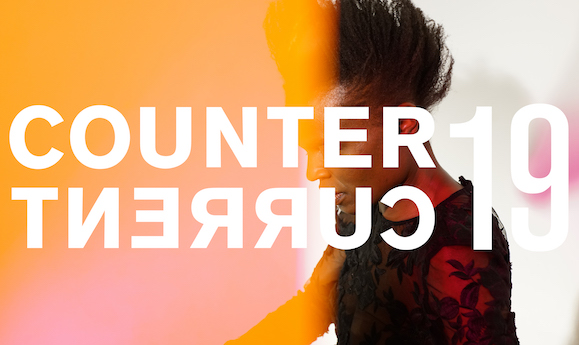 CounterCurrent, the annual performance festival organized by University of Houston’s Cynthia Woods Mitchell Center for the Arts, has announced the lineup for its 2019 program, which will run April 9-14 in locations across Houston. Billed this year as “CounterCurrent19,” the festival is a “citywide interdisciplinary arts festival that brings together artists, activists, and scholars from around the globe for a week of performances, art installations, and lively conversations.”

All events are free and open to the public, though tickets are required. For more, go here.

“Ten Tiny Dances®: Nightlife” brings together artists, dancers and club scene icons from Houston and beyond for a night of performances that reflect on the ways in which the cultural knowledge unique to individual club cultures is transmitted and archived through dance, gesture, fashion and music. Ranging from Texas-style vogue and drag to New Orleans bounce and underground ChicanX house, this constellation of individual performances draws attention to the fluid nature of nightlife culture, in which categorization, identity, and aesthetics are continually challenged, adapted, and evolved. Participating artists include Brittani Broussard and Leticia Contreras, Marky DeSade, An’Marie Gill, House of Kenzo (Brexxit and Grapefruit with music by LeDef), Devin Kenny, Neon Mavericks (Justin Butterfras and Mark Evans), T.J. Dedeaux-Norris aka Meka Jean, Santa Muerte (Sines and Panchitron), Danielle Quinn and Jennif(f)er Tamayo.

Following the performances, Rich’s nightclub will open up to an after party (8:30pm- 12am) with a DJ set by Wild Moccasins.

“Perpetu-War” is a speculative public art project that alludes to a post-war world wherein artists and their actions occupy the cultural importance and impact often associated with war heroes. Ganzeer’s installation interrogates Houston’s relationship to the military-energy-industrial complex, highlighting the city’s complex histories of arms manufacturing and distribution. Specifically, the installation is staged on the Buffalo Bayou near the location of a former tank manufacturing center and shipping warehouse.

Taking place at “Houston’s birthplace,” Allen’s Landing on Buffalo Bayou, Gardner’s “Salt Water Sweet Water” is a site-specific response to Houston’s own history of commerce and construction. Visitors will interact with these histories through a presentation of projected image, sound and performance.

“Current Conversations” are a series of public conversations across disciplines and along parallel lines of inquiry. CounterCurrent festival artists and University of Houston faculty experts engage in lively discussion about themes and concepts connected to this year’s festival programming. Each one-hour, lunchtime talk kicks off with a set of rapid-fire presentations followed by questions and answers among panelists and the audience. Light fare and coffee will be provided.

Jennif(f)er Tamayo’s“LA QUEERADORA” installation sits at the intersection of digital cultural production and embodied cultural performance. It asks: How do material bodies, whose lives hold an archive of cultural knowledge and experience, compete with a manufactured and digitally porous production of identity? In Tamayo’s work, the racial project of U.S. Latinidad, as an often capitalist and anti-Black enterprise, becomes an optic through which these questions can be approached. The “Latin-Explosion” of the artist’s childhood and its subsequent productions are, in many ways, imbricated with the rise of mainstream internet culture. Both began to “enter” households during the 80s and 90s. Dora the Explorer (DTE), then, serves as a critical site of inquiry through which the artist interrogates the ways constructions of Latinidad are indebted to and shaped by novel digital technologies. Dora’s physical construction, emerging from an initial design to be a “live-action” character, is imbued with a digital materiality key to her production of Latinidad: fluid, placeless and amorphous.

Long String Instrument composer and performer Ellen Fullman explores the acoustics of large resonant spaces with her compositions and collaborative improvisations. Fullman will literally “play” the iconic atrium of the Philip Johnson-designed Hines College of Architecture and Design building at the University of Houston, an action first performed in 1994. The title, “The Watch,” references a specific and repeated experience the artist has had involving vigilance and a wristwatch. For the artist “The Watch,” is a reminder of the possibility to transcend mundane existence through maintained focused attention. For the Long String Instrument, Fullman has designed a tablature graphic notation that choreographs the position of her body through the harmonic spectrum of upper partial tones that resides in vibrating strings. With rosin-coated fingers, she bows the instrument lengthwise, drawing out cascading patterns of harmonics that can serve as both melody and harmony. Fullman reminds us that music resides in the movement of air particles. In her work, Fullman says “resonance is harmony is composition.”

Artists in residence through the Performing the Neighborhood initiative of the Mitchell Center and Project Row Houses over the past three years, Okpokwasili and Born have created a dynamic “public song,” engaging the Project Row Houses campus, local artists, and the Houston community. Their installation in a row house will be activated during CounterCurrent as an immersive live experience, in turn intimate and collective.

“SUSTENTO: from La Performera to La Mujer Maravilla” is a lecture-performance by the transdisciplinary artist, Awilda Rodríguez Lora also known as La Performera. Stories, movements, and songs are strategies used by La Performera to invite the audience to reflect on the concept of sustento (sustenance) as a complex and vital idea for survival in creative and everyday practices. As a performance choreographer, Rodríguez Lora challenges traditional notions of womanhood, sexuality, and autonomy, examining relationships between the economy of living, corporeality and the contemporary art market. Awilda Rodriguez Lora’s work is featured in the exhibition “Collective Presence,” a curatorial project organized by DiverseWorks that addresses current social and political issues impacting the Gulf of Mexico and Caribbean.

Saturday, April 13: Stacy Garrop: ‘How Does a Composer Compose?’

In this lecture-demonstration, Garrop takes the audience through a step-by-step process of how she composes instrumental music, demystifying a process that for many remains challenging to understand. For CounterCurrent19, Garrop will focus on the compositional process she utilized for her woodwind arrangement “Bohemian Café.” The presentation features videos of Prague street performers from whom she drew inspiration, photos of her early pencil sketches for the work, and examples (both audio and visual) of how the piece took shape within a music notation program. The presentation ends with a video from the world premiere of “Bohemian Café,” performed by members of Fifth House Ensemble. The audience is encouraged to ask questions throughout. This presentation is for general audiences with no musical training.

Sunday, April 14: MF Problem (Autumn Knight/Robert Pruitt): ‘We Been Did That: A survey of radical happenings, performances, and interventions from Houston’s black/POC arts community (2010-2016)’

Autumn Knight and Robert Pruitt, Texas natives who began their artist careers in Houston, will historicize contemporary art-making practices in Houston by discussing its black and artist-of color communities. In 2016, Knight and Pruitt moved from Houston to New York to participate in an artist residency. The distance from Houston provided the artists with space to properly reflect on the richness and complexity of Houston’s art world. The artists have identified the importance of tracking, recording, and celebrating this cross-pollination of artists radically moving across conceptual genres, experimental practices, and Texas’ borders. These practices range from social interventions to exhibitions mounted with the generous support of local art institutions. MF Problem’s lecture includes insights into the development of the artists’ separate practices during their time living in Houston. The presentation will also openly discuss how a web of artists formed, worked, dissolved and constantly renews itself in the present moment.

Drop by Axelrad, Houston’s favorite neighborhood beer garden, and celebrate the closing of CounterCurrent19 happy hour cocktails, light bites, and live music. This year we’ve partnered with Axelrad and our friends at Decatur Bar to present a CounterCurrent signature cocktail crafted by master mixologist Leslie Krockenberger. Order one at the bar and all proceeds from the cocktail go to supporting the Mitchell Center’s programming. No advanced reservations or tickets are required to attend. See you there!
0 comment