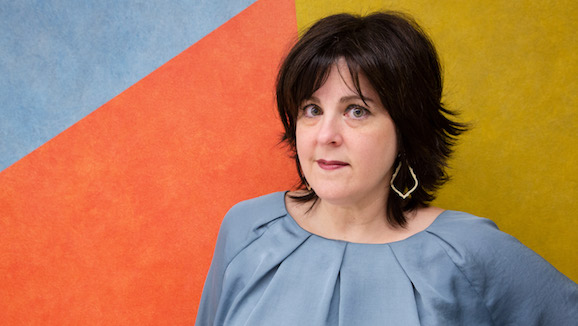 The University of Texas at Austin’s public art program, Landmarks, has appointed Kathleen Brady Stimpert as its new Deputy Director. This is a return to UT Austin for Ms. Stimpert, who in the past has served as Director of Public Relations and Marketing for UT’s Blanton Museum of Art, and Chief Communications Officer for UT’s School of Architecture.

As Deputy Director, Ms. Stimpert will (per Landmarks): “…oversee Landmarks’ operational and institutional affairs, managing the organization’s performance and growth by leading daily operations including administration, collections management, education programs and communications. Stimpert will also serve as a representative of and chief advisor to Landmarks Director Andrée Bober and assist with strategic planning, board development and fundraising initiatives.”

Over the last few years, still based in Austin but away from UT, Ms. Stimpert has served as communications manager for the City of Austin Cultural Arts Division, “as well as the City’s UNESCO designation and cultural tourism plan.” Also in the past, she served as the Director of Communications for the National Academy Museum in New York.

She has contributed writing to various publications, including Glasstire, as well as the Austin Chronicle, Conflict of Interest and Edible Austin.

Ann Hamilton Comes to Texas to Calm Us...