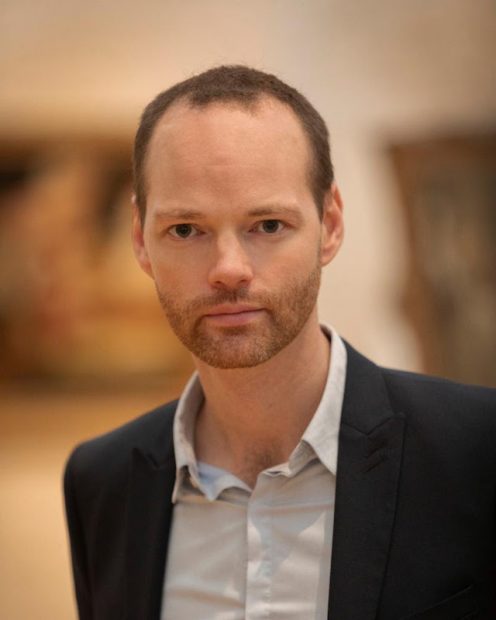 The Kimbell Art Museum in Fort Worth has announced the appointment of Guillaume Kientz as its new curator of European  Art. He began his post at the museum last week.

Mr. Kientz formerly held the position of curator of Spanish, Portuguese and Latin American art at the Musée du Louvre, Paris. Via the Kimbell: “Kientz is a specialist in the Spanish Golden Age and European Caravaggesque paintings. At the Louvre, where he served as a curator for eight years, he developed the acclaimed exhibition Velázquez, shown at the Galeries Nationales du Grand Palais, Paris, in 2015, and co-curated the exhibition Ribera in Rome, held in 2014 at the Musée des Beaux-Arts, Rennes, and the Musée des Beaux-Arts, Strasbourg.”

Mr Kientz’s focus is on early 17th-century European painting. He’s currently organizing a major retrospective of El Greco that will be hosted at the Grand Palais, Paris later this year, and the Art Institute of Chicago in 2020. He holds degrees from three institutions in France. Via the Kimbell: “Following his graduation from the Institut National du Patrimoine, Paris, in 2008, he joined the Regional Direction of Cultural Affairs in Auvergne, France, where he oversaw the preservation of historic monuments and buildings, before his appointment to the Louvre in 2010.”

Kienz states of his appointment: “”I look forward to organizing stimulating exhibitions and working with the Kimbell‘s celebrated permanent collection of masterpieces to inspire and connect with Museum visitors. For all art historians and museum lovers, the Kimbell is a jewel, with its high-profile collection and unique, splendid architecture.”