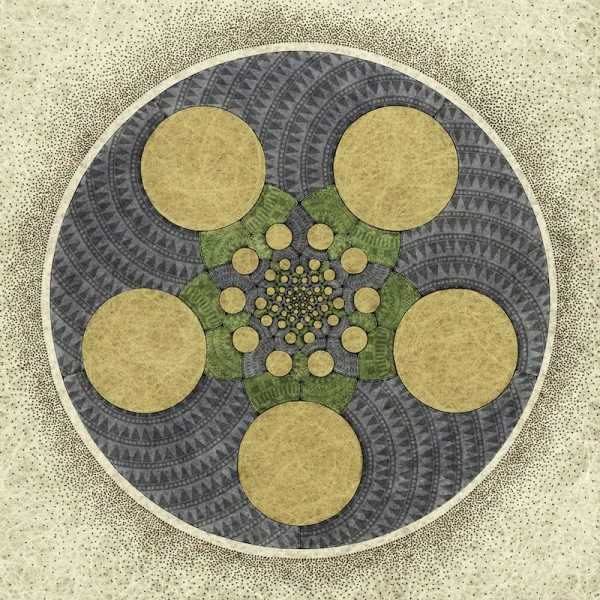 A rhetorical question (or unsolvable riddle) is whether we humans “discovered” mathematics, or invented it. Either one suggests something profound. If the former, it suggests that there’s an intelligence and order to the universe that could be considered the work of a creator or god. If the latter, it illustrates the impressive potential of the human mind to create a language that is extremely useful for describing the universe. The connection between mathematics and spirituality is deep and historical. Illustrations of the relationship can be found in Buddhist monasteries, the ceilings of mosques, and the spires of cathedrals. The language of mathematics pulses throughout the aesthetic world, present in Leonardo da Vinci’s Vitruvian Man and Bach’s circle of fifths. It can be, in some way, considered the source code of creation.

Conan Chadbourne, whose work is currently on view at San Antonio’s Radius Center, is an artist with a background in mathematics and physics. His art is an evocative visual symbol for mathematical ideas. As he writes in his artist statement: “In recent years, I have been especially interested in the concept of symmetry, as a mechanism for describing order in the universe, from its intuitive appearance in ancient cosmological diagrams to its important role in modern theoretical physics. The works in this exhibition represent the results of an extended meditation on the abstract mathematical description of symmetry, known as the theory of groups.” 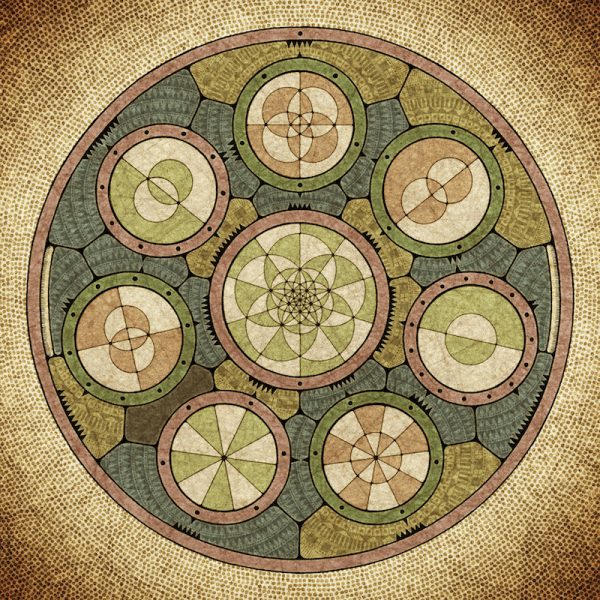 Each of the pieces in this large show depicts some sort of specific symmetry, such as groups of the two-dimensional Euclidean plane, or the icosahedral group. The viewer doesn’t need to know what these are — although it could provide a fun game for the mathematically minded. Chadbourne’s process for creating these pieces is a hybrid of human and computer efforts. He hand draws sections of the pieces and then scans them into a computer, colors them, and prints out high-definition inkjet prints. Some of the smaller pieces don’t quite mesh or seem a bit thin, reminding one an illuminated manuscript book in a computer roleplaying game (say, Myst), but the larger pieces have an elegant, mysterious glow. They’re intricate and serene with an elusive, almost Brian-Eno-esque Fourth World feel. Chadbourne’s strongest work successfully articulates the spiritual resonance of mathematics.

Ludwig Wittgenstein, one of the greatest philosophers of mathematics, resolutely argued that mathematics could not be discovered, but rather was invented by humans bit by bit, in determining the intra-systemic meaning between values, equations, and relationships. But, as Chadbourne’s pieces seek to visualize, such invention is nothing less than an unfurling of a perfect world.