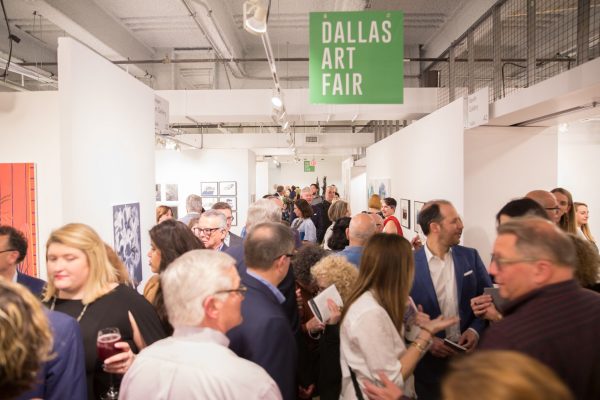 The Dallas Art Fair has announced the list of exhibitors for its 2019 fair. Now in its eleventh year, the fair, which is scheduled to run from April 11-14, the Dallas Art Fair continues to expand its roster to feature galleries from outside of the US. Most notably, the 2019 fair marks the first appearance of London galleries Sadie Coles HQ, Lisson Gallery, and Blain|Southern. (Lisson also has a space in New York, and Blain|Southern also has a gallery in Berlin.)

In recent iterations of the event, the fair has drawn increasingly prominent exhibitors from outside of Texas, including CANADA, James Cohan, Night Gallery, Gagosian, Lehmann Maupin, and others. Even so, the fair has always made space for Texas galleries; at last year’s fair both Houston and Dallas spaces put up a strong showing.

This year’s Dallas Art Fair will again be held in the Fashion Industry Gallery building, which is located in the city’s arts district, adjacent to the Dallas Museum of Art. The fair also plans to open a new, permanent project space in Dallas’ Design District, that will feature “year-round exhibitions and programming from its exhibitors and partners.”

Also returning for the 2019 event is the fourth round of the Dallas Art Fair Foundation Acquisition Program, through which the Dallas Museum of Art, via its donors, acquires pieces from exhibiting galleries. The budget for this initiative has notably grown since it was started: from $50K in its first year, to $100K, and then to $150K in 2018

See a list of exhibitors for the 2019 Dallas Art Fair below. To read Christina Rees’ reviews of past fairs, go here and here.

Here’s the Work the DMA Bought at the...