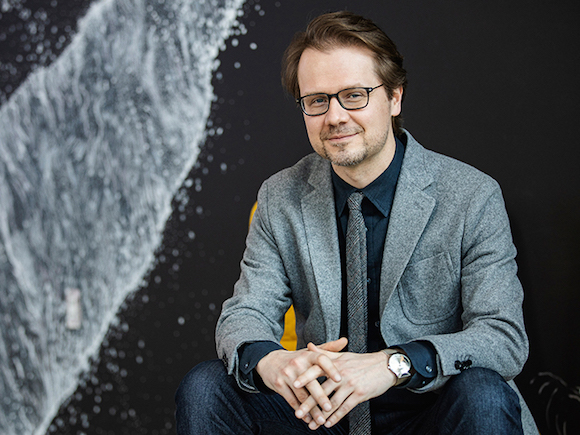 The University of Houston (UH) has announced that Steven Matijcio, internationally-recognized curator, writer, and researcher, will begin the position as the Blaffer Art Museum’s Jane Dale Owen Director and Chief Curator starting Monday, March 11. He currently serves as head of the curatorial department at the Cincinnati Contemporary Arts Center (CAC).

The Blaffer has been without a director since Toby Kamps left for London last summer after a short tenure. Mr. Matijcio has a history with Houston; in 2014, he organized the group exhibition Buildering: Misbehaving the City which traveled to the Blaffer, presenting a survey of international artists and their creative misuse of built space. According to the UH press release, Mr. Matijcio “became intrigued by the rapidly evolving demographics and global ambitions of Houston, as a site that reflected the face of the future American city.”

“Steven brings with him an impressive record of producing timely, thoughtfully developed and politically potent exhibitions, many of them with a social engagement aspect that is very much in line with current University of Houston and McGovern College of the Arts priorities,” states Andrew Davis, dean of the Kathrine G. McGovern College of the Arts. “He is the strong leader we need to move the museum forward.”

As the head of the curatorial department at the CA, Mr. Matijcio has curated solo shows of Firelei Báez (in 2018), Kahlil Joseph (2018), Glenn Kaino (2017), Andrea Bowers (2017), Do Ho Suh (2016), and Titus Kaphar (2015), among others. “Art and artists are found in so many places, inside and outside of the expected locations,” Mr. Matijcio said in a statement to ARTnews. “I like to say that I live my location through a curatorial lens, which means diving deep into the character of a place through exploration, research, interviews and experiencing art and performance across all disciplines.”