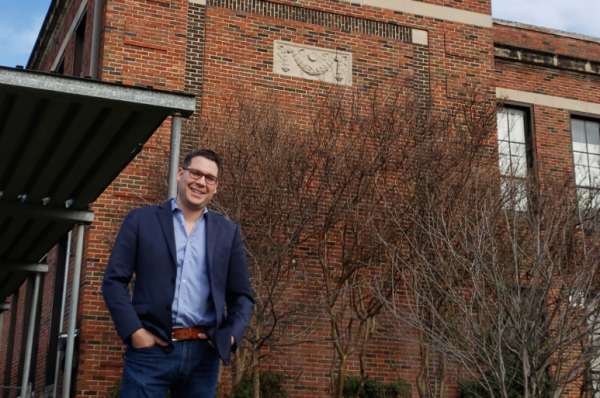 Giovanni Valderas, an artist based in Dallas, Texas, has announced that he is throwing his hat into the ring to become the District 1 representative on the Dallas City Council. Covering the North Oak Cliff area, the district is recently formed: Scott Griggs, the district’s current council member, was elected in 2011 to represent District 3, which was comprised of West Dallas, Oak Cliff, and Mountain Creek/The Woods. Then, after redistricting, he was re-elected in 2013, 2015, and 2019 as the representative of the newly formed District 1.

Mr. Griggs is planning to use the experience he gained in his years as a council member on a new endeavor: running to replace Mayor Mike Rawlings. Currently, he is one of seven candidates vying for the job.

In the meantime, Mr. Valderas sees the vacant seat in District 1 as an opportunity to give a voice to his community. In an email newsletter, Mr. Valderas notes why he feels running for office is important:

“I seek to improve Oak Cliff’s District 1 by including the entire neighborhood in the process that informs policy that improves the quality of life for every resident, not just for some. We need the policies coming out of City Hall to reflect our values. I want all of District 1 to know that they have a seat at the table. Our property taxes are climbing, but most residents in Oak Cliff haven’t noticed a difference in the quality of city services or improvement in their lives.

My Oak Cliff is a neighborhood where everyone belongs, regardless of race, ethnicity, or how much money you make. Where our paleteros, seamstresses, and dishwashers coexist with our local business owners and newest residents. We are a community that welcomes one another rather than displaces each other.”

In recent years, Mr. Valderas’ artworks have taken on topics of activism and gentrification.  Particularly, his Casita Tristes project, which uses anthropomorphic piñatas to comment on development in Dallas, is meant to highlight the problem of affordable housing in the city. Another project, a large-scale billboard commissioned by 14X48, an art space in the Bronx, reads “QUIÉN MANDA” or “Who rules?,” asking the question of which communities actually hold power within cities.

If Mr. Valderas is elected to the Dallas City Council, he won’t be the first artist to hold public office in Texas. In Marfa, Ann Marie Nafziger has since 2017 served as the town’s mayor. Her term ends this year.

So glad to see this, Giovanni! As an Oak Cliff kid, I am especially happy to read about your campaign. Well done.