Prado on the Prairie: Rivera, Picasso and Gris at the Meadows 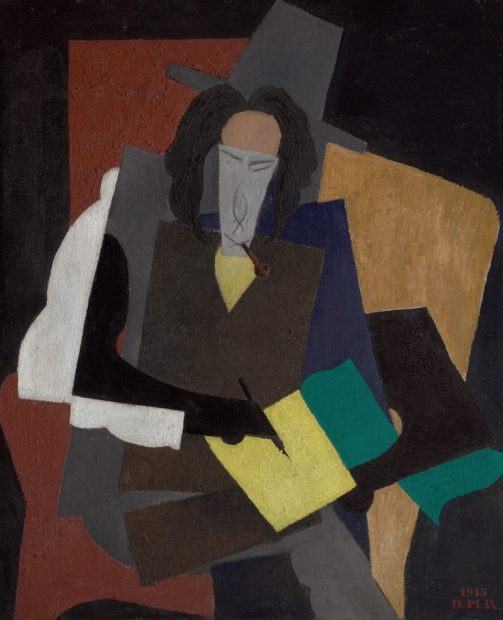 No one does swag like the Spaniards. If you don’t believe me, a trip to SMU’s Meadows Museum in Dallas will persuade you of this simple premise. There you’ll find row-upon-row of visages of dignitaries decked out in such regalia and situated in rooms brimming with patrician glamor that make most palaces seem like exercises in restraint by comparison. And, as can happen, I was simply not in the mood for it, especially on a gray, rainy day. I was a waif lost in polished weeds. But once upstairs, a huge and luxuriant beam of radiance came into view.

If one turns a corner in the upper gallery, a sunny narrative breaks open and dispels any and all disquietude. Three pieces line up and make for a fabulous group of paintings that can almost be treated as siblings. I refer to works done by Diego Rivera, Pablo Picasso, and Juan Gris. The first is Portrait of Ilya Ehrenburg, circa 1915; it was painted when Rivera was spending time in Paris during World War I and thoroughly became entranced with the Cubist movement. While he did work in landscape and still-life genres, he seemed to gravitate to portraiture. He summed up his fascination this way: “As the old world would soon blow itself apart [in World War I], never to be the same again, so Cubism broke down forms as they had been for centuries, and was creating out of the fragments new forms, new objects, new patterns and – ultimately – new worlds.”

Rivera’s portraits commemorated his relationship with close European companions, including many who were part of Paris’s Russian émigré community. The group included Bolsheviks living in exile after a failed St. Petersburg insurrection in 1905. Ilya Ehrenburg was a young Russian novelist who captured his attention, and that is fortunate for us. His portrait of her is stunning, and his use of shape and color is both spare and brilliant. It alone is worth a trip to the “Prado on the Prairie.” 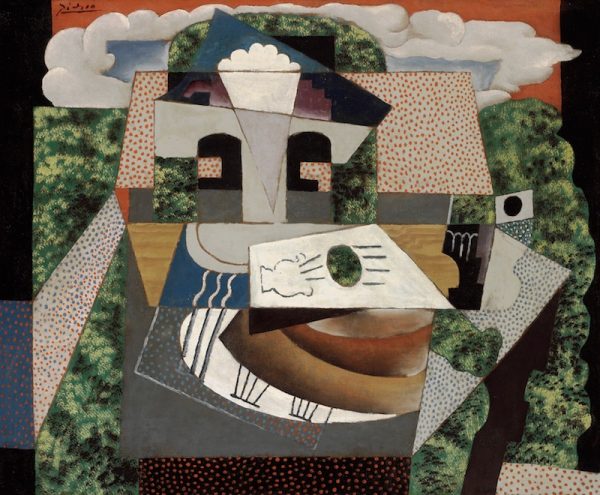 Next to it is a Picasso that’s also a genuine stunner: Still Life in a Landscape. The colors are eye-popping, and the work spills over with luxury that renders archaic palaces beside the point. It’s a lyrical depiction of a carefully arranged table, including fruit, a mandolin, and a glass. Surrounding it are areas punctuated by building facades, blue skies and brilliant foliage. Plus, to say this was a prolific time in the arts is an understatement. The same year Picasso painted his work, Joseph Conrad, Somerset Maugham, and Edgar Lee Masters were all working feverishly — as was Albert Einstein. In fact, it’s interesting to speculate on the simultaneity of Cubism and relativity. But I’ll leave that to people far more informed about the zeitgeist of the period than I. 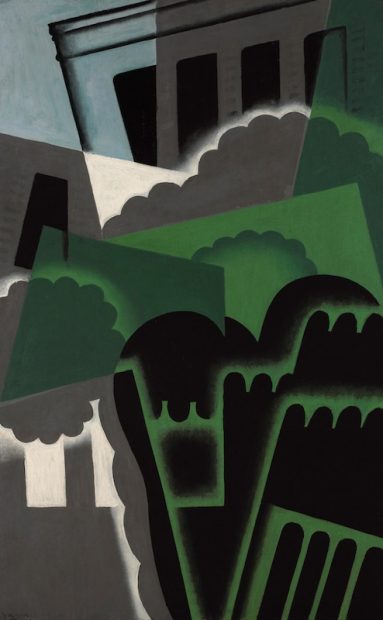 Lastly, the third work in this sunny triumvirate is an oil on plywood piece painted in 1917 by Juan Gris, simply titled Cubist Landscape. And it is simple. It’s also utterly splendid. It’s a perfectly assembled collection of various iterations of green, black and gray. Like the Picasso painting, it conveys a lyric sensibility that is so deeply moving that it is understandable why it’s been said that Juan Gris was the only artist sufficiently talented to make Picasso uncomfortable. He was a favorite of the inimitable Gertrude Stein, and Gris himself stated, “I prefer the emotion that corrects the rule.” Who among us would not concur? When he was young, he was a talented student and his love of mechanical drawing is evident in Cubist Landscape. Along with its two counterparts, always on view, Gris’s painting is a fabulous experience. It serves as a scythe to exit the weeds that may feel as if they are encroaching on gray days — and it would be unfair to ask for more.