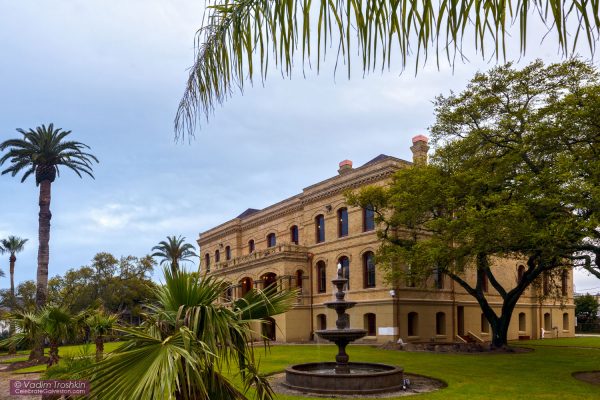 The Bryan Museum in Galveston, Texas

Galveston’s Bryan Museum, an institution dedicated to preserving the histories of Texas and the American West, has announced that it is launching a new lecture series that will explore specific topics related to the state’s past.

Covering subjects ranging from the Alamo and the Battle of San Jacinto, to the role of women on the Texas frontier, the museum’s Historically Speaking Lecture Series will expand on moments and concepts that are well-represented in its collection. Since it opened in the summer of 2015, in the historic Galveston Orphans Home, the Bryan Museum has been a must-see for islanders and visitors alike.

Housed in the building is J.P. Bryan’s collection of maps, art, firearms, saddles, documents, and various other objects, all of which relate to the history of the American West. Mr. Bryan’s particular fascination with Texas’ history comes with good cause: he is a descendant of  Stephen F. Austin’s sister, Emily Austin Bryan Perry. 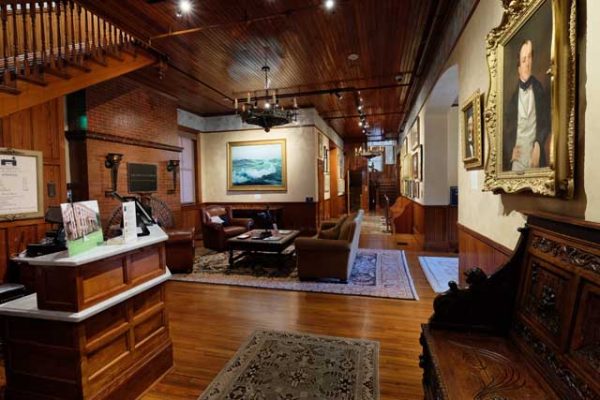 The Bryan Museum in Galveston, Texas

Taking cues from his father, who was also a collector of Texas maps, family documents, and other artifacts, Mr. Bryan first went into the rare book business. He then continued collecting as he stated the energy company Torch Energy Advisors. Eventually, Mr. Bryan’s collection filled more than 25,000 square-feet of Torch’s office space, and he began to think about finding a more public and permanent home for it. In October of 2013, Mr. Bryan purchased the Galveston Orphans Home, and decided to restore the structure to display his collection.

See below for a schedule of the Bryan Museum’s upcoming Historically Speaking Lecture Series programs. To RSVP for the talks, go here.

Myth Busting: Alamo Curator Disrupts Stereotypes
Saturday, January 19, 2019, 4-6 PM
The Bryan Museum’s Historically Speaking lecture series kicks off with Dr. Bruce Winders, Curator of the Alamo, as he tackles the idea that history is boring. Dr. Winders has devoted his career to finding ways to make history approachable and exciting! Find out how he has transformed the visitor experience at the Alamo and what this means for education today.

Sea of Mud: the Retreat of the Mexican Army after San Jacinto, an Archeological Investigation
Saturday, April 20, 2019, 4-6 PM
Most Texas history books and Texas aficionados consider General Santa Anna’s surrender to Sam Houston at the Battle of San Jacinto the final episode of the Texas Revolution. Join archaeologist, historian, and author Dr. Gregg Dimmick to uncover the forgotten stories of the Battle of San Jacinto’s aftermath. The history of the Texas Revolution will never be viewed the same again…

Daughters of Frontier Texas: Colonizers, Civilizers, and Captives
Saturday, July 20, 2019, 4-6PM
While men largely immigrated to Texas, enlisted in the Texan army, defeated Santa Anna at San Jacinto, and served in the ranks of the Republic government, women’s roles, as prescribed by society, traditionally rested with the home, the hearth, and the family. Our guest speaker, Mary L. Scheer, will examine the lives of Texas women—including Anglos, Tejanas, and African Americans—who helped settle the frontier, build communities, and, at times, suffered capture by the Native Americans. Scheer is a professor of History and Director of the Center for History and Culture at Lamar University.