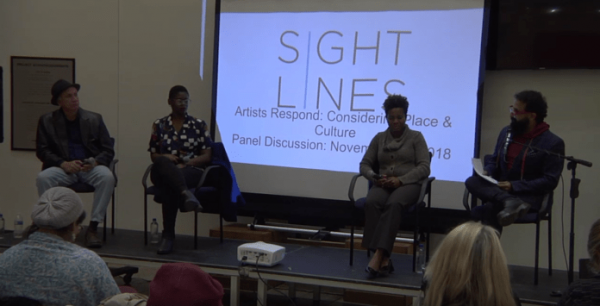 On January 17, 2019, three Austin-based organizations — the George Washington Carver Museum, Cultural and Genealogy Center, Big Medium, and Sightlines — will host a public discussion to address issues of placemaking and displacement in the city.

Although affordable housing and workspace has long been an issue across Austin, in more recent years the city’s tech and expansionist boom has hit its east side — an area east of I 35 that many artists and artist-run galleries called home. We’ve seen the effects of this development take hold, and smaller spaces like Not Gallery have shut down, and other organization like Pump Project, ICOSA Collective, MASS Gallery and Flatbed Press have been forced out of their buildings.

Of course, Austin’s boom hasn’t just affected artists. During the 2018 East Austin Studio Tour, the event Sightlines Spoken: Artists Respond — Considering Place and Culture was presented by the publication in collaboration with the Carver Museum and Big Medium. In that talk, Nefertitti Jackmon, the executive director of Six Square: Austin’s Black Cultural District, emphasized that affordability is an issue for many of the city’s communities, saying:

“Affordability in Austin is problem that everybody is facing. The city has an obligation to help (curb displacement). So does our philanthropic (community) and the corporate sector, like developers. We have to work together collectively to find a solution.” 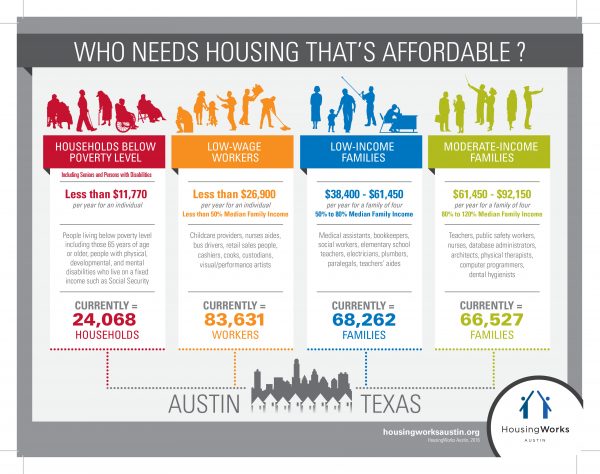 Another of the event’s panelists, artist Cindy Elizabeth, noted how displacement in Austin is a longstanding issue, and has aversely affected communities of color:

“I’m not sure a lot of artists are as aware as they should be of the history of displacement in this community and everything that has led up to the current situation. A lot of those artists who are at the forefront of those conversations [about affordability, are not] artists who are part of the historical communities here in East Austin. The conversation should begin with the history of the displacement of people in East Austin and Austin in general.”

Speakers for the upcoming January 17th panel include Priscilla A. Hale, the executive director of allgo, a statewide queer people of color organization; John Yancey, who serves as a professor of studio art at the University of Texas; and Alan Garcia, an independent archivist who runs the Instagram account ATX Barrio Archive, which is “a virtual museum of visual culture that documents Latinx and African American neighborhood history.”

Placemaking & Displacement: A Public Dialogue is scheduled for January 17th, from 7-8:30 PM at the Carver Museum (1165 Angelina St). For more details, go here. To read about how Austin is trying to curb its affordability issue for creatives, go here.

Sharp by Havel+Ruck in Houston (and the specter...

Canvas, a New Austin Gallery, Opens with the...