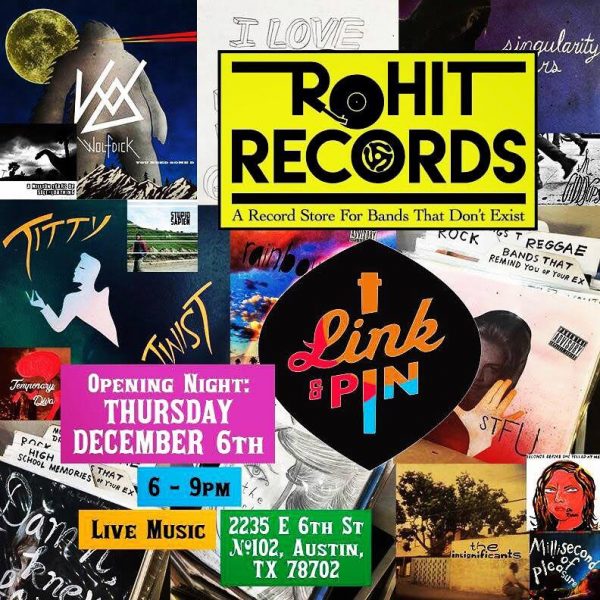 One of my favorite megastar flexes of all time was when Garth Brooks — while he was the most popular country star and simply one of the most popular musicians of all time — made a weird conceptual move where he assumed a made-up character named “Chris Gaines” and released an album of Gaines’ “Greatest Hits.” Brooks as Gaines looked sort of like a dark magician/pick-up artist, and there was an intricate backstory of the “Australian” Gaines, whose life was marked by tragedy and superstardom. There was also supposed to be a movie about Chris Gaines called The Lamb that sadly never got financed (I would pay probably $100 for a ticket to that movie). The album is not very good, and was a huge bomb — apparently there are more remaindered Chris Gaines CDs than any other in the world, but it is a hilarious and devastating critique of performance and the idea of persona. What’s really the difference between an absurd, fake Australian crooner with a soul patch, and Brooks, a heavily styled country scorcher with thin silver belt buckles and multi-colored shirts? 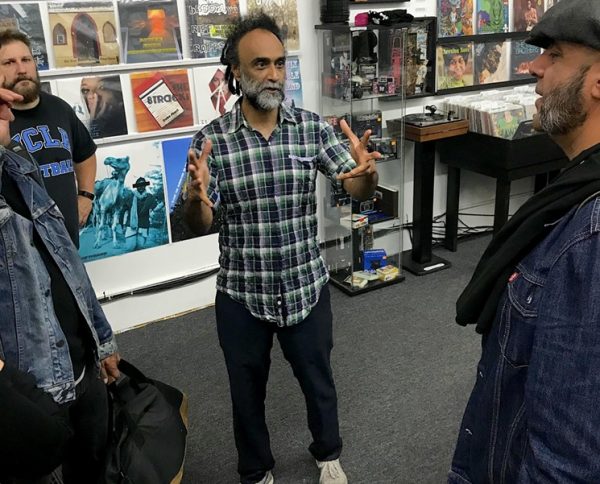 This hazy idea of real and fake is charmingly explored in a show by LA-based artist/designer/animator/director Rohitash Rao, at a new Austin space called Link & Pin. Rao has created a fake (and traveling) “record store,” entirely made up of fake records and promo posters by and for fake bands. Some of the selections hit harder than others. Some are just silly puns, such as The Sackstreet Boys or Wolfdick. Others, such as A Million Years of Self Loathing, and Edible Forest, seem like they could easily receive a middling Pitchfork review or play a minor stage at Coachella.

The setting of Link & Pin provides a sly interplay with the show. Housed in one of the new, ubiquitous mixed-used developments overtaking parts of Austin — those kind of late-capitalism nightmares that look like stacks of mauve minivans— the idea that such development would house a fake store is eminently reasonable. We live in simulacrum times, where “libraries” in luxury hotels are filled with books cut in half, and most “prestige” films or television shows are some hazy sketch of gravitas. I find, as I regularly see art shows, that many are the simulacrum of “serious art,” with some twisted shattered ceramics on the floor, or a glowering photo series of a diverse array of people nude by a waterfall, along with some somber statement that seems fairly untethered to the work. I think perhaps times are so insane and overwhelming now, with a tenor and velocity that feels new to most people (I routinely see boomers posting hand-written QAnon signs around town at this point), that processing it all seems too much to bear. And thus, the accouterments of culture become increasingly flimsy and ephemeral, like a set of a film that will shut down momentarily and imminently.

At Link & Pin, Austin, through January 3, 2019. The closing party that evening will feature (real) live music.