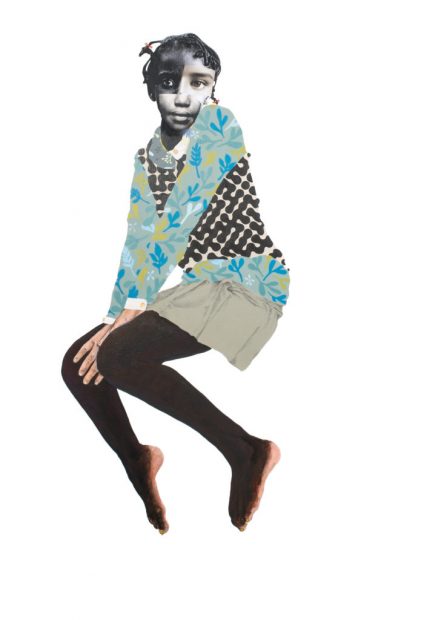 It was announced this week that Texas artist Deborah Roberts has been named as a recipient of the 2018 Anonymous Was a Woman grant. The award, which takes its name from Virginia Woolf’s A Room of One’s Own and comes with a $25,000 unrestricted grant for each artist, is given annually to female artists over the age of 40 in recognition of their career, their growth, and their potential.

The Anonymous Was a Woman grant program has been in operation since 1996, and for years was run anonymously. But just this year, artist Susan Unterberg outed herself as its founder. In a statement, she explained her impetus behind the award:

“I founded Anonymous Was a Woman to fill a void that I witnessed myself: support for women artists in the middle stages of their careers. I am thrilled to continue this mission by recognizing this year’s group of remarkable women at a moment that there is heightened discussion about the vitality of women’s voices.”

Over the past 23 years, Anonymous Was a Woman has awarded more than $5.8 million to 230 artists, including a 2003 award to Texas painter Melissa Miller. In 2017, the program’s ten awardees included Amy Sherald, the artist responsible for painting Michelle Obama’s portrait for the National Portrait Gallery; and Jennie C. Jones, an artist whose work was the subject of a 2016 solo exhibition at the Contemporary Arts Museum Houston.

Texas artist Deborah Roberts is joined on the 2018 grantee list by nine other artists, including Maria Magdalena Campos-Pons, whose work has been featured prominently this year in Austin.

Roberts told Glasstire of her win: “This is an wonderful award and I’m humble to be included with this list of amazing artists.” A full list of 2018 Anonymous Was a Woman grantees is below.