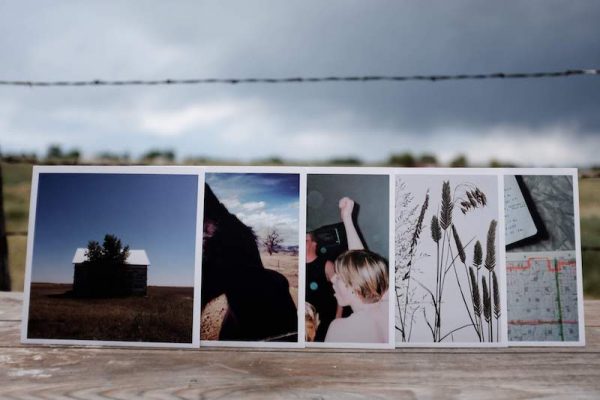 Events of the past 40 years have had a hollowing effect on rural America. The collapse of manufacturing and unions, the automatization of agriculture and disappearance of the family farm have introduced a dark hue and existential instability to rural regions, forcing people to work multiple low-wage jobs or pushing them into unemployed desperation and drug addiction. From this living Bruce Springsteen song, a latent white nationalism — never really gone but in a relative hibernation — has roared awake in defiance of changing times and the dissolving of some dream of racial order. This is the current dominant narrative of ruralism in America as chronicled in painstaking detail by a tiresome, endless stream of magazine and newspaper ruin-porn profiles, and quotes from hardscrabble folks from the local diner.

The interdisciplinary collective M12 has created a thoughtful, witty, and imaginative retort to current rural America and the way it’s covered by those outside of it. The collective is comprised of artists, writers, and researchers from across the country, some from Texas, who occasionally convene in Colorado. The collective’s current members are Richard Saxton, Margo Handwerker, Peter de Kan, Matthew Fluharty, Kris Harzinski, Stuart Hyatt, Marc McCay, George Perez, Mary Rothlisberger, Chris Sauter and David Wyrick. M12’s work ranges from installations (such as the excellent Center Pivot exhibition at Sala Diaz in San Antonio last year), lectures, and the publication of unique objects. These publications are partly journals of found writing, poetry, and essays; they’re also part art publications of collections of existing photographs, maps, posters, and other materials, as well as original art and photography. The resulting volumes are profound and expansive meditations on various interconnections of rural American life. 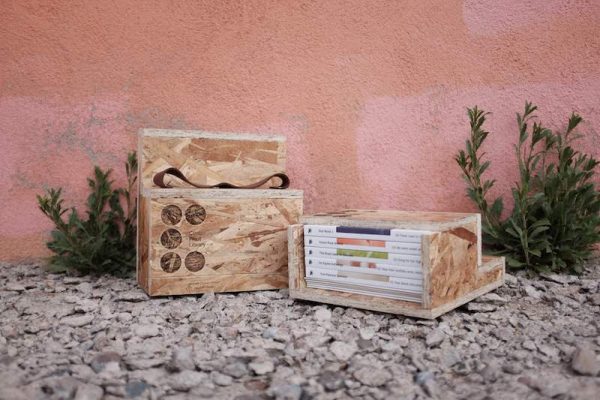 These have recently been collected together in the creatively packaged Center Pivot Library, made up of the five existing volumes — Star Route 1; Future Rural Archive; This Road to Nowhere; An Equine Anthology; and Cool Pastoral Splendor. Each volume is paired with a 7” vinyl record containing corresponding songs and sound pieces. The journals and records are all housed in a rough particle-board box with a leather strap. It resembles a toolbox, which is a fitting reference for a project that plumbs the ideas and definitions of rural identity. The Library establishes a lattice of symbols and interests across rural America — an eccentric web of rural post offices, country museums, punk shows, horse auctions, and double-wide trailers — and seeks patterns and codes in what could be dismissed as bleak banality, or a secret world in plain sight.

Volume 1, Cool Pastoral Splendor, finds a fruitful collaboration between the photography of Richard Saxton and the corresponding poetry of Kurt Wagner. Saxton is one of the founding members of M12 and Wagner is a prolific musician and artist and the singer and founder of the lovely, cosmic country band Lambchop. The black-and-white photographs document detritus and entropy of rural America — skeletal signs, abandoned storefronts and empty intersections. But Saxton’s work doesn’t wallow in a grim fatalism of rural decline; it instead presents a cool, pastoral splendor. It’s paired with Wagner’s wry and elegiac verse that’s haunted and in awe of the passage of time. One poem, titled The Grand Tour, in concert with a photograph of an unassuming shingled lean-to, reads: “Downstairs/divided into three periods/the colorful past/the golden age/the off white Retirement/Upstairs/wide open spaces of green, nice with out mercy.”

In the epilogue essay, Kristen Stoltz writes that the Rolling Stones album Exile on Main Street and the Stephen Shore’s photo book American Surfaces, both released in 1972, are integral in the formation of the aesthetic idea of Americana, one which is leisurely explored throughout the Center Pivot Library. Stoltz writes: “These works plugged us into a love for ‘America.’ Not in a flag waving, patriotic kind of way, like remembering the feeling of grit in your teeth from a dust devil bouncing around a fallow farm field.” I would add that such sentimentality in Americana in the Center Pivot Library has an element of the Brazilian-Portuguese word saudade, which is a form of melancholic nostalgia and longing, and that such melancholia arises from the fact that what is being remembered may have never existed at all. One of the revelations of the Center Pivot Library is its easy sense of wit and humor, suggesting that perhaps we should take Americana and the idea of America a little less seriously. 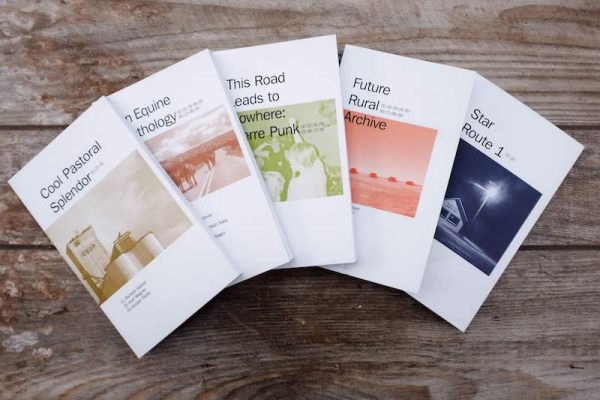 The journals ebb and flow in the intensity of their aesthetics and content. In contrast to Cool Pastoral Splendor’s easy minimalism, An Equine Anthology is a dazzling collection of writing, paintings, photographs and found articles that together create a circling, 360-degree birds’-eye view of the horse — its history, its symbolism, its very idea. It includes newspaper stories about horse meat, in-depth guides to horse transport and management, memoirs about show horses, statistics about horse slaughter, pictures of cowboys and rodeo riders, and a striking collection of paintings by Native American artist Jaune Quick–to–See Smith. An Equine Anthology has a menacing, galloping velocity, with its topographically disparate perspectives of a cornerstone of American mythology rising together, like a wave or a wall of arrows.

After the epic zoom out of An Equine Anthology, the Library telescopes back in (or pivots) for a loving tribute and collection on the punk-rock scene of Pierre, South Dakota from the ’90s and early 2000s. This is such a specific and obscure scene as to  escape punk-historical notice, which is exactly the point. I barely knew that Pierre was a city in South Dakota, and certainly wasn’t aware of its punk scene. The Road Leads to Nowhere: Pierre Punk relishes the minutiae of a micro-culture, one that had no ambitions beyond acting as a release for bored teenagers in a prairie state, but is probably remembered by many as a Proustian moment of halcyon bliss and community. The lesson here is the primacy of doing and the allure of going nowhere, of being no one, the joy of not caring if something happened with all this. Such existential “presentness,” steeped in memories, acts as its own hinge. The famous Faulkner quote: “The past isn’t dead. It isn’t even the past,” proposes that the weight of history keeps bearing down on our backs, forcing us to crawl on our knees through curses and chaos. But in the Center Pivot Library, the past plays out as something lighter — a Doppler sound fading in and out.

Volume 4, Future Rural Archive, is perhaps the most illustrative of the Center Pivot project. Like An Equine Anthology, Future Rural Archive takes a wide look at its subject, in this case country museums, roadside attractions, grassy cemeteries and other on-the-road eccentricities and ephemera. The Center Pivot Library does not merely catalogue rural kitsch; it questions the assumed definition of kitsch, and posits that perhaps it doesn’t really exist, and the reality of sentimentality intrinsic in collection and history is much stranger and thornier than any pat definition. As Mimi Zeigler writes in the volume: “This is the indefinite space of the future, the rural, and the archive. Roadside memorials and county museums, harvesters and snow fences are mnemonic devices that rather than point us to some fixed point in time, allow us to drift across an atemporal field. “

This atemporal drift is elegantly summarized in the library’s last volume, Star Route 1, which connects a photo series of rural post offices and expansive textual reflection on a wide range of topics connected loosely though the idea of space, time, and distance. One passage by Keith Meldalh reads: “Earth processes that seem trivially slow in human time can accomplish stunning works in geologic time. Let the Colorado River erode its bed by 1/100th of an inch each year (about the thickness of one of your fingernails.) Multiply by six million years, and you’ve carved the Grand Canyon.” This lithe telescoping is the endlessly inquisitive core of the Center Pivot Library. Minutiae is massive, the massive is minutiae — they pivot back on each other like shutters of a viewfinder, the arc of a horse track, the open-ended deja vus of small towns and rural spaces. I’ve been here before, but can never remember when. Perhaps this is the first time after all.