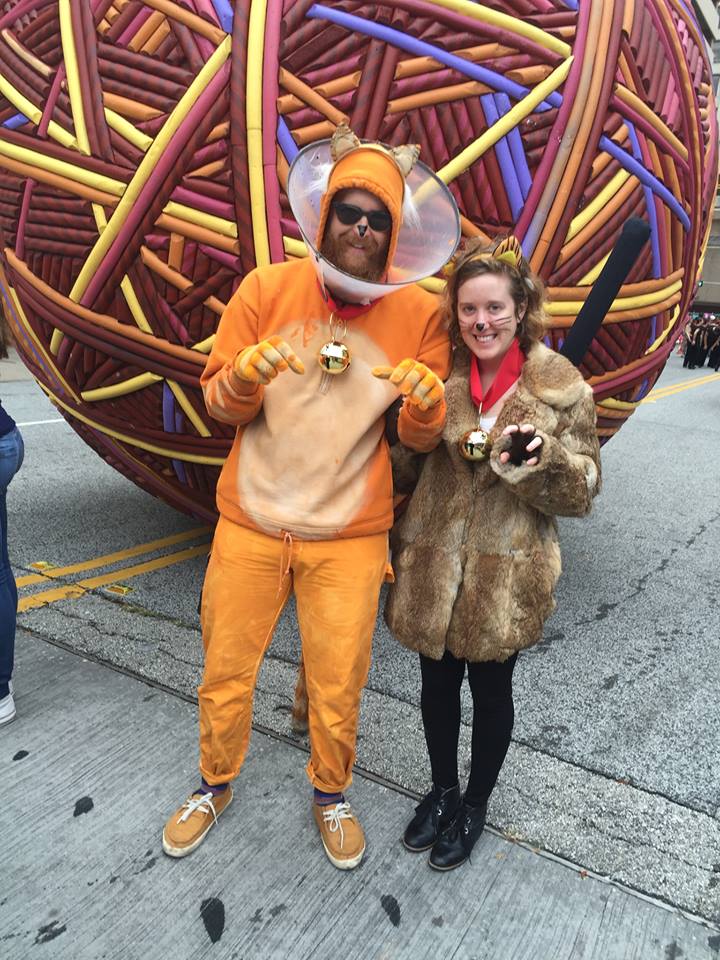 In 2013, Houston’s Thanksgiving Day Parade was almost cancelled after more than six decades, as Glasstire reported in “Thanksgiving Saved by Houston Artists, the Mayor’s Office, and Skateboarding Vegetables!” Leave it to artists to save the day at the last minute. So, this year, Houston will hold its 69thAnnual H-E-B Thanksgiving Day Parade. It may not be quite as goofy as the floats they made for the 2013 parade, but the list of participants includes a roller derby and a truck full of undies. It starts tomorrow at 9am. For the full parade route, go here.

Tripstodiscover.com has a list of parades throughout Texas. Although Houston holds the largest Thanksgiving Day parade that occurs in the Lone Star State, the list includes El Paso, Fort Worth, San Antonio (floating down the River Walk), and Austin (Chuy’s Children Giving to Children Parade occurs in Austin the weekend before Thanksgiving by collecting toys to donate, since this parade raises money for “Operation Blue Santa,” a non-profit organization that provides toys to children in need in the Austin area.)

Smaller towns post lists of which stores, government offices, and restaurants are closed and which restaurants are open to serve turkey dinner. You’ve got to eat, right? You will eat.