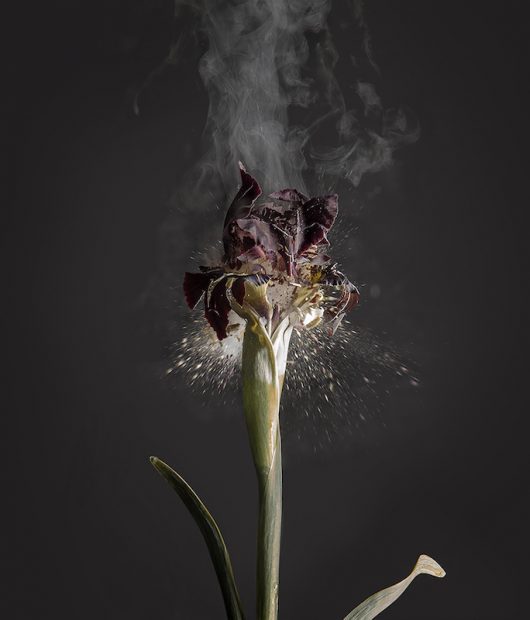 It is said that Ibsen wrote about Norway from an airy room in Italy and Willa Cather’s prairie narratives were penned in Manhattan. I only insert this information to point out to readers that Ori Gersht’s work, created in London and now on view at Talley Dunn Gallery in Dallas, erupts with ontological explorations of truth and time. Specifically, this is done via an appreciation of the Holy Land and the Pentateuch while simultaneously offering homage to memory and the state of European and Zionist cultures. This show serves as a reminder that the ancient and eternal axis mundi can become available anywhere we choose to excavate it. And the work comprising the show operates as darkly lit incantations that wring from us emotions similar to those evoked by scriptural texts that explore the sacred and its affiliation with the mundane. I suggest that you avail yourself of magic in local rooms. 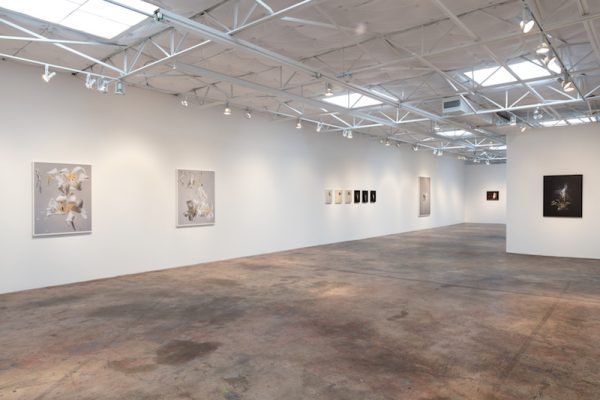 While Gersht’s art underscores the flare of a created world imbued with metaphysics, he also accomplishes a similar feat when he speaks. He exudes a soft gentleness and, before you can fully lean in to hear him, he is remarking on Moses and Mount Sinai with the deftness ordinary folks exercise while perusing cashmere or choice garden produce. He has a generosity that grants anyone he meets ingress to the illimitable world — one that has nearly been demolished in favor of a fashionably cramped pop culture. For example, he expresses fascination with the notion of a “burning bush that is never consumed.” This is familiar ground for students of Mircea Eliade and other scholars who are willing to postulate: a) the existence of sacred ground, and b) its momentous and somewhat terrifying beauty. 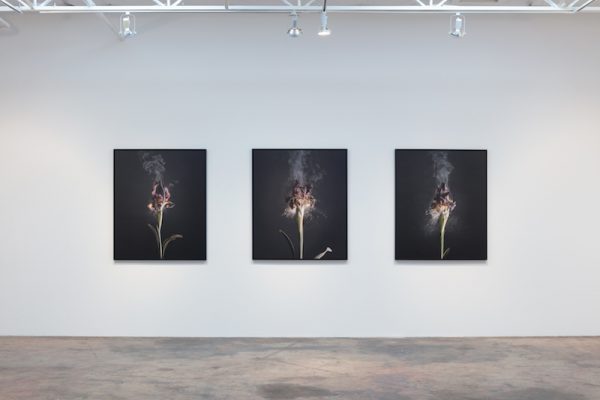 Gersht’s show is bifurcated into two channels: New Orders, an exploration of European culture, including its fractious present, and Fragile Land, works that explore the notion of memory (both personal and national) vis-à-vis flowers found in Israel as well as Old Master’s European works. Thus, Gersht delivers to us a series of black irises (Iris atropurpurea, D01, 2018; DO2; and DO3) each of which depicts a single flower ominously shown against a backdrop of curling smoke. The smoke, of course, can be taken as a smudged reminder of Sinai and its perennially burning bush — and, so, these works synch up nicely as sibling considerations of Gersht’s central fascination. 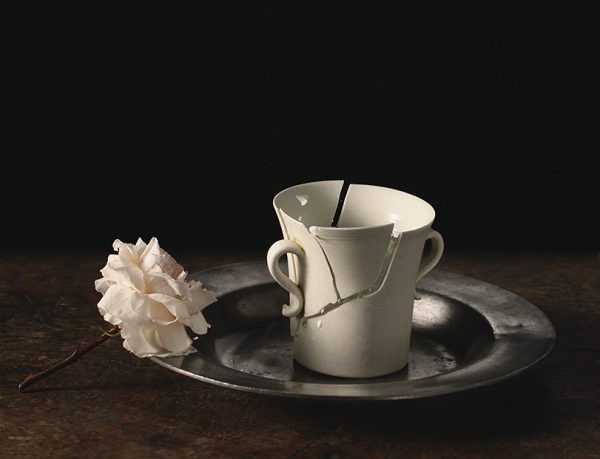 Gersht also explores how said botanical specimens move from effulgent “blooms to nothingness.” He accomplishes this by the use of high-speed digital and film cameras that are used to capture the “truth” of the moment when created sets are demolished with an air gun. Gersht creates lush images, reminiscent of Francisco de Zurbarán, that show the abundance of a world rife with flora, platters and shapely vessels. (Two examples are: New Orders 01 – Untitled 01, 2018; New Orders 02 – Untitled 02, 2018.) This world erupts in luscious streams when glass pitchers are shattered and crockery is ruined by blasts, or simply made more gorgeous by revealing its hollows and contours. Other works, more pared back, depict abstract shapes wrought from monotone colors that echo the work of Italian painter Giorgio Morandi. They recall great works of European history as well as the current fractious state of the EU. 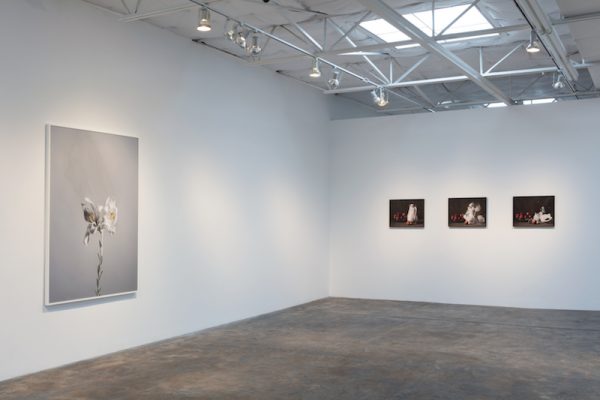 The show’s images that employ works with a European cant also (phenomenally) show us an aperture into the eternal. The idea of annihilation via the deployment of air (perhaps an iteration of infinite breath or pneuma) implores us to occupy, even if momentarily, a textured and quotidian world that demands a consideration of the transcendent, or its absence. This is quite different from suggesting that these worlds exist side by side. Instead, they’re intermingled and yet distinguished — in the same manner that metaphor is absolutely different from its more flimsy counterpart, simile. Whatever is there is always there, and blasting it with air exposes to us its remarkable beauty. 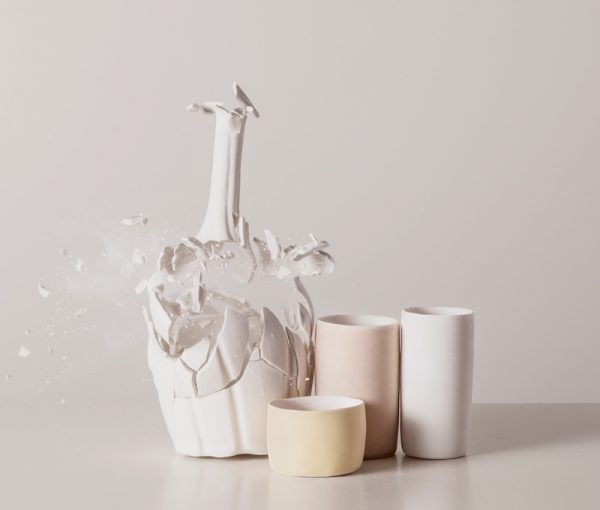 Gersht’s show works on many levels. Take it in as an example of outré photographic technique; as historical commentary on the Israeli penchant for preserving botanical artifacts; as an indirect exploration of the works of European Masters; as references to remnants of Wisdom literature. But do take it in. Or, better yet, let it take you.

On view at Talley Dunn Gallery, Dallas through January 19, 2019

Talley Dunn Gallery Introduces Its “Equity in the...