Marfa Myths, an annual music festival organized by the Marfa-based non-profit Ballroom Marfa and Brooklyn-based record label Mexican Summer, has announced the bands for its 2019 festival lineup. Scheduled for April 25 – April 29, 2019, Marfa Myths’ sixth year boasts the “most eclectic and electrifying” programming that the festival has seen yet. Performers confirmed for the 2019 festival lineup include:

As opposed to other music and arts festivals that are cordoned off in a park, like Austin City Limits, or Day for Night, Marfa Myths instead takes over the small West Texas town for a weekend: performances happen at myriad venues across the town, from places intended to host gatherings, like the newly built Saint George Hall and the Lost Horse Saloon, to more unorthodox spaces, like Wrong Marfa, Chinati Foundation buildings, and street corners. In a recap of the 2018 festival for Glasstire, Neil Fauerso expanded on this notion of Marfa Myths being a different kind of festival:

“Perhaps it’s my entry into middle age, but most music festivals now seem to be a horrifying simulacrum of modern life: you’re trapped in a heavily surveilled “pen,” everything is expensive, and divorce-wave bands like The National and LCD Soundsystem incessantly bray over the fields. Even if someone gave me free VIP tickets to Coachella and a terrycloth jumpsuit emblazoned with the word “Hyphy,” I wouldn’t go…. Marfa Myths feels elusive and rare, and after going two years in a row it has become to me what I imagine Burning Man is to a burner who runs a bulletproof coffee rickshaw in Santa Cruz — I get to be with my people and I look forward to it all year.” 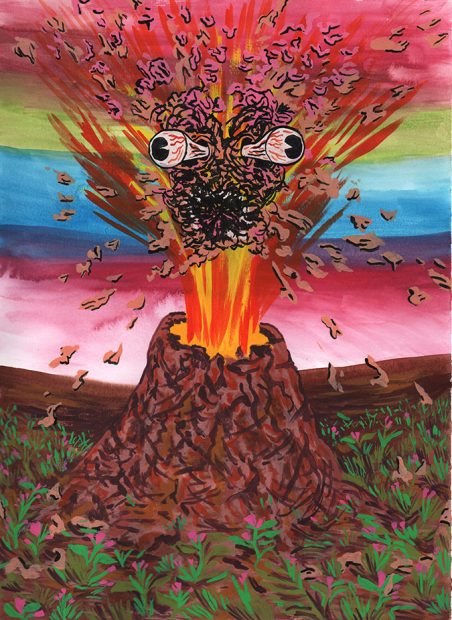 For more information about the festival, go here. To read Glasstire’s recaps of past Marfa Myths festivals, go here and here.