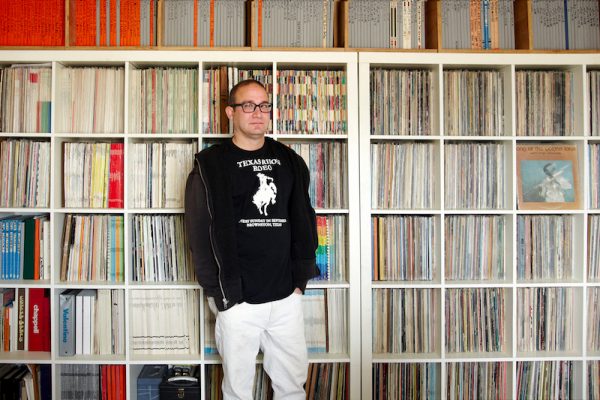 Between the 1960s and ’80s, during the heyday of independent genre filmmaking and low-budget television production, a vibrant yet mostly unknown, international sub-industry of “library music” flourished. Studios employed composers and musicians to record all manner of music for use by filmmakers as inexpensive, off-the-rack soundtrack elements. The business created opportunities for great composers to work consistently with few constraints and none of the pressures of hit-making, while it offered media makers wider sonic possibilities that were much cheaper than original scoring. These libraries of LPs were released only to media professionals, and the anonymous music ended up in unexpected places, serving to score sci-fi, horror, action, blaxploitation, documentary, and educational films — even television news shows and porn. The new book Unusual Sounds: The Hidden History of Library Music and its companion music compilation (Anthology Editions/Mexican Summer) shed light on a hefty sliver of this musical universe previously known only by film industry folks and small circles of DJs and record collectors. 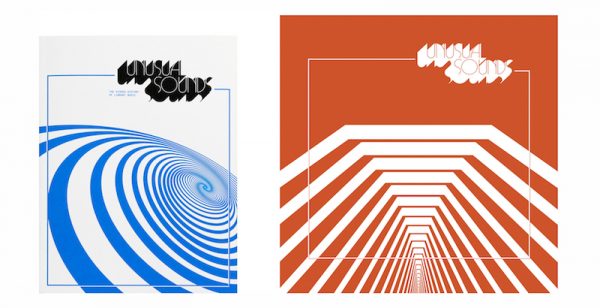 This book and music comp are a result of decades of digging and dot-connecting by San Antonio-based David Hollander. Hollander is a filmmaker who has been involved in everything from high-end art films to narrative features to TV cartoons, as well as being a writer, curator, organizer, and distributor. He and his partner, artist Jennifer Lane, founded and curate the adventurous annual CineMarfa festival in Marfa, Texas each spring. Hollander is also a lifelong assembler of esoterica, with personal collections including all sorts of music recordings, film prints, books, art works, musical instruments, and objects.

I recently spoke with Hollander in conjunction with the Unusual Sounds releases, and I first asked him about the impulse at the heart of his collecting efforts. “Collecting isn’t just about acquiring; it’s about grouping and sequencing things. Connecting the dots. And I think it’s about sharing. There’s often a hermetic nature in collecting.  But for me it’s more about this idea of further disseminating things — to save them and to get them out there.”

Hollander grew up in Los Angeles, and began digging in the crates at record shops on Melrose at an early age. Somewhere along the way, he happened upon a handful of mysterious LPs that would lead him into his long journey through the alternate universe of library music. From the beginning, he was intrigued by the dynamic instrumental music he was finding, its occasional random connections with various movie soundtracks, and the vague indications of a much deeper well of unearthed vintage recordings. So he began making calls and travelling the globe to find out more about the origins and breadth of the world of library music, and the status of master tapes.

Hollander eventually amassed one of the largest personal collections of vintage library music records on the planet, meanwhile connecting with many of the original composers and archives, and giving new life to vintage gems by facilitating reissues and also placing pieces in new films and TV shows. His work as a music supervisor has encouraged his library music obsession, and vice versa. “My interest in this all comes from thinking about how music is used in film.” He has recently partnered with Lorenzo Fabrizi to form Intermezzi, a label representing a lot of the best vintage Italian library music for syncing in the soundtracks of US and Canadian productions.

Hollander’s rigorous investigations of the golden age of library music is evident in Unusual Sounds, though not overbearing. It’s a fantastic, accessible introduction to this hidden history that I think will be equally enlightening to novices and nerds, beat diggers and film buffs, designers and musicians. Organized logically by region (British, German, French, Italian, and North American libraries), the book comprises a wealth of great album cover art, information, and interviews with some of the composers and producers involved. Hollander’s curation reflects an appreciation that goes beyond that of rare-groove hunters in the 1990s and 2000s. He says, “The ‘holy grail’ library music records used to be determined by what was useful in sample-based music production. But that, often times, precluded fully appreciating some of the most avant-garde electronic music you’ve ever heard, or stuff that was truly cinematic but wasn’t going to work in your sampler.” Vintage library holdings include all genres, unique blends of them, and sometimes music that defies all categorization.

I should back up and say that my first pass at Unusual Sounds was a purely visual and conceptual appreciation. I temporarily suspended its factual histories in order to view Unusual Sounds first as an art book — a collection of images evoking an odd, entirely imaginary version of the known musical world. I highly recommend some of this kind of preliminary wonder-flipping (perhaps accompanied by the 20-track companion mix of international musical atmospheres) before really digging in. The great LP cover designs throughout the book are alternately minimalist and ham-fisted, pro and handmade, clinical and poetic. Foregoing any notion of artist promotion and presenting only the most general conceptual contexts, the packaging features intriguingly simple ideas and designs couched in solid colors, evocative photographs, and negative spaces.

Diving further into the book, those metaphorical “negative spaces” of library music are filled in with introductions to many of the original composers, musicians, studios, sounds, and stories. Edited interviews and rare photographs reveal threads of great musicianship, experimentation, and unlikely origins — from the dirt-funky dance floor favorite The Champ to the earliest solo recordings of French electronic music pioneer Jean-Michel Jarre. 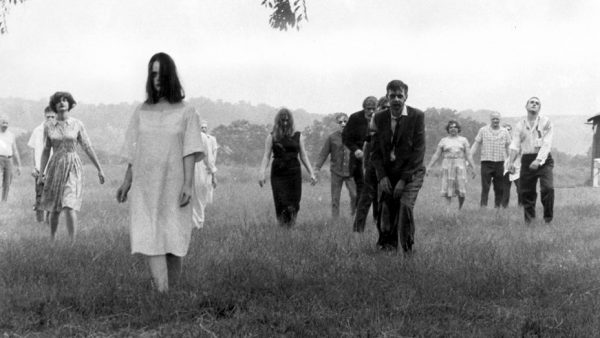 Still from George Romero’s Night of the Living Dead

While Hollander could have easily asked any number of prominent contemporary DJs or music producers to begin the book, the foreword is written by legendary horror film director George Romero, who passed away last year. He remembers the earliest impact of film music on him, and relates that he scored his no-budget, debut feature film by listening to hundreds of library records and selecting perfect bits of music for each scene. “Thank you, guys… whoever you are,” Romero says to the composers, arrangers, and musicians who unwittingly contributed to the shape of that film, Night of the Living Dead (1968), as well as his Dawn of the Dead (1978) and others. “I don’t know their names, nor did they ever know mine, but we made beautiful music together.” The final section of the book brings us back into the realm of the music’s film output with a great selection of vintage movie posters and packaging for films that featured library music selections.

Surrounding the book’s neat little discoveries is the sheer poetry of the library music concept itself. What binds this diversity of music is not artist, genre, style, label, specific place of origin, or specific place in culture. Rather, the through-line is its wholly distinct approach — the separation of creation and release. From the very beginning, these sonic art works were created to mate out in the world with other, unknown visions and ideas. They’re soundtracks composed for imagined cinematic possibilities — musical landscapes and atmospheres meant as vessels for moods and movements. Once completed, they lived separately from their creators. The recordings’ packaging minimized credits and original contexts. They weren’t released to the general public at all, but to media makers as building blocks for any and all sorts of audiovisual experiences. By nature, library music is reliant upon another force to activate it in the above-ground, real-world culture, to place it and shape it. Its life depends on creative reinterpretation, through its adoption and integration into new contexts.

This idea echoed in my mind as Hollander and I discussed the imaginative and intuitive (nearly psychic) aspects of his process of encountering, appreciating, collecting, and exhibiting obscurities. And it resonated as a clear correlation as he told me of a collection that he’s particularly engaged with at the moment — one of historic pieces of obscure and occult technology. These are creations from the intersections of practical science, psychology, mysticism, and art. “They’re weird machines, dowsing tools, different kinds of energy collectors,” Hollander says of these rare ‘pataphysical’ objects. Not dissimilar to library music, their use relies as much on interest, beliefs (or at least suspensions of disbelief), and invested activations as it does on original intentions and design. One of Hollander’s acquisitions is an Aurameter made by the inventor Verne Cameron, and when Hollander’s son Izaak got into the popular, online community “scavenger hunt” activities of geocaching, he seized a perfect opportunity to put this antique dowsing wand to work. “We went to the coordinates to see if we could find it. And it worked! I’ve successfully done that several times, to the amazement of Issac and his friends.” 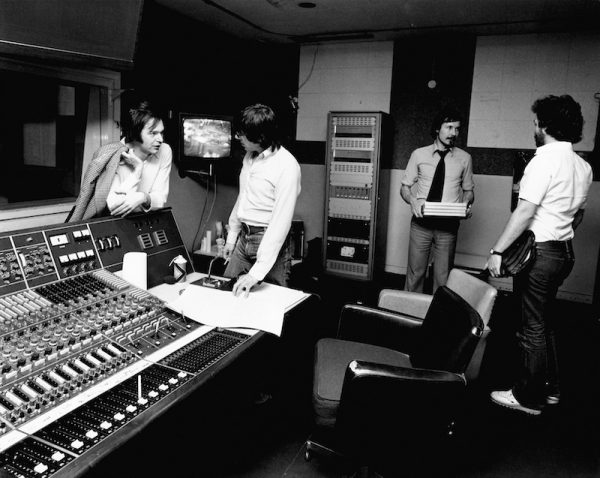 This seems indicative of the spirit of Hollander’s long-time commitment to unearthing the treasures of vintage library music, and to further facilitating its appreciation and activation. Library music composer John Cameron found Unusual Sounds a revelation. Despite having a long career in this realm, he’d known very little about other composers and labels outside of his bubble, the nuances of the business, or the pollinations of the music in media culture. Cameron is one of many great composers who are given some long overdue public attention for the first time in this book. And while we’ve only begun to scratch the surface of library music’s history and sonic offerings, the Unusual Sounds book and companion LP is a great introduction to this Atlantis of musical landscapes, its paradoxical relationships between mainstream and fringe culture, and between art and commerce.