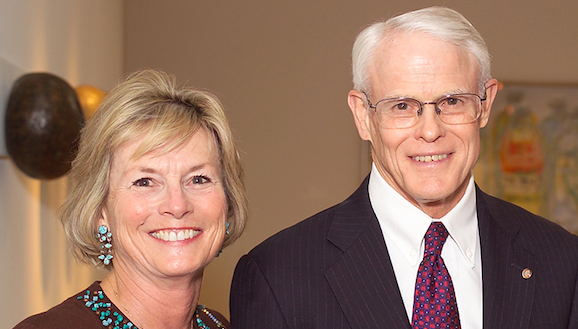 The Dallas Museum of Art (DMA) announced today that its longtime patrons Beverly and Donald S. Freeman have awarded $4 million to the Museum to establish the Freeman Family Exhibition Endowment. The press release states that the gift is designed to advance the presentation of special exhibitions across the DMA’s encyclopedic collection, providing opportunities for the presentation of art across cultures and time in innovative ways. As part of the endowment, each year the Freeman Family will select one special exhibition from the DMA’s program for which it will offer significant support.

In 2015, the Freemans awarded $1.5 million to the Museum to establish The Bonnie Pitman Education Endowment to Do Something New fund, benefiting the DMA’s education programs and in honor of its former Director. Earlier gifts by the couple were also made in support of the Museum’s education initiatives.

“This is an exciting moment in the Museum’s history, and the Dallas Museum of Art deeply appreciates this generous gift from Don and Beverly Freeman. They are longstanding patrons of the Museum, including Beverly’s remarkable four decades as a valued DMA docent,” said Dr. Agustín Arteaga, DMA Director. (Mrs. Freeman joined its docent program in 1978 and continues to conduct tours of the Museum’s collection and exhibitions for groups of visitors, especially elementary school students.) “The establishment of the Freeman Family Exhibition Endowment supports the Museum’s commitment to developing engaging exhibitions that highlight the diversity and strength of the DMA’s extraordinary collection.”

Donald S. and Beverly Freeman have for more than 20 years provided generous support to the institution, with a primary focus on its educational enterprises. Among the DMA’s most dedicated volunteers, Mrs. Freeman joined its docent program in 1978 and,  beginning in 1993, she has served consistently on the DMA Board of Trustees. She is also actively involved in its Learning and Engagement Committee, having been its chair in 2015–2016.

To Renew the World: Spirit Lodge and the...