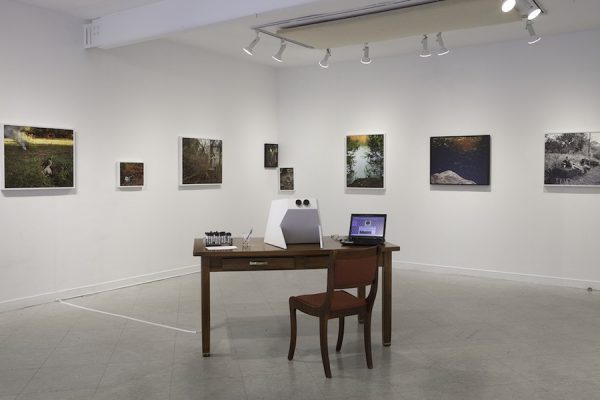 Installation view: Morgan Ashcom’s What the Living Carry at HCP

We’re living in an odd limbo of fact and fiction, truth and lies. The line between daily news and shared information has been warped and distorted, which changes how we process the data that we’re taking in. Morgan Ashcom, an artist based in Charlottesville, Virginia, works in the tense space between experienced and fabricated narratives.

Pulling visual cues from the ‘everyday,’  Ashcom presents a new American myth with this body of work. The solo show, called What the Living Carry, opened last month at the Houston Center for Photography (HCP) under the curatorial direction of its director Ashlyn Davis, and it challenges the constructs of documentary photography.

The project revolves around the fictional town of Hoy’s Fork, a small piece of Americana that harnesses the down-to-earth qualities of rural America. Teasing out a story of the past, present, and future, Ashcom creates photographs, sculpture, and installation to tell a new story of what we may carry from our past and what an American life may be. 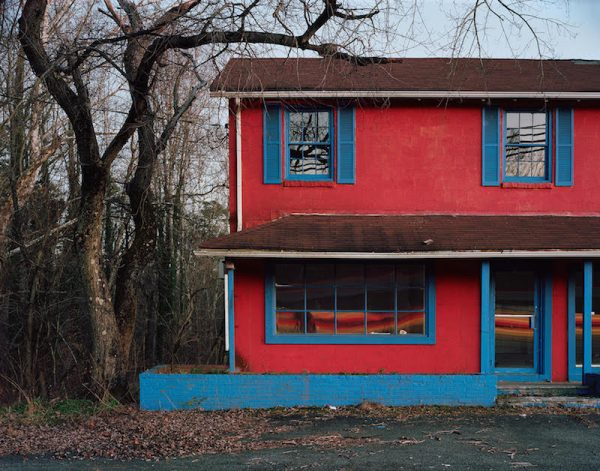 Says HCP’s Ashlyn Davis: “Through many conversations with Morgan I learned that the project has often been misconstrued as a narrative about the American South. That misinterpretation has become an aspect of the project that I really wanted to tease out [here], in addition to presenting the more apparent work of the project. What does it mean that these images of small-town America are often read specifically as the South? How does photography’s very complicated history in the region visually lead us here?” She continues, “And, how does that connect to Morgan’s exploration of history and mythology? In the most basic sense, I wanted to create an opportunity for our visitors to question what it means to see something that isn’t there and ultimately to question their own relationship to photography’s extremely nuanced truth value.” 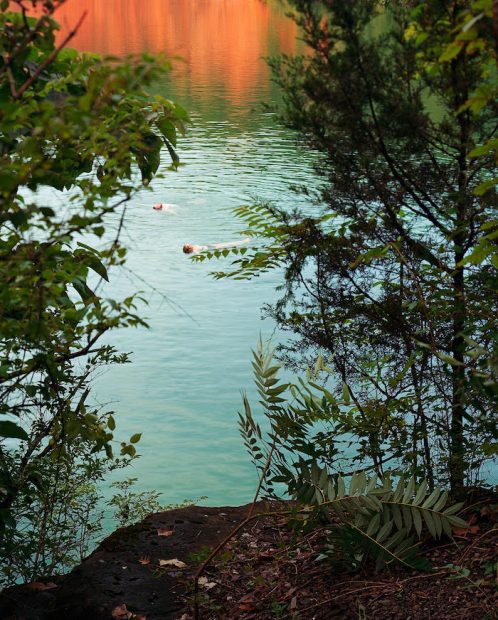 Ashcom captures his images in a series of locations to create a new backdrop of what we expect (or think we know) of a small country town, and those who reside there. The photographs are portraits, narrative settings, and stolen moments of daily living. An unsuspecting woman is smoking a cigarette on a work break; a blurry, distant shot of a police officer talking with a man creates instant tension. This leaves open the possibility of misunderstanding the project, and this is what HCP pushes the viewer to investigate and decode. What the Living Carry takes time to digest. 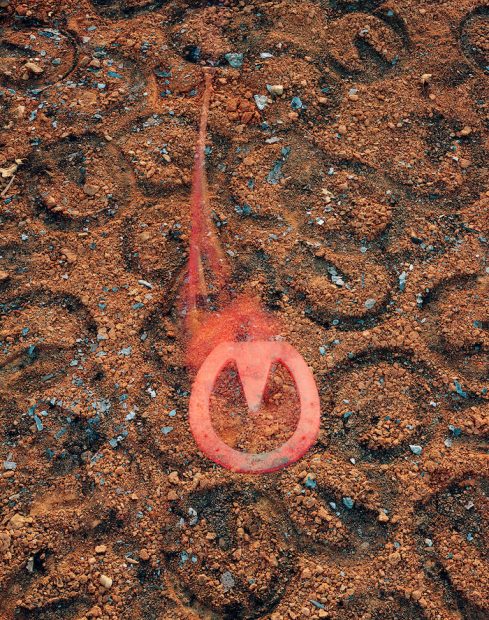 Along with the images presented, the artists has created moments of time through sculpture and installation, to better illustrate an invented history. Hand-typed letters and carbon copies on a strange research desk depict the workings of a ‘Eugene,’ and the ‘Center for Epigenetics and Wellness of the Spirit.’ Diving into the subject of epigenetics and biological mechanisms, Eugene seeks answers. The table seems to symbolize the character’s method to his madness, as we see the traces of his deconstructing the human condition or a primal genetic code. Eugene has left a request for viewers to leave locks of hair for DNA analysis. Vials are lined up on the table next to other scientific equipment, and a microscope waits to be put to work again.

Davis explains: “All the objects ask us to think conceptually about inheritance through reproduction, the veracity of that reproduction, and ultimately, our past, present, and future definitions of the camera and lens-based representation. These are the threads that braid together to echo the narrative… that while the past is never passed (to reference Faulkner), it also is never fully present, whether that’s photographically, through recorded history, or through genomic expression. When there is reproduction of any kind, there is an inherent loss of truth. It’s one of the biggest conceptual leaps the project makes, but also one of the most thrilling.” 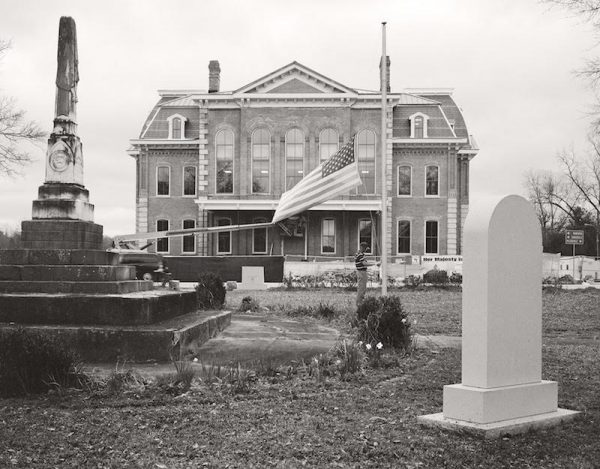 The post-truth era we live in has come on quickly. We had hoped that through better technology, we could unlock more truth, and yet lately many have digressed into a “believe nothing” state of mind.  Flat-earthers and the like-minded create and/or believe whatever ‘science’ or ‘data’ they desire, and no studies or evidence will change their minds. It’s a deep, dark rabbit hole of the limits of human belief systems, and we’re all tumbling down it together. This is what Morgan Ashcom deconstructs with this show, and his town of Hoy’s Fork. We see an idea of a town, and with Ashcom’s images there is a new history, to whatever extent it’s desired. We know Hoy’s Fork is ‘truth’ because maps show us that it is, and the black-and-white photo of a town hall or school clearly comes from the town’s own  basement archives. 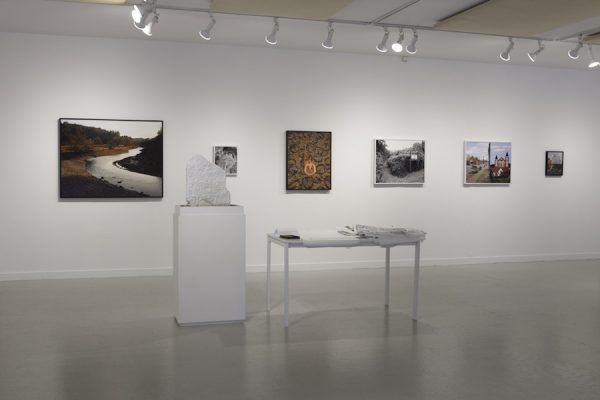 Installation view: Morgan Ashcom’s What the Living Carry at HCP

The show has seen some pushback from viewers and traditional photographers who believe it’s a misguided jab at rural southern America, or that the images of an invented town and people don’t fit the definition of documentary photography. But isn’t this the whole point of the show? Would it surprise anyone, really, if Ashcom didn’t even exist? (He does.) His show unfolds with unassuming subtlety, and leaves the viewer questioning the very building blocks of truth.

Through November 11th at The Houston Center for Photography