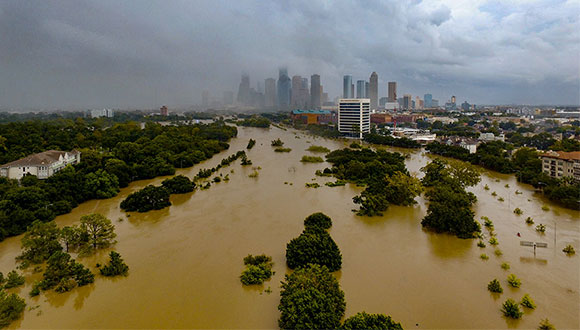 On October 18, 2018, Houston’s Bayou Preservation Association will present Staying Awake after the Harvey Wake-Up Call, a day-long symposium addressing how Houston is dealing with the aftershocks of Hurricane Harvey, and the plans the city has made and/or should make going forwards. Throughout its 15-year history the symposium has covered many issues surrounding the city’s bayous, such as pollution and sustainability — but the 2018 event will address a pressing question that lingers over Houston since the 2017 storm.

The lectures and presentations at this year’s symposium feature a Houston-famous cast, including individuals from the Harris County Flood Control District and the City of Houston; the Houston Flood Mitigation Consortium; the Houston Metrostudy; and Rice University’s Baker Institute for Public Policy. Capping off the event is What’s Up with the Weather?, a keynote address by Eric Berger, a meteorologist who was praised for his Harvey coverage in the publication Space City Weather.

Some of the day’s discussions will likely cover upcoming plans for flood mitigation made possibly by a new bond: this past August, in accordance with the one-year anniversary of Hurricane Harvey, Houston voters passed a $2.5 billion flood bond that will be allocated to more than 200 projects across Harris County. 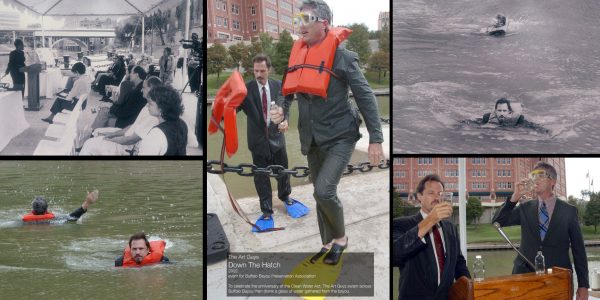 Artists have made Buffalo Bayou-related works long before Hurricane Harvey. (Click to enlarge)

Coastal Texas arts spaces and organizations have responded to Harvey’s anniversary in their own ways too. Some venues, like FotoFest and the Stark Museum have organized exhibitions, symposia, and workshops of their own, while another group, the Harvey Arts Recovery Fund, has put together an Arts & Culture Hurricane Preparedness Toolkit. And the Houston Arts Alliance has upcoming workshops to help independent artists become “ready and resilient before the next disaster.”  A schedule of those workshops is below.

The Bayou Preservation Association’s Staying Awake after the Harvey Wake-Up Call is scheduled to run from 8AM to 3PM at the United Way of Greater Houston on October 18. Tickets can be purchased here.