The Dallas Museum of Art (DMA) announced recently that it received a $3 million endowment for the museum’s deputy director position. Given by Catherine Marcus, the DMA’s board of trustees president, and Will Rose, who is a member of the museum’s investment committee, the money will support Tamara Wootton-Forsyth in her role in the newly named Marcus-Rose Family Deputy Director position. 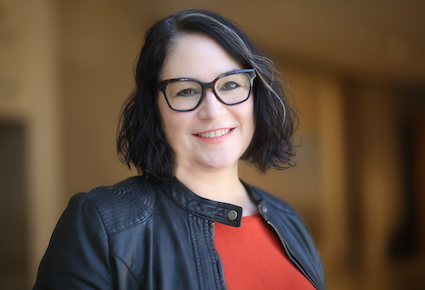 Wootton-Forsyth has worked for the DMA for seventeen years and was promoted to deputy director this past February. During her time at the museum, Wootton-Forsyth has been part of some of the DMA’s most memorable and loved initiatives, like the glass-walled paintings conversation studio that allows patrons to observe conservators in action. She also worked on the museum’s effort to digitize its collection of more than 24,000 objects, which are now searchable online. (This is one of the more unique collection databases we’ve seen, because in addition to tombstone details and information about the works’ artists, the database has information on materials, techniques, and photos of the objects from every angle — including the never-seen backs of paintings.)

Marcus and Rose are both longtime DMA donors, and have supported many of the museum’s various missions in the past — from education to exhibitions to acquisitions. The pair even hosted their wedding in the museum, back in 1994. Marcus and Rose commented on their decision behind creating an endowment for the deputy director position:

“Strong leadership is critical to the vigor and growth of our city’s Museum. We are thrilled to support the Museum’s endowment and this crucial leadership position. We are especially delighted to support Tamara Wootton Forsyth in this role. She is a wonderful complement to Agustín Arteaga, The Eugene McDermott Director, and we know she will continue to distinguish the DMA with her dedication to virtually every aspect of the Museum.”

In addition to serving the DMA, Marcus is currently the Board Chair of Teach for America Dallas-Fort Worth’s Advisory Board, and Rose recently was the chair of Greenhill School, a private school in the Dallas area.