Catch the Festival of Earlier Houston Art Throughout Houston This Fall

An ambitious project by the Houston Earlier Texas Art Group (HETAG) comes to fruition over the next few months. In the words of festival coordinator/HETAG member Randy Tibbits: “Museums and galleries all over town are showing not just art that has been bought-&-brought to Houston (fabulous as that undoubtedly often is), but art MADE in Houston, by Houston artists, going back to the 1850s and coming up to the day just before Contemporary. This is a once-in-our-lifetime opportunity for Houstonians and visitors to Houston to see a century-and-a-half of our own art – the art that is uniquely ours.”

Some of the highlights of the festival include: 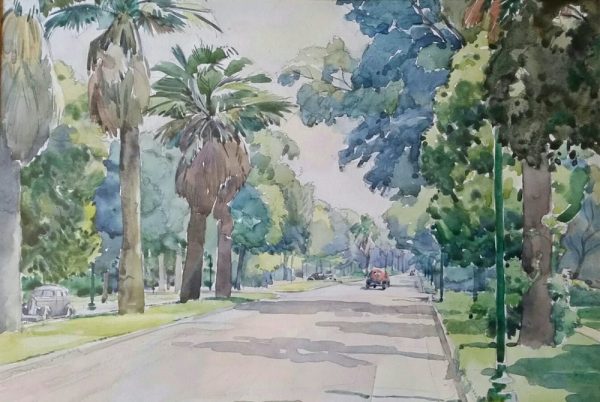 South and North of the Border: Houston Paints Houston at The Heritage Society through November 24th: a collection of more than 60 works created over 130 years chronicling the development of modern Houston from a “mud hole” of 30,000 to the most diverse city in America.

South and North of the Border: Houston Paints Mexico at The Houston Public Library through November 10th: a collection of more then 60 works by Houston artists who were drawn to and inspired by Mexico. 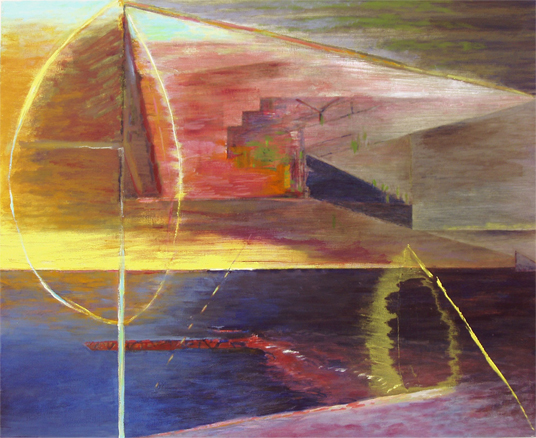 Richard Stout at Reaves-Foltz Fine Art (through November 3rd) and O’Kane Gallery (through December 6th): legendary Houston artist Richard Stout is having quite a retrospective year. The Sense of Home exhibit showed earlier this year at The Art Museum of South Texas, and Glasstire contributor Hannah Dean raved: “His metaphysical work will stop you in your tracks.” On October 24th there will be a conversation with Stout and Sarah Beth Wilson, curator of Exhibits and Collections for the Art Museum of Southeast Texas at noon at UH’s O’Kane Gallery. Watch a recent Glasstire video conversation with Stout here. 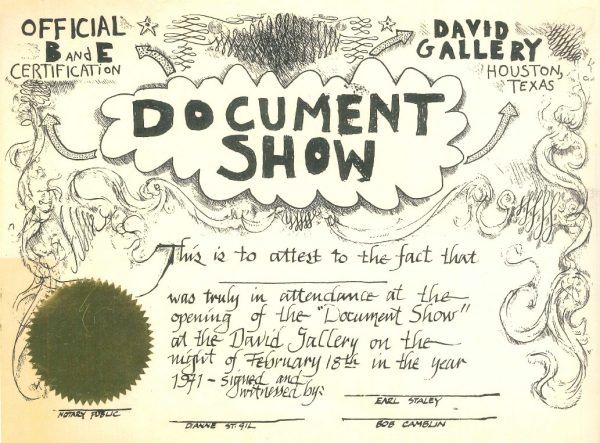 The Menil is now reopened and with a new arrangement of selections from their permanent collection. This includes a painting by visionary Houston painter Forrest Bess. 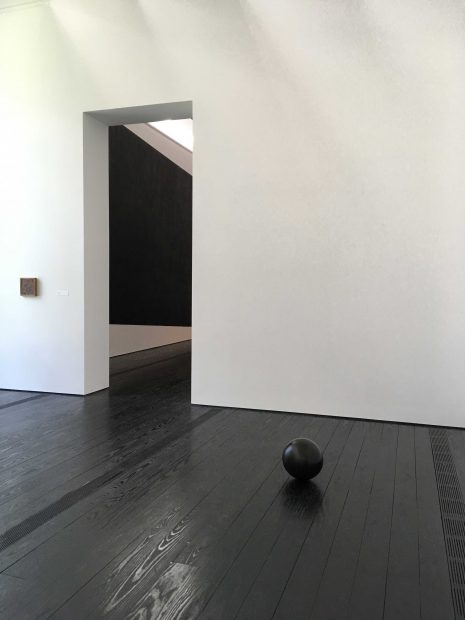 Sharon Kopriva’s fine show of early work at the Jung Center should be added.