A DFW Gallery Night Drive By 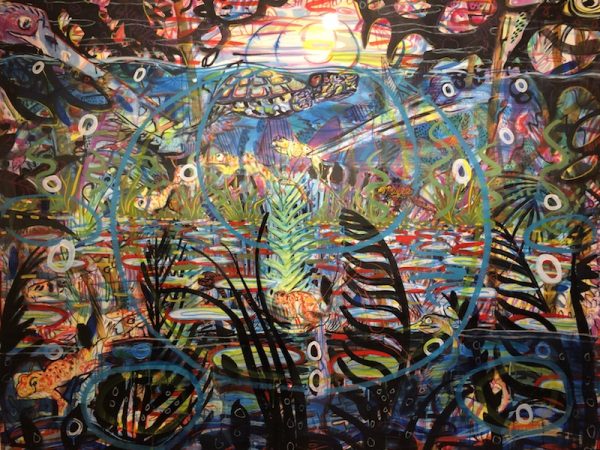 Fort Worth’s Gallery Night and Dallas’ first unofficial evening of exhibitions happen on the same night every September, usually the first Saturday of the month. No one has convincingly explained the logic of this practice to me. Maybe it’s because most Fort Worth galleries open their doors at noon, way before their 5pm – 8pm reception times, presumably giving visitors enough time to check out everything in Fort Worth before heading to Dallas. But really, who wants to go to a noon gallery reception on a Saturday? I rank that right up there with the 4:30 pm dinner at a chain buffet. What we’re left with, then, is spending three hours trying to catch as many shows as possible in both Fort Worth and Dallas, before lights begin to flicker, signaling that we don’t have to go home, but we have to get the hell out.

For my gallery night art adventures three Saturdays ago, I managed to get seven shows in across DFW, with time to spare back at home for an episode of The Sopranos (I’m watching for the first time and, FYI, I’m on Season 3, episode 5), as well as  an afterparty at the Black House in Fort Worth. 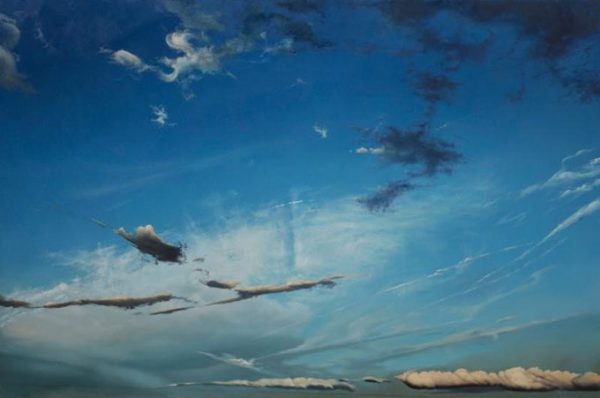 With more three dozen shows opening in Fort Worth alone, I simplified my list and focused on shows that I could hit within a three-hour time frame. First stop was William Campbell Contemporary, Fort Worth’s longest-running commercial gallery, to see J.T. Grant’s Walking The Horizon. Grant’s work always rewards a second and third look. His paintings of sunsets and bouquets are typical of the art happening in Fort Worth’s conservative output, but they’re so complex and massive that cynicism simply melts away. It’s easy to get sucked in to this work. 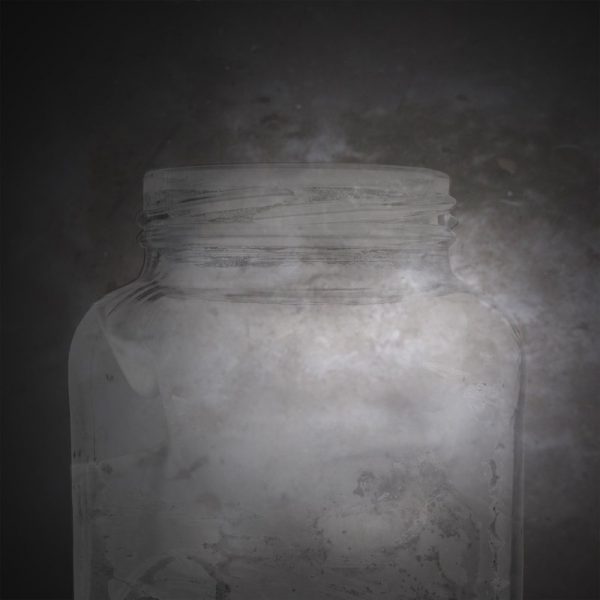 After meeting and congratulating Grant, it was a quick zip to Gallery 414, one of the most consistently well-curated spaces in the city. Gallery director and painter John Hartley, always holding court in the kitchen as the buzz of art openings happen in the galleries, laid in the cut, as usual, and preferred that artists Andrew Ortiz and Janet Chaffe do all the visiting at their show. Chaffe’s encaustic and latticed labyrinths are soft, delicate surfaces that play well with Ortiz’s dark photographic collages exploring a deeply personal journey with epileptic seizures. Ortiz’s printing mastery results in wisps of images that are barely there, and his video self-portrait adds a powerful punctuation to the show. 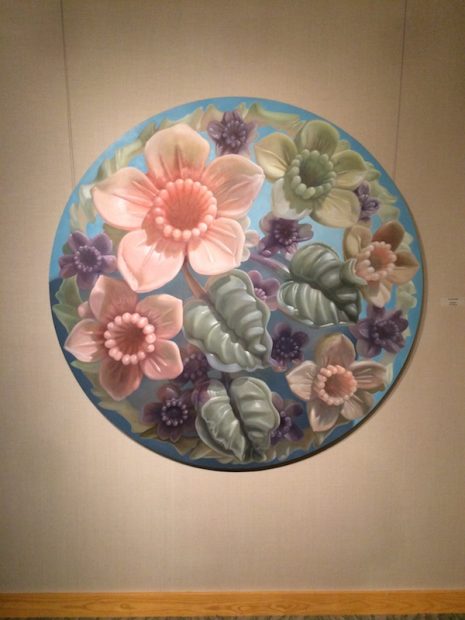 Burning through the first hour, I managed a stop at Fort Worth’s Botanical Research Institute of Texas just as a busload of gallery devotees arrived in a party bus. The art-botanical focus in BRIT’s unconventional space features some signature circular paintings from Ann Ekstrom, and sculptures by Trailer McQuilkin. Ekstrom’s photorealistic paintings of brooches and tiny floral Bakelite jewelry are surreal — they read like looking through the same magnifier that she uses to get into the fine details that show up in the work.

From the BRIT, I zigzagged through the Will Rogers Coliseum parking lot to get to Fort Works Art for Reisha Perlmutter’s Undercurrents. Perlmutter’s 210k + Instagram followers were undoubtedly not disappointed by the luminous and oversized nude paintings of female bathers, some baring visible scars. As usual here, the big crowds at the opening makes FWA one of the most popular art spaces in the city.

My next stop at Artspace111 was probably the easiest to visit. Devon Nowlin’s Familiar Strangers, with its dark nostalgia and head spinning surrealism, was a strong counterbalance to most of what was being exhibited elsewhere in Fort Worth that evening. Nowlin’s decade-long scrutiny of history and personal narratives results in a well-balanced show that is both unsettling and refreshing.

With Strangers behind me, it was a rainy drive to Dallas for Jules Buck Jones and W. Tucker at the Conduit Gallery. Tucker’s naïve style and rough-edged assemblage gives his work a sense of discovered childhood treasures from forgotten attics. There is sincerity in his mark-making that transcends forced simplicity and infuses the finished work with unbridled sentimentality. Jones’ lush, vibrant work (pictured at top) feels primitive and primal, with fauna camouflaged by jungles of dripping watercolors and pastels on large sheets of paper, as if the cool, wet Saturday night had followed me into one of his paintings.

It was disappointing to miss the openings of Harry Geffert’s work at Cris Worley Fine Arts and Chesley Antoinette Williams’ Tignon at South Dallas Cultural Center, and it made me wonder even more why the opening season for art in DFW doesn’t happen on two consecutive weekends, one for each city. We’ll still show up, guys. Promise.

With all the galleries closing by the time I left the Conduit at 8pm, it was good to find Ro2 Art‘s closing reception for the Chaos!!!!! show still going. Chaos, which is an annual group show, tends to present 100+ small works of art hanging in one exhibition. Some of its energy comes from viewers zipping through the volume to find a few gems that stick out, such as Sara Cardona’s hand-cut paper collages, or Brandon Thompson’s acrylic paintings. 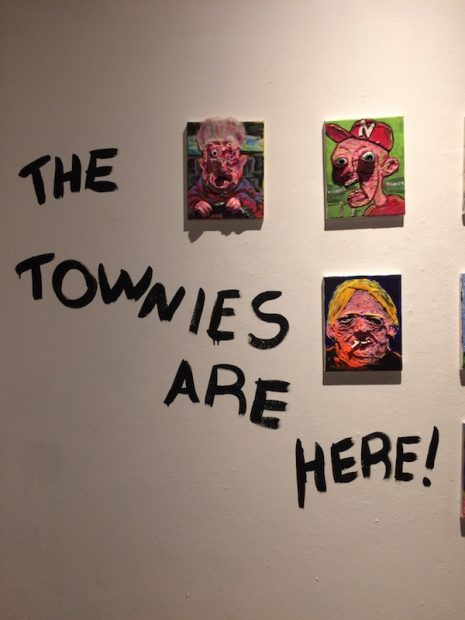 The last stop in Dallas was at 500X, the oldest artist-run space in Texas, where four exhibitions are running concurrently through October 7. The works that kept me there until almost closing time were the paintings from Loc Huynh’s exhibition Americana Vulgaris, and Francesca Brunetti’s Home Un-homey Home. The latter is a collection of screen prints that read like pages from a quiet novel, or a series of postcards, where all the subjects are women in contemplation. Vulgaris is a delightfully unsettling selection of bizarre and grotesque portraits that harken back to the fixations of a young person consumed by Mad and Cracked magazines, or even Garbage Pail Kids.

My night ended after a rainy drive back to Fort Worth, and the episode of The Sopranos where Tony whacks a guy while on vacation, and finally a crazy dance party at the Black House, a place that’s not really a bar, or a residence, or an art space, but finds itself instead comfortably somewhere in between all of these.

For more on Jules Buck Jones you can pre-order his artist monograph WILD today from our Kickstarter campaign along with a bunch of limited edition pledge rewards!

Thanks Chris for the update on this fall’s gallery night! It’s almost like being back in DFW.

Several years ago the FW and Dallas opening were a week apart. They have been the first Saturday after labor for some time. Fort Worth art people come to Dallas, but many Dallas art fans do not go to Fort Worth. I don’t know why, the FW art scene is very active and Gallery Night a big deal.

I agree, I wish they were on different nights and perhaps cross promote.