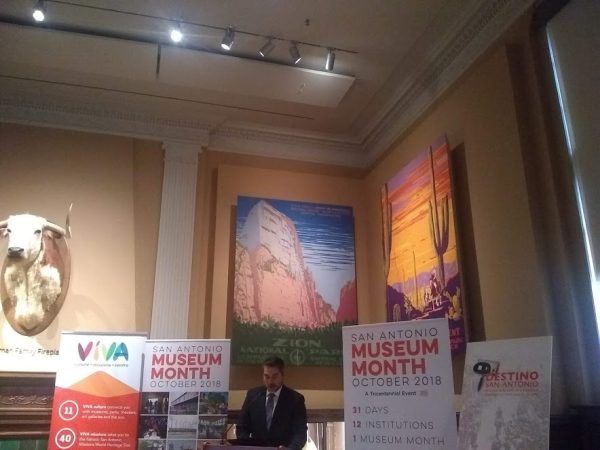 Purchasing memberships to any of these museums will grant visitors free admission to any of the others. In addition, VIA VIVA, a San Antonio transit company, will offer free rides on the museum routes (11, 40, and 301) every Saturday in October, and the city’s bike share non-profit SWell Cycle will offer $5 off memberships during the month.

Throughout October, the participating museums will host a variety of events, lectures, and concerts. Some of the highlights include:

On October 4th, from 5–8PM at The Southwest School of Art and 7–10PM at Blue Star Contemporary, there will be opening receptions and performances for the exhibition Monarchs: Brown and Native Contemporary Artists in the Path of the Butterfly.

On October 12th and 13th, from 7:30–10PM, Villa Finale will host Hello from The Other Side: 75 Years of Spiritualism. The program will include presentations by Austin Seance inside Villa Finale and the neighboring Steves Homestead, both built in 1876.

On October 21st from 1–3PM, the UTSA Institute of Texan Cultures: San Antonio is hosting Heavy Metal Capital of the World, a program featuring historian Gregory Peek and a panel of music-scene personalities recounting the Alamo City’s place in the heavy metal landscape. 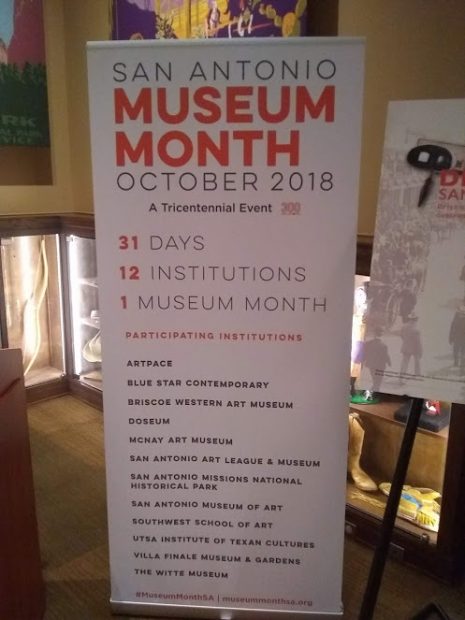