Churches are a low-key revelatory spot for installations and performance. They’re usually cheap (or sometimes even free), have excellent acoustics, and striking, beautiful and sometimes forbidding interiors. On this past Saturday, Austin percussionist Chris Cogburn and Mexico City-based composer Iván Naranjo presented a remarkable performance in the downtown Austin Lutheran church.

In their own words: “We analyze the resonant frequencies and reverberations of both the architectural space and Cogburn’s percussion instruments, using electronics as a catalyst. Our intention is to make audible acoustic phenomena otherwise imperceivable, to create sound shadows and reflections, to bend the aural perspective and to interact and transform the resonant characteristics of the space. In this concert, we re-engage pieces and processes developed during our recent work in Mexico in order to adapt them to the particular acoustic characteristics of St. Martin’s extraordinary architecture.”

The duo has performed in several churches in Mexico and this is their first performance in Austin. Throughout the church, drums were set up with motors attached to them to cause subtle persistent vibrations and rattling. Naranjo worked a laptop and mixer adding electronic sounds and mixing the various percussion sounds, and Cogburn sat at the altar of the church with his drum kit first doing subtle cymbal work before eventually building to an explosive solo.

The sound was anxious, unsettling and enveloping. Quadrophonic speakers were set up throughout the space so one could walk throughout the space and feel and hear different frequencies. The performance was charged with a spirituality, but one that felt severe and uncompromising.

After all, Martin Luther, the founder of the Lutheran church, was a pretty twisted guy. A fun game to play is Who Said It?: Martin Luther or GG Allin. For example:  “I am a ripe shit, so is the world a great wide asshole; eventually we will part.” Cogburn and Naranjo understand the relentlessness of faith or the fear of losing the same. God or the absence of God is often the same rising howl, and one’s life is marked by waiting and waiting for the cymbal crash. 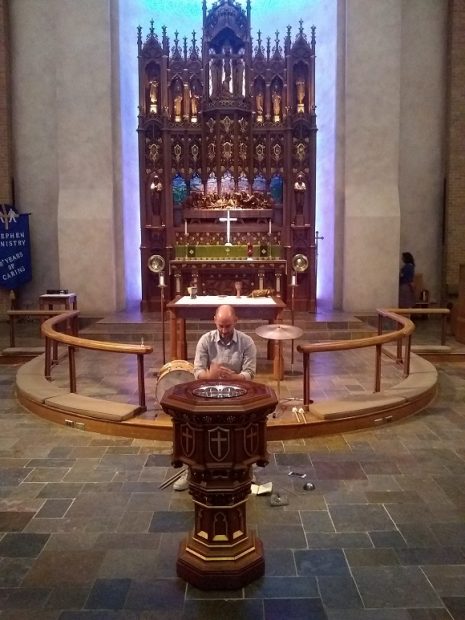 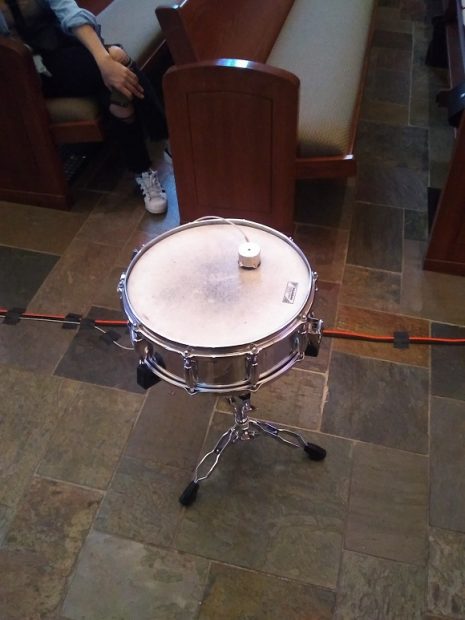 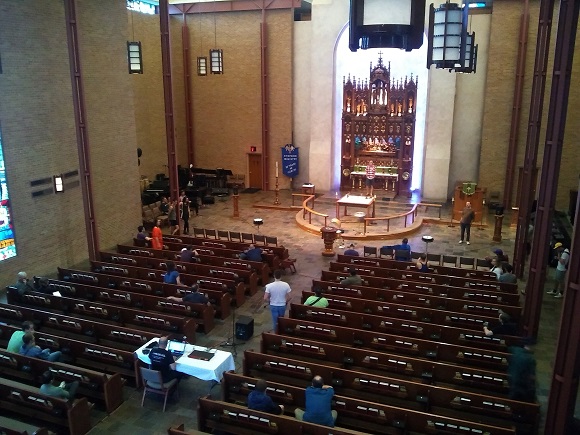