Learn About the Art of Mel Casas in San Antonio 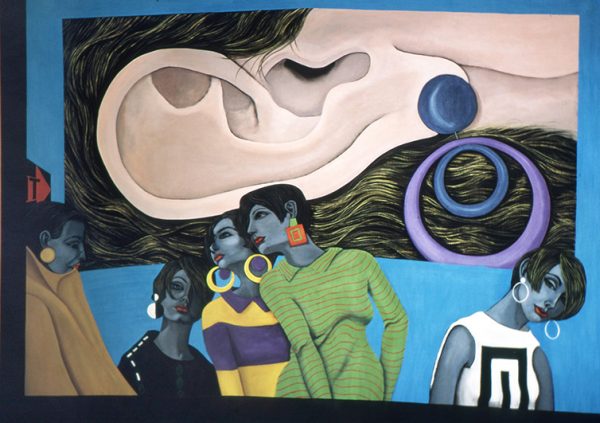 Currently on view at the McNay art museum in San Antonio, in conjunction with the exhibition Pop América, 1965–1975, is a presentation of six large-scale paintings and eight other works by the late San Antonio-based artist Mel Casas (1929-2014). The works, some of which are from his Humanscapes series, address themes of identity, politics, and the landscape of his native Texas, among myriad other subjects.

In addition to being a prolific and respected artist in his own right, Casas is known as one of the co-founders of the Chicano art group Con Safo, which was dedicated to promoting Chicano art and culture at a time when it was largely ignored by mainstream venues.

Because of the work of Con Safo and Casas’ persistence, his works, including pieces from Humanscapes, did gain some traction during his lifetime. His paintings were shown in the 1975 Whitney Biennial, a 1976 solo exhibition at the Contemporary Arts Museum Houston (see a catalog from that show here), a 1977 show at the Tucson Museum of Art, and a 2013-14 group exhibition at the Smithsonian American Art Museum in Washington, DC. His works have also been collected by many institutions across the country, including the Museum of Fine Arts, Houston, the San Antonio Museum of Art, and the Smithsonian American Art Museum. Even so, no venue in Texas or nationally has hosted a major retrospective of Casas’ works. 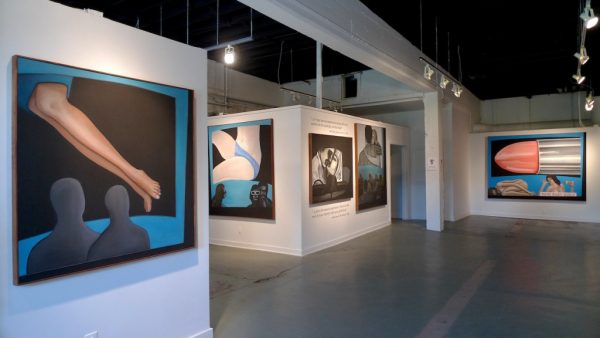 Installation view of Sex and Cinema with Mel Casas at Fl!ght Gallery (2015) (photo by Ruben Cordova)

If you want to learn more about the art of Mel Casas in San Antonio, you can attend Dr. Ruben Cordova’s gallery talk about Casas’ work on September 27, 2018. Cordova was responsible for the 2015 four-part exhibition of Casas’s work, that was held simultaneously at the Guadalupe Cultural Arts Center, Texas A&M University’s San Antonio Educational and Cultural Arts Center, Fl!ght Gallery, and the San Antonio Public Library Central Library. In a review of that exhibition for Hyperallergic, Mia Lopez wrote about Casas’ trajectory as an artist:

“For more than 40 years, Mel Casas created work that challenged and confronted existing notions of cultural identity. He carefully transgressed the margins of both the Chicano and Pop art movements, writing and theorizing on his position as an artist and “cultural adjuster.” Though he was loath to adhere to any single artistic perspective, he is credited with infusing the Chicano art movement with sharp wit and intellectualism, invigorating (and inciting) his peers and empowering his successors to do the same.” 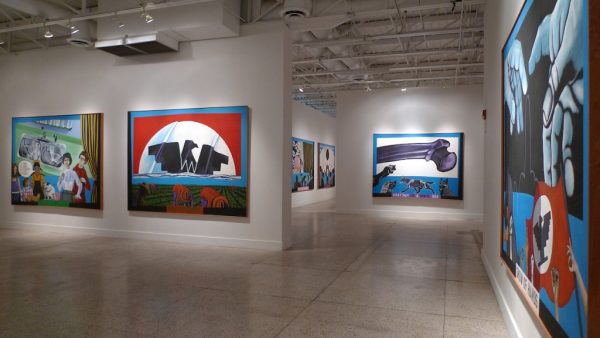 Installation view of Getting the Big Picture: Mel Casas and the Politics of the 1960s and 1970s at the Guadalupe Cultural Arts Center (2015) (photo by Ruben Cordova)

Thanks for the article, Mr. Zech. After I started writing about Mel Casas and his work, there was a resurgence of interest in his art, but at that point he was no longer interested in exhibiting or selling his paintings. I received a call from a major California museum that wanted to make major purchases and mount a full-scale retrospective, but when I conveyed this offer to Mel, he replied “Not interested.” I wanted to mount a retrospective at the Museo Alameda in San Antonio in 2010, but he declined that opportunity. In 2011, the curator of Latino art at the Smithsonian Museum of American Art asked me to recommend an early Humanscape for the museum to purchase. I recommended H. 62 (Brownies of the Southwest), and because by that time Mel had given his wife Grace the authority to make decisions concerning his work, the purchase was made. It will be in the “Pop América” show at the McNay. There is also another Casas Humanscape painting that is currently on display in San Antonio. Humanscape 147 (Alamo) is on view at the Guadalupe Cultural Arts Center in my “The Other Side of the Alamo: Art Against the Myth” exhibition, which runs through October 12. A catalogue signing and symposium will be held there on October 8. I will send information on this exhibition in an email.

Thanks for the additional information! We’ll be on the lookout for your email.

In my previous comment, I neglected to mention that two Mel Casas Humanscapes are on permanent exhibition at the Henry B. González Convention Center. They were acquired as part of an initiative by the City of San Antonio’s Department of Arts & Culture (for which I served as a consultant), along with other works by San Antonio artists. They can be seen in slide 6 in the online version of “Sneak Peek of the Convention Center’s ‘Confluence’ and HemisFair ’68 Exhibits,” San Antonio Current, January 31, 2018. https://www.sacurrent.com/sanantonio/sneak-peek-of-the-convention-centers-confluence-and-hemisfair-68-exhibits/Slideshow/8911675/8911687/?slide=6
So, in addition to the 7 Casas paintings in the McNay Museum exhibitions, the 12 at Bihl Haus, and the single painting at the Guadalupe, there are 2 at the Convention Center. Thus, in early October, a total of 22 Casas paintings will be on pubic view in San Antonio.