Over the past couple years, Houstonites have been invited to show off their weirdness and observe others’ weirdness thanks to the Houston Weird Homes Tour. Started in Austin, Texas in 2014 (where else?), the event was founded by husband and wife duo David and Chelle Neff simply because they wanted to see the interior of an interesting house in their neighborhood. After failing to find a weird-themed homes tour in the city, they decided to make their own. 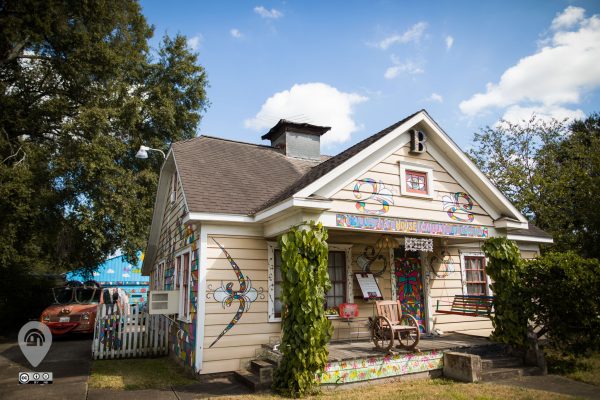 The event was so popular that it expanded to Houston in 2016, to New Orleans in 2017, and this year to two more cities: Detroit and Portland. (Not as if Portland needed any help staying weird.)

While a big attraction for the event is the homes themselves, another draw is the fact that the Neffs want their hosts to be a present and active part of the tour, talking to visitors about what makes their homes special. 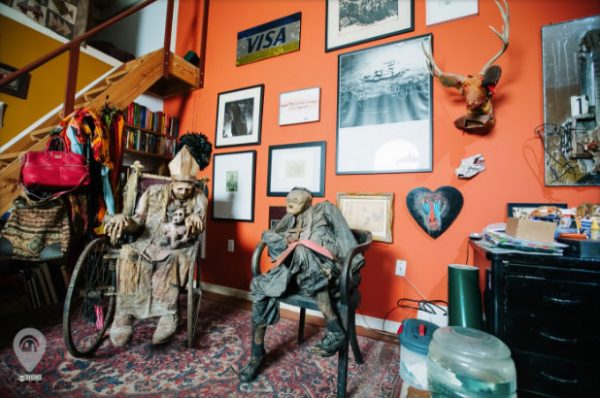 Houston Weird Homes Tour attendees are also making a positive impact in the city by participating, since the tour gives back 10% of the event’s proceeds to local affordable housing non-profits. The Neffs started this initiative because they recognized, as they formed the tour, that many of the event’s participants are working artists who are vulnerable to being pushed out of their spaces by rising rent and property taxes. This is their small effort to combat that displacement. 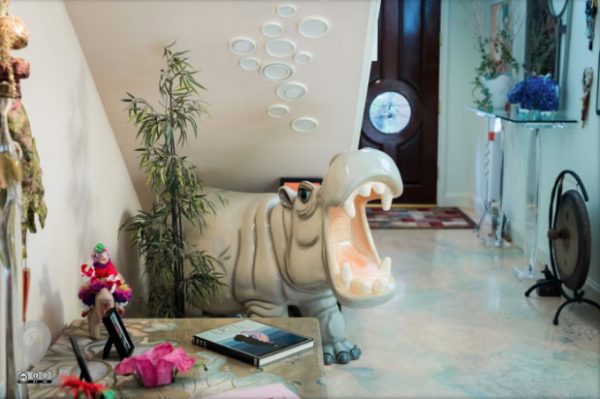 The Hippolotofus Home in Houston

The Houston Weird Homes Tour’s website currently has six houses on tap for this year’s tour, including the Montrose home and studio of glass artist Kim Clark Renteria, the eclectic studio of longtime Houston artist Sharon Kopriva, the backyard oasis of Selia Qynn, and the beloved hippopotamus-themed “Hippolotofus” home.

Catch the 2018 Houston Weird Homes Tour on October 6th, from 10AM to 6PM. For more information and tickets, go here.

Artists and Collectors to Show off their Weird...

Thank you so much!