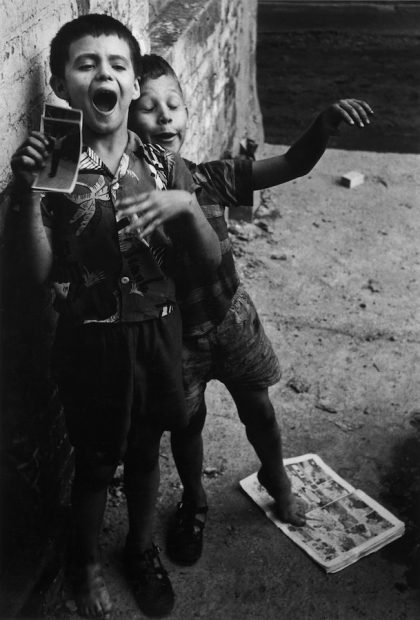 The exhibition of photography by Dave Heath (1931-2016) at the Amon Carter Museum of American Art in Fort Worth is a vivid reminder of how the most memorable art of our time conveys a universal message about human existence. This exhibition contains many portraits of people, but it is not really about the appearance of the individuals portrayed. Although accurately recorded by the camera, these anonymous people, through Heath’s lens, reveal the emotions and experiences that are shared by collective humanity. 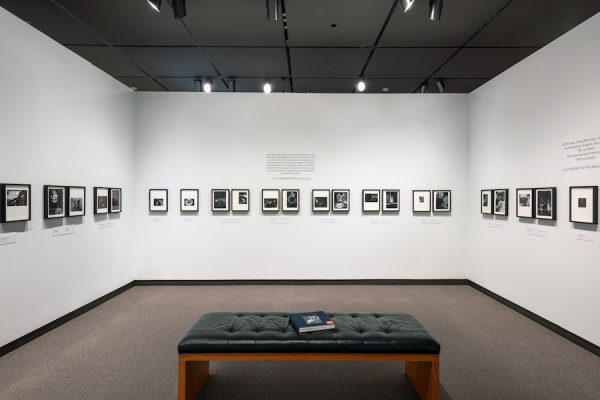 Installation shot of Multitude Solitude: The Photographs of Dave Heath at the Amon Carter Museum of American Art 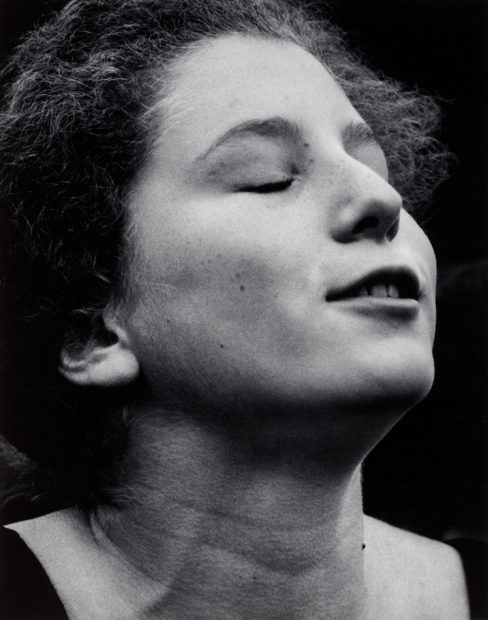 The text panel in the first room explains the emotional content of Heath’s prints. By the age of four, Heath had been abandoned by both of his parents and his grandparents and spent the rest of his childhood bouncing between foster homes and an orphanage in Philadelphia. Davis proposes that “[Heath’s] art began as balm for a primal psychic wound,” with which Heath would continue to seek solace and express his longing for a connection to others. Heath resolved to pursue photography after seeing Ralph Crane’s 1947 photo essay in LIFE magazine about an alienated boy in foster care. The exhibition unfolds chronologically, and the initial gelatin silver black-and-white prints on view immediately confirm the photographer’s reputation as a master printer in their subtle and often dramatic modulations between rich black tonalities and highlights. Influenced by the work of Harry Callahan and Robert Frank, Heath’s early street photography in Philadelphia and Chicago picks out isolated people on buses and in crowds. Another group of photos taken during 1953-54 are empathetic studies of his fellow soldiers, taken after he was drafted to serve as a machine gunner in the Korean War. His photos were not all melancholy, as seen in the young woman in New York City, c. 1960, whose pale, upturned face seems intensely hopeful and euphoric, as if she is drinking in life. It was through Heath’s move to New York City in 1957 that he connected to a larger supportive community of photographers — such as his mentor, W. Eugene Smith — and first found critical acclaim. 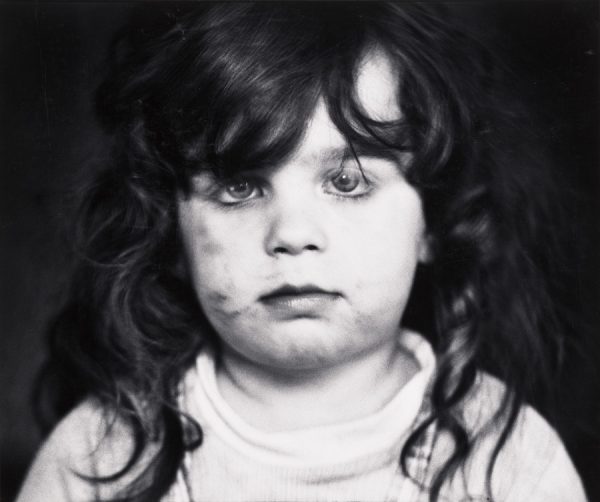 His next significant creative endeavors are two photobook maquettes in which he experimented with the careful layout and sequencing of photographs to underscore meaning. These early maquettes are virtually displayed on an interactive iPad so that visitors can tab through the images as if turning the pages of the books. These experiments with photobooks led to his magnum opus, A Dialogue with Solitude. Heath worked on the preparation of the prints and the layout of this book for two years before the first edition was published in 1965 (reprinted in 2000). The first photograph in the book is that of Erin Freed, New York City, 1963, whose smudged face represents the innocence and vulnerability of children. The framed series of plates from A Dialogue with Solitude is the high point of the exhibition, as it brilliantly juxtaposes images that are sequenced within his defined subject areas: Beginning, Vulnerability, Violence and Death, Couples and Love, Fate, Fragility and Diversity, A Meditation, The Korean War, African Americans, Youth, Childhood, Ends and Beginnings. Heath was an intellectual and an avid reader, and quotations from his favorite authors, among them Georg Hegel, Conrad Aiken, Carl Sandburg, James Baldwin, T.S. Eliot and others were included in his book as a touchstone for the images in that section. 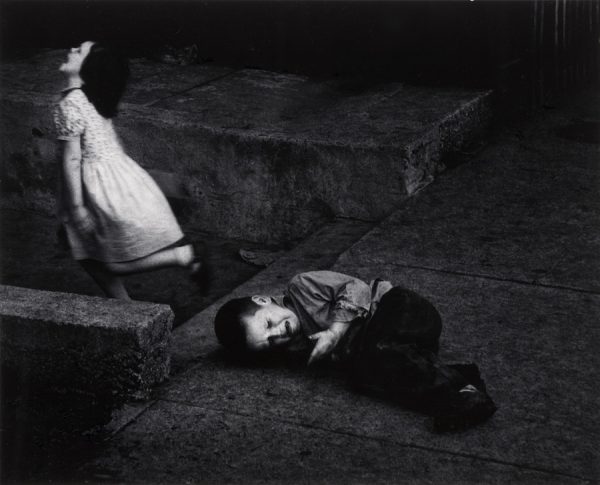 One of the most memorable images in the Childhood section is Vengeful Sister, Chicago, 1956. Heath cropped in closely to focus on the two figures of brother and sister, and used dodging, burning and bleaching techniques to create an effect of heightened chiaroscuro. Reproduced contact sheet frames displayed elsewhere in the exhibition reveal an explosive fight between the siblings. The sister chases her brother, and after he trips and falls, she runs past him, seeming to gloat in his pain. The girl’s departure on the left side of the frame leaves the tearful boy isolated, as Heath, through his darkroom manipulation, elevates a childhood spat to a drama of cruelty and pathos. Heath clearly linked this image to an incident from his own childhood when he and an older girl lived with a foster family for a year, but the family decided to adopt the girl and return him to the orphanage — another painful incident in a series of rejections that Heath experienced as a child. Serving as an antidote, another photo in this section of the book captures two boys who share one pair of shoes in a moment of goofiness (Chicago, 1956, pictured at top). 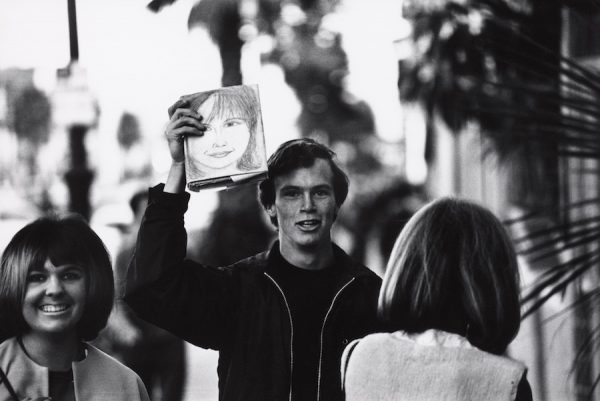 Heath received a Guggenheim Foundation Fellowship in 1963 to photograph in New York City, and following the Fellowship’s extension in 1964, he traveled cross-country by bus, with the aim of documenting the diversity of people throughout the United States. Much of the Guggenheim work is less heavily manipulated in the darkroom, which tones down Heath’s earlier high-key emotional pitch to a simpler, more observational detachment. Some of Heath’s Guggenheim photos were taken on the buses that he rode, and others from a vantage point where he could use a telephoto lens, which resulted in a typically shallow depth of field. Sometimes his subjects look directly at the camera, as in the 1964 image of the street artist in Berkeley, California. More often his subjects are unaware that they are being photographed. 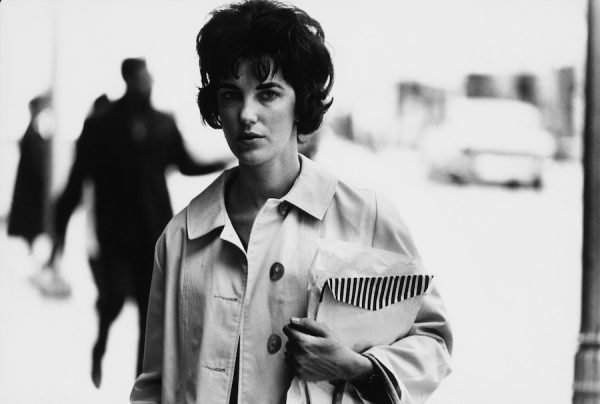 After the Guggenheim Fellowship, Heath began his teaching career. A series of contact sheets of his Guggenheim work displayed in the exhibition are instructive about his shooting practices, and later, were used by him in teaching at Ryerson University, Toronto, Canada. He continued his street photography for a few years before taking a long hiatus after 1968. The young woman clutching business envelopes regards us seriously in Kansas City, Missouri, 1967, as she walks in sharp focus against a blurred light background. (During the last 15 years of his life, Heath took up digital photography, and this body of work is a continuation of his street subject matter. The later digital color photographs are not included in this exhibition so that it can focus on his formative years in more depth, but the book accompanying the exhibition does include a selection of his digital color work.) 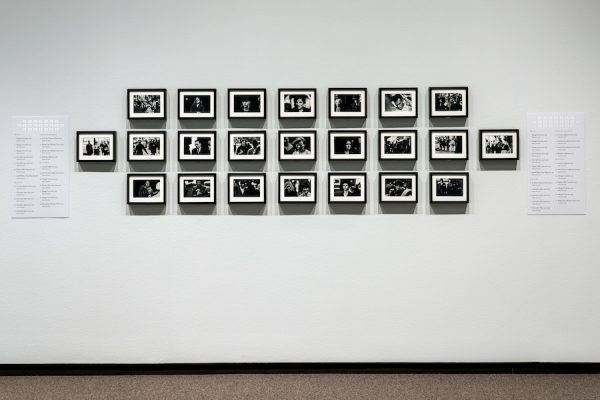 Installation shot of Multitude Solitude: The Photographs of Dave Heath at the Amon Carter Museum of American Art

Heath wrote: “I do not categorize my work as documentary or photojournalism, but think of it as a manner of poetry or even drawing in a Rembrandtian sense. What I want of the work is lightness underlined with disquietude, where the viewer can enter and expand his or her emotional being, not in the manner of catharsis, perhaps, but in a sense of assuagement.” One wonders why Dave Heath — “one of the giants of late 20th century photographic art” according to Davis — is not more widely known. It may be because he stopped taking new photographs to focus on his teaching and to produce increasingly elaborate audio-visual slide productions. (One slide presentation included three projectors and 840 images.) This exhibition contains a video reproduction of the two-screen slide sequence for Beyond the Gates of Eden, accompanied by Tim Buckley’s song Pleasant Street. These unconventional presentations were not duplicated, so his work was not widely available during 1970s-’90s. When he first delved into color photography, he used an SX-70 Polaroid camera, so these photographs were unique and not widely available. Spending the last 23 years of his life in Canada also reduced his interaction with the art hub of New York City. Whether one is familiar with Heath or not, anyone could be moved by these emotionally resonant photographs if they simply slow down and move in closely to gaze into a face that may mirror their own psyche.

Through Sunday, September 16 at the Amon Carter Museum of American Art, Fort Worth.

Barbara Koerble is an art historian, an independent writer and curator, and is an employee of the Amon Carter Museum.

Saw and deeply admired this beautiful and highly emotional show at the Amon Carter. Highly recommend!!