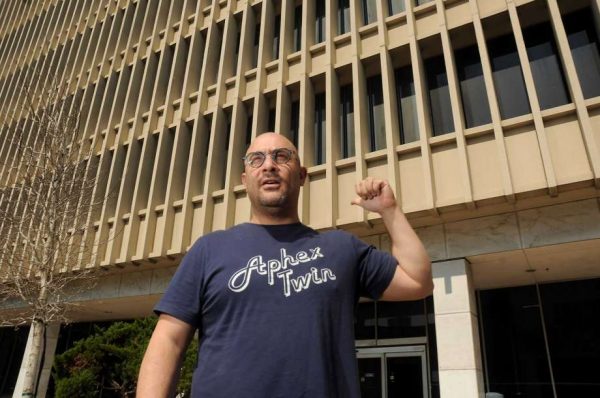 This weekend, several women released statements on social media accusing Day for Night’s founder Omar Afra of sexual misconduct and assault. Two of the individuals who first made the claims, Veronica Ramos and Phoenix Hamilton, posted personal accounts on Facebook about their experience with Afra. The posts included signed and notarized affidavits by the women.

According to the documents, Ramos’ experience with Afra occurred in 2010, when Ramos was working as a concert photographer promoting Free Press Houston events in HATER magazine. After Ramos photographed a concert at the Houston music venue Fitzgerald’s, she and Afra allegedly returned to the Free Press Houston offices under the pretext that Afra would download her photos to an office computer for publication. She claims he allegedly offered her marijuana and assaulted her, ignoring her rejections of his advances. Hamilton’s story is similar in that she claims Afra “used a job offer to get [her] alone and sexually assault [her].” According to her affidavit, Afra also allegedly offered Hamilton marijuana before he unwantedly approached and continually kissed her, despite her rejection of his advances. Also included in the Facebook post is a series of messages that Afra appears to have sent Hamilton responding to and apologizing for the alleged incident.

These allegations against Afra come in the wake of the #MeToo Movement, a campaign focused on exposing those who are involved or complicit in sexual harassment and assault. The movement and hashtag gained popularity in October of 2017 after film producer Harvey Weinstein was accused by more than a dozen women of sexual misconduct and assault. During that time, Free Press Houston, a publication owned by Afra, published an opinion piece A Culture Of Harassment: We All Know a Weinstein, in which writer Emily Brooks discussed how sexual harassment, assault, and rape are “not rare at all.”

In response to the allegations against Afra, the non-profit organization Girls Rock Camp Houston, which for years has had a relationship with Afra and his related endeavors (Free Press Houston, Free Press Summer Fest and Day for Night), announced that it will no longer accept funds from Afra or his other projects. The organization, which is “dedicated to empowering girls and women of all backgrounds and abilities through musical education and creative expression,” released a statement on Facebook on August 10th that read in part:

“What could we as a music and culture community of Houston invision as justice for Phoenix and Veronica? How should we hold Omar accountable? Is there a restorative justice scenario, in addition to internet posting? We invite everyone to consider what community justice would look like; we are doing that ourselves today.

On August 12th, Day for Night released a statement announcing the removal of Afra from ownership or involvement in the festival:

“The creditors of Day For Night were shocked and saddened to hear of the allegations of sexual misconduct against Day For Night founder, Omar Afra. We stand with all victims of abuse.

The creditors have deemed it appropriate to foreclose on the entity which owns the festival, effectively removing Omar Afra from any ownership or involvement in Day For Night from this day forward. Out of respect for these alleged victims, any announcement about the future of Day For Night will be made at a later date.”

Soon after Day for Night’s statement came out, Afra released his own statement via Facebook calling the allegations “patently false,” “lies,” and “fabrications.” He also announced that he will be “stepping down” from his positions at Day for Night and Free Press Houston. He later told ABC 13 Houston that he has received threatening comments on social media. You can read Afra’s full statement below:

“I can’t begin to say how saddened, shocked, and embarrassed I am for the developments over the last several days. This has been very heavy and traumatic to my wife and children and they have had to unfortunately endure the hurt here as well as the many death threats. In the recent years I have veered away from what I knew was right and caused pain to those around me including family and friends. I am most sorry to Andrea, a woman that has stood by me for 20 years now. Because of this, I have been in therapy for over a year and have been doing some real work on myself and trying to get back on the path of focusing on the real me; a man who loves his family and wants to do right by people. In the best interest of Day for Night and Free Press and their respective stakeholders, I will be stepping down from my positions there. But I have no choice but to fight back against allegations that are patently false. It would do no justice to anyone for me to capitulate to lies and fabrications. There is so much more to know about this coordinated attempt but this is clearly not the forum to do so. If I am to move forward on a path of true integrity I need to apologize for what were bad decisions but fight falsehoods tooth and nail. Thank you to the many supporters and friends who have reached out publicly and privately. Thank you most to my wife, my mother, my sister, and other family and friends who have pledged their support during all of this.”

Regarding the allegations against Afra, Hyperallergic, a New York-based arts publication that has worked with Day for Night as a media sponsor, told Glasstire:

“We’ve never met Omar Afra, since we’ve worked directly with their communications team during the annual festival, but are very troubled by this news and expect Day for Night to thoroughly review the issue and investigate these allegations of sexual harassment.

We are glad this is being investigated because of people who were brave enough to come forward. The Day for Night festival has been a great showcase for music and art, but the safety and health of staff should always be a priority.”

A group of Houston women has created a Google Form open to community members to “share their stories and experiences of working with Omar Afra.” The National Sexual Assault Hotline (1-800-656-4673) is open online and over the phone 24 hours a day. For more resources, go here.

I’m surprised to see that there aren’t any comments from artists about how this is pervasive in our community as well.