“Have you found your place in the world?” An Interview with Pierre Krause On Sloganeering

When I travel from my home, no matter how close I stay to my North Texas environs (sometimes this even includes bus stops in my own city), there is always for me some sense of foreignness to the advertisements that plaster the sides of buildings, metro stations and public places. It presents an exercise I enjoy while analyzing the text and images: What message do I glean from this ad that the locals don’t? 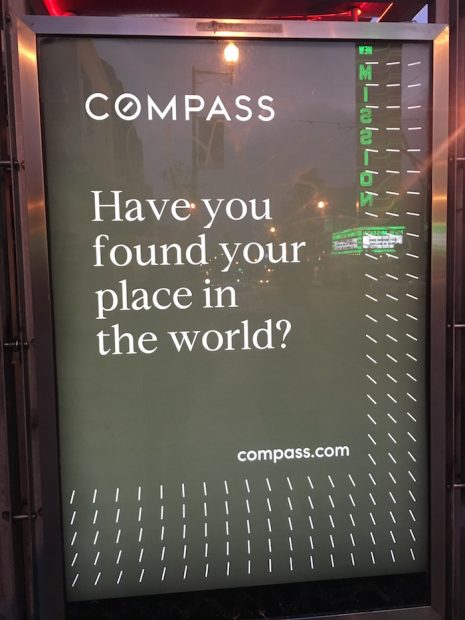 During a recent trip to San Francisco, I was struck by a bus-stop ad inquiring whether I had found my place in the world. The implication is that Compass, a bank whose name I can vaguely recall but have no working knowledge of, can help you find your grounding in this life. I discovered through an ad I saw later on, on a walk in a quickly gentrifying neighborhood of Dallas, that Compass of course has an online real estate product. The placement of an aspirational advertisement about place-finding in the most expensive rental market in the United States — San Francisco — shines a painful light on the eroding state of liberal values on the east coast. The ad reads to me like a puncture in the liberal magic bubble. I feel like I saw something that no one else cares to acknowledge.

Slogans in both art and commercial media have this built-in problem. Words and phrases are hardly universal, and mean something slightly different to each person. Slogan use in commercial media usually involves positioning words or ideas as close as they can get to class aspirationalism while feigning morality. My hope is that artists implementing slogans in art are attempting a more ambiguous and complex exercise. To probe this thought further, I spoke with Dallas-based Pierre Krause, an artist who works with text on various surface materials.

(All pictured artwork below is by Pierre Krause)

William Sarradet: You work often with text and maybe poetry applied to canvas. Can you describe your reasoning?

Pierre Krause: I have things to say that aren’t being said.
Somebody has to say it.
Art loves to be cool and devoid of feeling.
I have no interest in being cool.
There’s nothing glamorous about being desensitized.
That sensation is a result of scary, scary things.
My practice asks: How do you make people read? 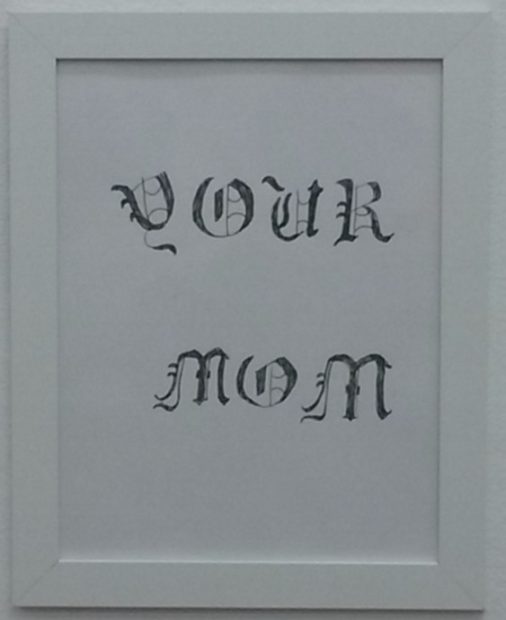 WS: Is there a concern that someone will ‘misinterpret’ the message? Or are these phrases you put to canvas less objective than that?

PK: If anything, I don’t think my words can be interpreted incredibly negatively.
They’re too whittled down.
I have a sense of personal precision.
What remains is all that is necessary.
My words can be vague or ambiguous which, in my opinion, means that they’re effective and “modern.”
I know what I mean.
I am very conscious to use my words responsibly and believe that my words being interpreted by the viewer or reader creates another world that has nothing to do with me.
Art provides a space to feel.
When I show my work, I am simply providing space for others.
It no longer belongs to me.
Words can exist anywhere and I find it to be a pleasing and challenging exercise to think of other ways to make them exist beyond the page. 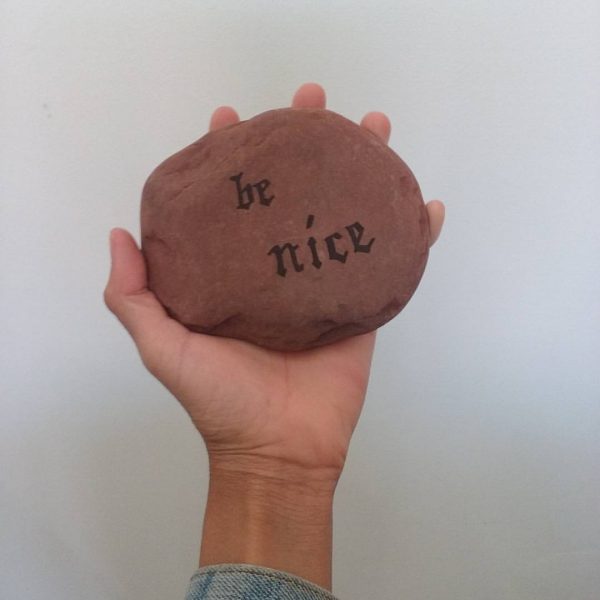 WS: Do you look at a tagline on an advertisement the same way you do on your canvas? Why or why not?

PK: I don’t look at advertisements.
Ad Blocker exists and I don’t scroll that much.
I don’t even really think that mainstream advertising is trying to sell anything to a person like me.
I’m often perceived as a new media artist but most don’t realize that my relationship with media is a pretty healthy and minimal one.
I hate being overstimulated and I’ve recently found out that this is a shared trait among empaths which was very surprising to me.
I believe that what’s being said should be direct yet still have the ability to slow down the reader or viewer in order for any piece to be successful.
The action is To Consider. That is the slowing.
How many exhibitions have you been to and seen people walk in then right out?
To me that is failure. 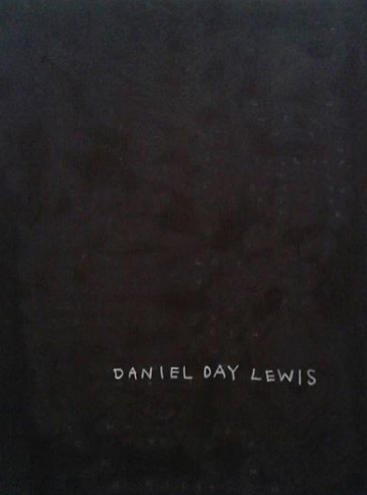 WS: When I’m seeing printed or written text, I always consider the material surface it sits on, as well as its location. Does that matter as much to you?

PK: Yes, I am concerned with composition and feeling and utilizing any available medium that can further help externalize a feeling. My work is always in conversation with this.