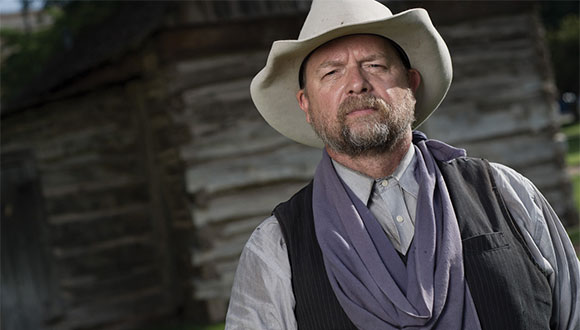 The Panhandle-Plains Historical Museum in Canyon, Texas announced this week that its longtime curator Michael Grauer will be leaving the institution later this summer for a position at the National Cowboy & Western Heritage Museum in Oklahoma City. During his 31-year tenure as curator of art and western heritage at the museum, Grauer has organized shows and displays of numerous art and cultural objects, sports memorabilia, weapons and military ephemera, and more.

The museum’s director, Carol Lovelady, spoke about Grauer’s impact on shaping the museum into the institution it is today:

“Michael has garnered national and international attention for our museum in Canyon, Texas. At the same time he has created a large and loyal local support group for the museum’s art collection. Michael always tells me that everywhere he goes he is ‘riding for the brand.’ That brand recognition he has created for PPHM extends far beyond the Texas Panhandle.

I am very grateful and appreciative of the time and effort Michael has given to our collection. I am eager to see the insights our next curator will bring to the more than 2 million items owned by the Panhandle-Plains Historical Society”

In addition to his role as curator at the museum, Grauer teaches art history at West Texas A&M University. He is also involved in the Center for the Advancement and Study of Early Texas Art (CASETA), and the Taos Society of Artists Historians. Grauer talked to Panhandle PBS about why it was finally time for him to move on from the museum:

“It’s just time. I’ve been pursued by other institutions since I’ve been here. The Cowboy Museum has been after me a long time. But 30 years at any institution is a good long while, so I’m ready to hand the reins to somebody else.

As I wrote in my resignation letter, this place (PPHM) is in my blood and in my bones and under my fingernails and under my skin. I came here when I was 26 and I’m 57 now, so that’s half my life invested in this place.”

The Panhandle-Plains Historical Society will partner with West Texas A&M University to seek a replacement for longtime curator Michael Grauer. Its new hire will take on a position combining some of Grauer’s tasks with those of Becky Livingston, the museum’s history curator who resigned in 2017.