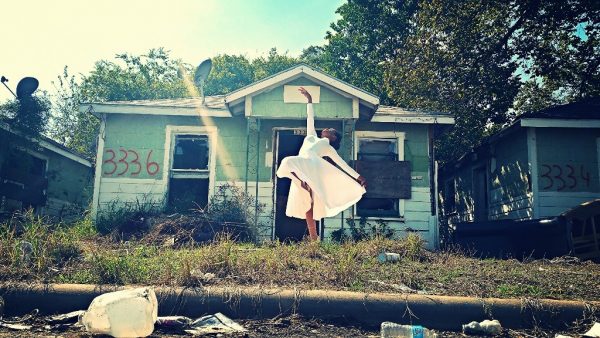 Image from A day in the Tr3 by Brian Ellison.

This weekend and throughout the summer, Project Row Houses (PRH) in Houston is hosting a number of films, programs, classes, workshops, and other events aimed at highlighting the skills and talent present in its Third Ward community. This weekend, July 13-15, in celebration of the organization’s 25th anniversary, the Museum of Fine Arts, Houston (MFAH) and Project Row Houses have co-programmed a series of five films around the themes of community, identity, and family.

Friday’s film, Personal Problems (1980), explores the lives of black middle-class people in a “meta-soap opera” style, and includes an introduction by PRH executive director Eureka Gilkey and MFAH director Gary Tinterow. On Saturday, PRH’s curator and programs director Ryan Dennis will introduce the film Crooklyn (1994), a comedy that was inspired by director Spike Lee’s own upbringing. Sunday’s program will feature three short films: Emmanuel Osei-Kuffour, Jr.’s Born with It (2015), Brian Ellison’s A Day in the Tr3 (2017) (a film that the artist made while he was an artist resident at PRH), and Carrie Hawks’ black enuf* (2017). Following the program, the MFAH curatorial fellows Amarie Gipson and Eszter Simor will moderate a discussion with the three filmmakers. 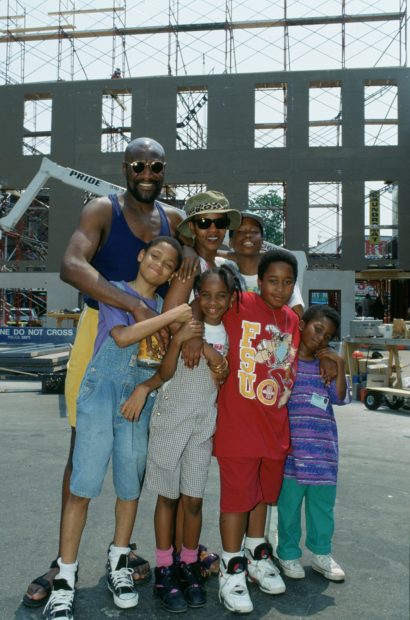 Dennis spoke about the series’ programming:

“Because it’s the 25th anniversary, we’re trying to lift up the values of the organization in addition to have some points of engagement for people to come into. We thought that the themes around family and community are most applicable for the work that we do and how to think of that representation in film.”

Project Row Houses is also continuing its anniversary celebrations with programming around its recent Strategic Art Plan that was launched in advance of Juneteenth 2017. Through this initiative, by partnering with other organization, PRH hopes to “support the well-being and wealth building of residents in the community.” See a full list of Strategic Art Plan projects and initiatives below.

Yoga with Letty
Artist: Leticia Contreras
Dates: July 7, 21; August 18, 25
Location: 3409 Emancipation Ave.
Time: 10:00 a.m. – 11:30 a.m.
Yoga with Letty is a series of free yoga classes led by artist and creative practitioner Leticia Contreras. The light-hearted beginner lessons introduces the community to vinyasa flow, a style of yoga which involves synchronizing breath with a continuous flow of poses. Through this, participants learn how to quiet the mind and bring ease to the body during these tumultuous times while connecting with others.

Free Market Square
Organizer: Cedric Douglas
Dates: Every 3rd Saturday
Location: 2301 Elgin St.
Time: 10:00 a.m. – 6:00 p.m.
Free Market Square is a community marketplace in the heart of Third Ward that highlights its culture, entrepreneurship and artistic performance throughout the year. The market aims to reignite the historic legacy of our community and add to the strength, vibrancy and self-determination of the Historic Third Ward.

Third Ward Fresh
Organizers: Nathan Keibler and Marilyn Maples
Dates: June 9, 16; July 14, 21; August 11, 18
Location and time varies
Third Ward Fresh aims to address the lack of access to fresh produce in the Third Ward through a series of cooking lessons and community plotting/painting sessions in partnership with “One Seed, One Block.” Activities will be held at Free Market Square and other locations in Northern Third Ward.

Beautiful, Still
Artist: Colby Deal
Location: Eldorado Building, 2310 Elgin St.
Time: 24 hours
Unveiled on June 19, the photographic project captures and creates a rendition of the Third Ward community and its landscape. The image will be on view at the Eldorado Building and smaller vignettes will be placed around the Third Ward for public interaction.