Highlights from Rockport and the Art Festival

In August 2017, Rockport, Texas was hit by the massive Hurricane Harvey. When I drove down shortly after to survey the damage done to my family’s ancestral home, a wave of dread hit. Telephone poles lay like fallen crosses. Rockport was grievously injured and appeared tragically prone to creeping Korinism (as in Harmony). In Korine’s terrible masterpiece Gummo, from 1997, a tornado has turned the small town of Xenia, Ohio into a particularly grim and surreal nightmare — a town gets hollowed out and becomes, in the words of Karamakate from the great Embrace of the Serpent, a “Chullachaqui, which looks exactly like a person but is empty and hollow, a copy that drifts like a ghost.” Would this be the fate of Rockport?

The answer is a windsock of a flamingo in shades of pink and red howling “Fuck no!”

Rockport, under the clarion call of “Rockport Strong,” is roaring back. An example on my recent trip for my parents’ 50th wedding anniversary: I popped into the local icon, The Sea Shell Shoppe, which had recently reopened on July 1st. An elderly woman entered the store and the owner warmly embraced her and said, “I love you and I’ll never forgot what you did for me.” When the woman left, the owner described how the woman had taken a bus from Corpus every day to help her reopen her store after it was destroyed by the hurricane. There’s something particularly endearing about that level of kindness, for not a church, but rather a seaside shop that sells nautilus shells imported from the Philippines and bottle openers shaped like an alligator playing a saxophone.

This last weekend was also the shockingly massive Rockport Art Festival, with more than 120 artists selling their wares, and a center tent for beer where the ponytailed blooz act the Hot Attacks played herculean multi-hour set. I find it soothing that if you go to any “Art Festival” anywhere you can buy a really nice wooden box, a stained-glass bird, or large-scale nature photograph of the moon over Zion National Park. Here are some highlights from the festival and the town of Rockport comeback. 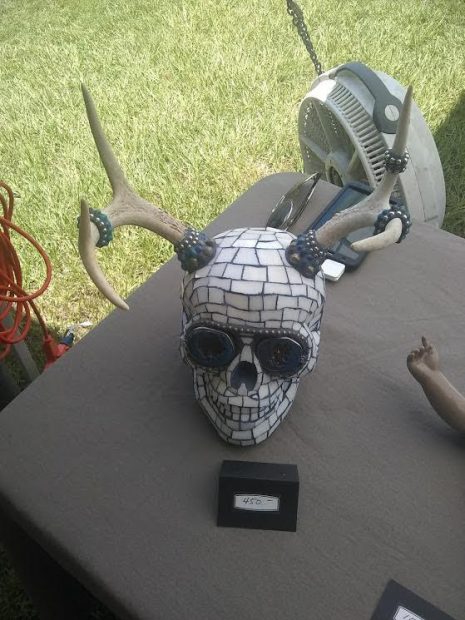 All I have to do is meet Johnny Depp after he’s had like nine glasses of Bordeaux from a $7000 Nebuchadnezzar and give him Frederick Exley’s A Fan’s Notes and I can sell him this piece for 100 times its festival asking price. 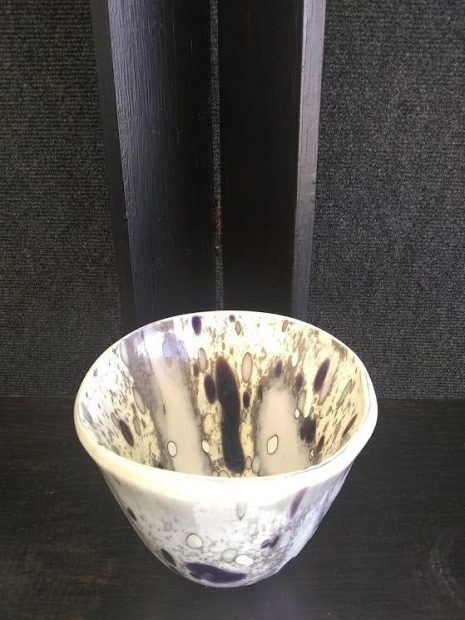 Now that I think about it, I just need to find an attractive, charismatic person I can Cyrano De Bergerac into running a home boutique for rich people that is stocked entirely from art festivals. “These glass works are ‘raw blown’ so they’re gonna be a little more expensive.” 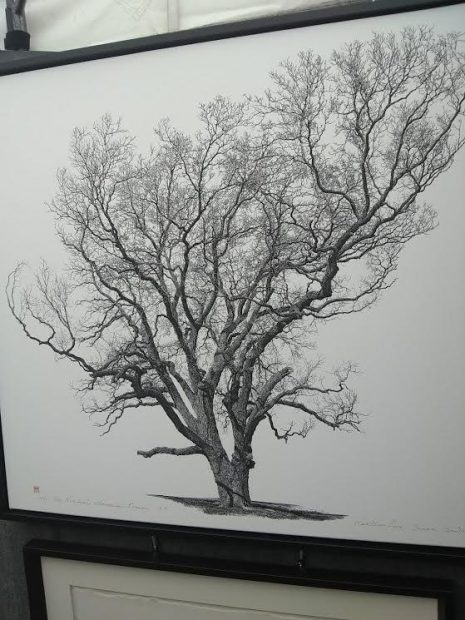 An art festival is a low-key, great place to find top-level draftsmanship. I bought my friend an exquisitely drawn Jerry Garcia print at a New Orleans art fair that had the caption ‘after this long strange trip what we had was friendship,‘ or something. For Rockport, this artist made striking and serene pen drawings of trees that were reasonably priced. 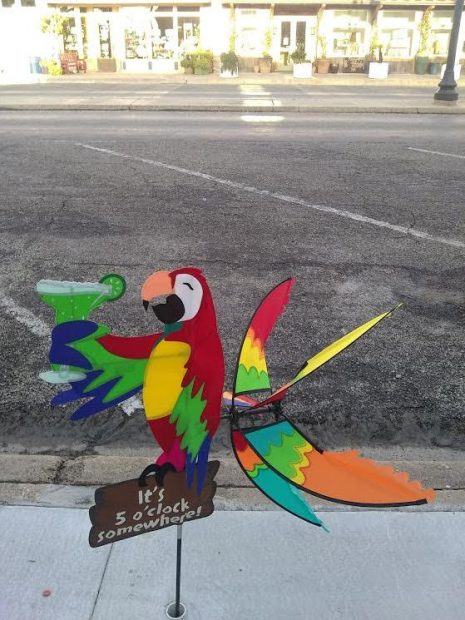 I spotted this charming patio or boat decoration while walking to dinner, and my sister remarked, “I wonder how these things don’t get stolen.” On the walk back we saw that some pied piper of Margaritaville had snatched it. 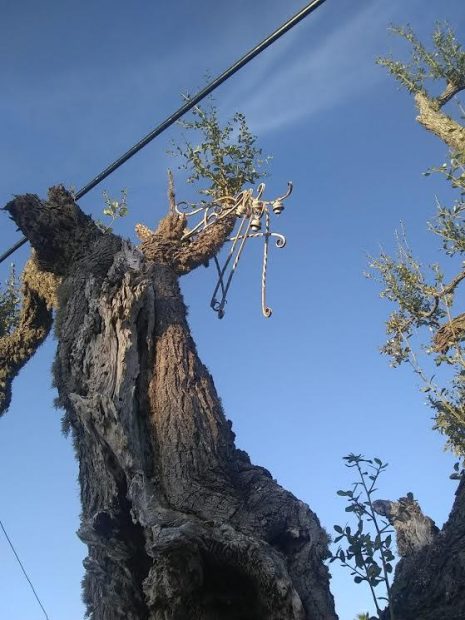 All throughout the town, the remnants of the storm linger like scarecrows. This is probably how it will remain for years to come. And perhaps this is as it should be, to remind us all that the town was almost blown away. 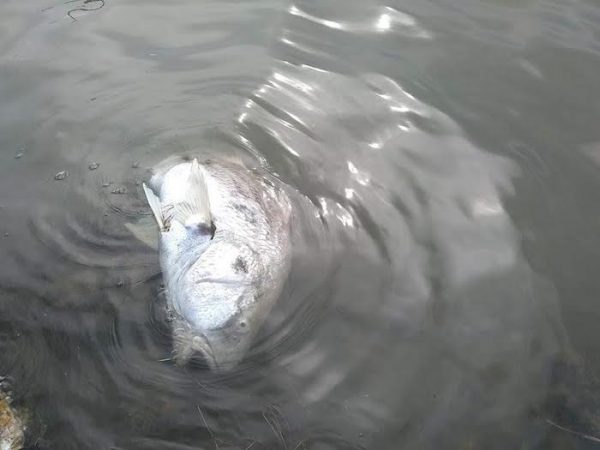 This fish was roughly the size of Danny Devito and bobbed, reflective as a treasure chest, in a cordoned-off pool of saltwater by the pier. 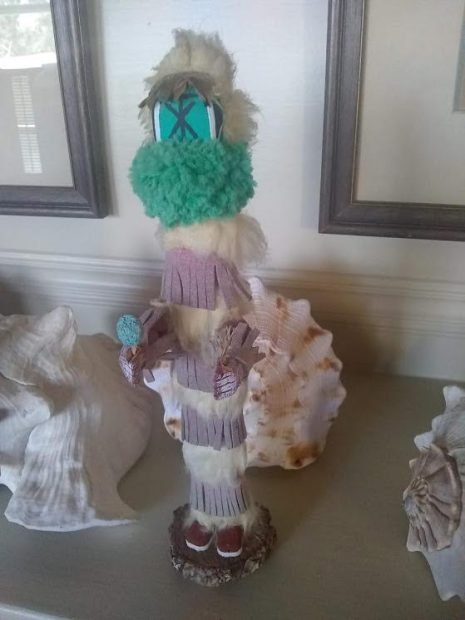 At my new favorite store, The Turquoise Eagle — a shop run by two Native American boomer guys adorned in absolute scorch turquoise jewelry — I browsed their selection of beautiful Kachina dolls. I came across one that I could afford and asked one of the owners about it. “That’s a rattle dance Kachina made by an artist named Emerson.” “My middle name is Emerson, I’m going to get this,” I replied. “That would be wise,” he said.

Spend Your Holiday Weekend in Rockport!

[Sponsored] Debbie Stevens: Her Year of the Bird