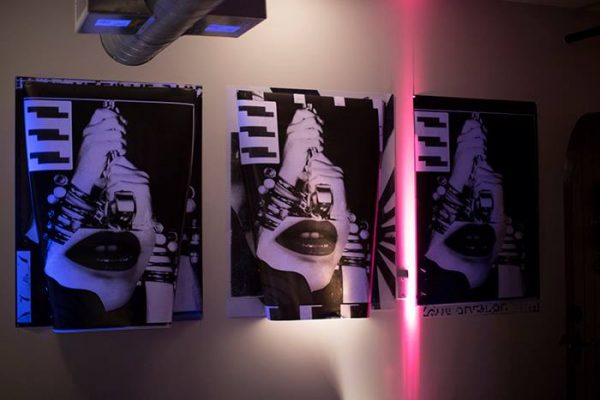 The Houston-based artist-run collective Civic TV Laboratories has announced that it will lose its current exhibition space on Freeman St., just north of downtown Houston. Civic TV has occupied the space, which is a residence-turned gallery, for roughly a year, and although the collective initially sought a three-year lease, its landlord has announced a plan to sell the building. In light of this, Civic TV has decided to go nomadic: in collaboration with Flatland Gallery, a space located in Houston’s Montrose neighborhood, it is opening an exhibition of video works by artist Neil Ebbflo (Neil Jody) on July 14th.

Civic TV (both as a collective and as an exhibition space) has been a staple of Houston’s artist-run scene since it was founded by Terry Suprean in the summer of 2014. At the time, Suprean committed to run the space out of the building he was living in on Dallas St. in the city’s East End. For the first year and a half of its existence, Civic TV Collective was a loose group of artists and experimental musicians who programmed exhibitions and concerts in the space. Its first couple shows included art and performances by Domokos, Future Blondes, Alex Tu, Andy Grotfeldt, and Luke Harnden, among many others. 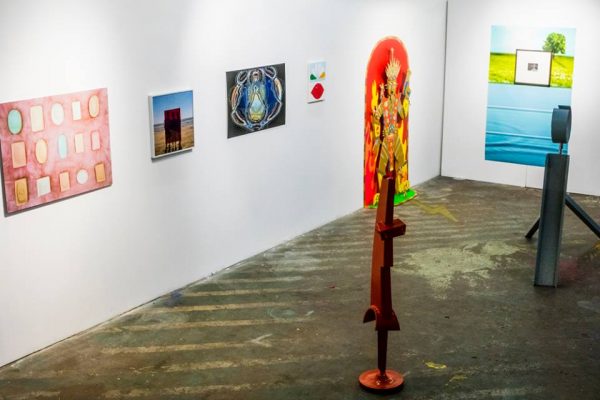 An installation view of the exhibition Grand Transubstantiation

Then, in the winter of 2015, Civic TV’s Dallas St. building sold, meaning it had to fall back, regroup, and find another affordable Houston location. Before moving into another space, Suprean chose to address the sustainability of Civic TV by formalizing it as a collective, dividing responsibilities in the new core group, and changing its name from Civic TV Collective to Civic TV Laboratories. The reformed collective included Suprean and Tex Kerschen curating visual art exhibitions, and Gerritt Wittmer overseeing its sound and experimental music program. During this time, three others were also added to the core collective: Domokos Benczedi, Alexandra Kelton, and Elizabeth Rhodes.

The name change to Civic TV Laboratories was an attempt for the collective to more accurately communicate its mission: it wanted to be a space for experimentation and research, a hub where artists would be free to try new things and not be afraid of failure. Through this, Suprean reemphasized the fact that Civic TV was an artist-centered organization. 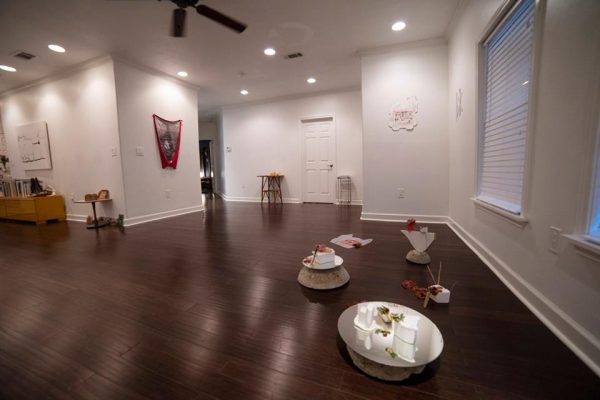 An installation view of the exhibition Give Me Shelter

Then, in the fall of 2016, Civic TV took over a location on Commerce St. that had been used by Paul Middendorf’s galleryHOMELAND as an off-site performance and exhibition space. Here, Civic TV hosted concerts and shows by Andy Grotfeldt, Sandy Ewen, Street Sects, and others. Civic TV occupied this location until the parking lot in front of the space was sold, essentially taking away the space’s entryway. It was then that Civic TV moved to its now-defunct location on Freeman St.

Throughout its various locations and iterations, Civic TV has also acted as the hub of the Free International University Texas. Founded in the 1970s by German artist Joseph Beuys and now run by his student, Waldo Bien, the FIU advocates for the “cross-pollination of ideas across disciplines as well as how to formulate the concept of individual freedom as the ability to shape social forms, through the transformation of resources.” In line with this, Suprean traveled to Amsterdam to meet with Bien and discuss how to best bring the FIU to Houston. They ultimately decided that a good place to start would be to use the FIU to publish local art books, zines, and other various writings and resources. Since then, Civic TV, through the FIU, has published art books and catalogs for its exhibitions and various other projects, including the HTX Artist Cookbook.

After Neil Ebbflo’s exhibition at Flatland, Civic TV plans to regroup and prepare for its ventures in 2019. Currently in the works is another Civic TV/Beefhaus collaborative exhibition, this time featuring different artists than the organization’s most recent show. Civic TV also plans to reach out to and collaborate with other Texas artist collectives.

“We’re shifting to a nomadic model for Civic TV out of a concern for sustainability and the desire to use our activity as a gesture that addresses the reality of what it means to show art in an American inner city as an alternative art space. As the development of our inner cities speed up it is becoming quite difficult to find, and nearly impossible to hold onto, spaces affordable enough to run zero-profit art spaces out of. As that we feel being a zero-profit art space is important to the ideals we have for what we do (we aren’t at all against for-profit galleries, but insist that zero-profit spaces are equally important to a city’s art community and creative output), we have to look towards sustainability as a guideline for our actions. In our four years of operation we have occupied three different spaces, all of which we have lost to development. Rather than repeat the cycle of yearly moves and long searches for suitable properties, we feel evolving into a nomadic model will best allow us to address our concerns with sustainability as well as comment upon the current situation alternative art spaces find themselves in. We’re a laboratory and we experiment, which means we both succeed and fail publicly, and we’re ok with that, and ask the community to join us as we try a new experiment that we hope allows us to contribute in a more meaningful way to the state of the arts in our city.
We’ll be doing fewer exhibitions, that’s inevitable, but as such hope to put that much more effort and energy into each that we do.
‘Where must we go, we who wander this wasteland, in search of our better selves?’
– Mad Max ‘The First History Man'”

In another statement to Glasstire, Civic TV member Alexandra Kelton spoke about Suprean’s driving force behind the collective:

“The one thing that has remained stronger than anything else is how hard Civic TV tries to bring people together rather than make them feel segregated and how much it cares about the community… on zero budget. The way the space is run is a direct transfer of Terry’s personality and how he views the world, and how he thinks people should be treated. I am extremely proud to be a part of it, and I am even more proud of him.”