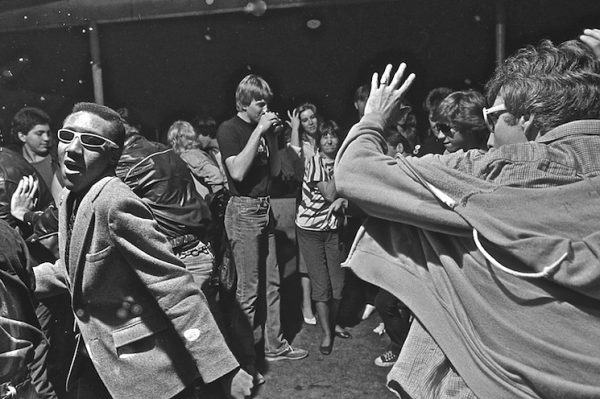 The University of Houston Libraries Special Collections recently announced that it has acquired the papers of longtime Houston artist Ben DeSoto. DeSoto has been on the scene for over 30 years, woking on his own photographic projects and documenting the various happenings and goings on of the Houston art community. Additionally, he photographed concerts and other performances at then-prominent Houston venues, including Mary Jane’s, The Axiom, and The Island. These works have been particularly praised for capturing the active, diverse punk rock community of Houston: in a 2016 article for the Houston Press, David Ensminger wrote about DeSoto’s concert photographs:

“He understands the fluid interchange between audience and performer — the absolute vibration of those moments caught in space and time. In the mise-en-scène of his roving camera eye, the gig is an immersive, decentralized space in which the audiences are just as performative, interesting or meaningful as the people unleashing the music.

Poring over DeSoto’s negatives shot throughout three decades, one glimpses how people within the punk community are often not mere passive onlookers; instead, they are smoldering, fidgeting, undulating, atavistic, dance-prone and catapulting. They are a tempest tethered to musicians via an invisible umbilical cord. As bands reach dizzying magnitudes, bodies in the crowd surge and search for release, pleasure and locomotion.”

Throughout his career, DeSoto has shown his work at the Houston Center for Photography, the Menil Collection, DiverseWorks, the Contemporary Arts Museum Houston, and various other spaces across the city. In the 1980s, he worked as a photographer for the Houston Post and the Houston Chronicle, and went on to earn multiple awards for his work, including the Fuji Fine Arts Award for Contributions to Society in 1987.

More recently, DeSoto has been recognized for his series of artworks documenting the lives of impoverished and homeless Houstonians. Some of these documentary projects have lasted the majority of DeSoto’s career: he documented one man’s story for thirty years, following him through various periods in his life. Currently, DeSoto is working on a documentary film, Quiet Storms of Reform, addressing the role of systemic poverty in our society. 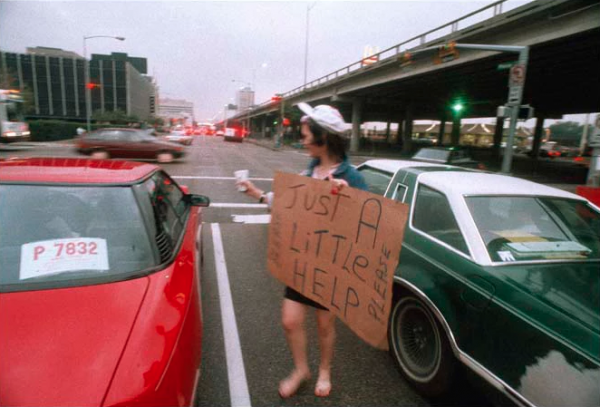 UH wrote about how DeSoto’s donation came to the university:

“DeSoto’s collection at UH Special Collections totals approximately 44 linear feet, and most materials date from the 1980s through 2016. Five linear feet of the collection came to UH Special Collections organized by Patricia Hernandez of Studio One through the CALL project. Included in this portion are photographs and negatives documenting Houston artists and art events as well as photographs of bands and musicians, primarily at Houston venues. While most of Desoto’s later work has been donated to UH Special Collections, his journalistic work for the Houston Post, as well as a majority of hip hop and materials related to Houston’s Fifth Ward neighborhood, have been donated to the African American Library at the Gregory School.”

This acquisition is the most recent in a series of donations the UH Libraries Special Collections has received from Houston artists and organizations: in the last few years, it acquired the archives of both  Zine Fest Houston and DiverseWorks. The Ben DeSoto Papers will soon be available to the public for research.

Learn About Houston’s Rap History with a New...