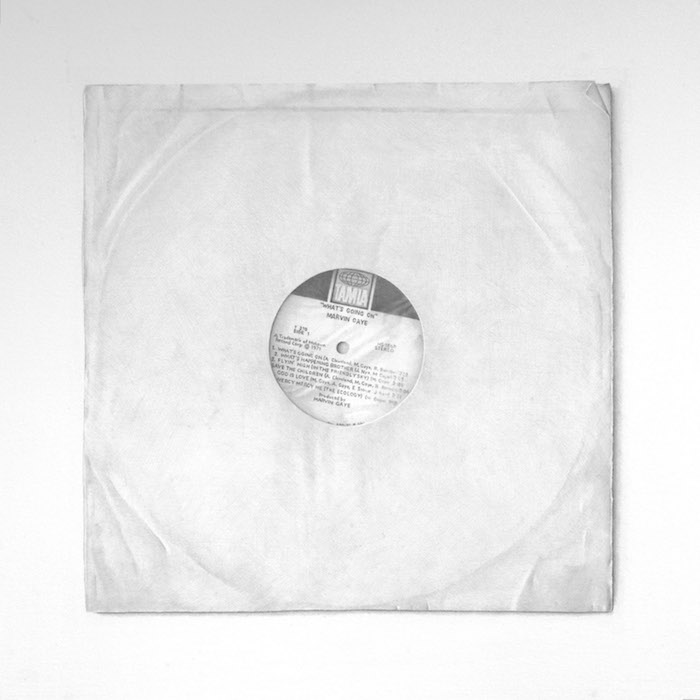 Tom Molloy has long played with loaded images, especially political ones. In particular, he has toyed with double-edged symbols of the United States’ hegemonic place in the world order. As something of an outsider to the subjects he essays — the artist is Irish and now lives in France — he approaches American pictures with what we might regard as a faux-naïf eye, and this has given him a certain degree of critical leeway in his interrogation of how both images and politics work. It has also ruffled a few feathers. A New York Times review of a 2010 exhibition at The Aldrich Contemporary Art Museum in Connecticut, under the pearl-clutching headline “Through Irish Eyes, America as Evildoer,” faulted the artist for supposed insensitivity to American war dead, presumably because he had the temerity in his art to express a sense of identification with tortured and murdered Iraqis (full disclosure: I was the curator of that exhibition).

Molloy’s new show, his sixth at Austin’s Lora Reynolds Gallery, continues his pointed critique, considering our country’s troubled relationship to race. A drawing at the gallery’s entrance, What’s Going On (2018), reproduces in pencil side one of Marvin Gaye’s groundbreaking 1971 Tamla album of the same name, the lyrics of which question the social ills plaguing America in the era of Vietnam and the Civil Rights movement. The placement of the life-size rendering of the black vinyl record tucked in its plain white, slightly scuffed and soiled paper sleeve suggests that Gaye’s concerns remain relevant and that Molloy positions his own work squarely within their lineage. 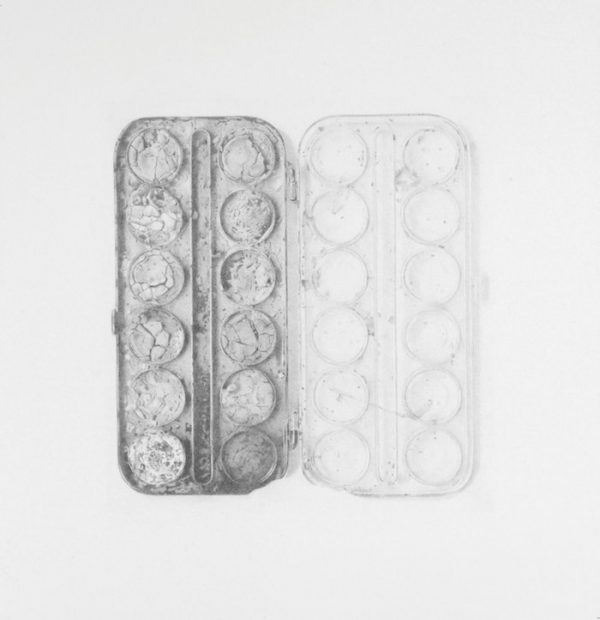 The exhibition, helpfully titled Black and White, takes its name from a group of three 2018 graphite drawings of a child’s watercolor set in the main gallery. These lovingly limned, well-used objects seem innocent enough, with presumably black plastic trays, clear plastic covers, and the glorious rainbow of colors of the pigments themselves — desiccated, cracked, and crumbling though they may be — depicted in shades of gray. The drawings possess a kind of treacly if stealthily sinister charm, their equalizing colorblindness both a feel-good desideratum and a means of making the paint sets entirely drab and all but useless. Opposite, four photographs, each titled House with Flag (2018), show ordinary-looking homes in the Austin area, each with an American flag on a pole in front. Sourced from the Internet, the images appear unremarkable except that the artist has painted over them with flat white, leaching out their color and leaving behind only the outlines of houses, cars, trees, shrubs, lawns, driveways, sidewalks, and flags. They might almost document a freak snowstorm descended on Central Texas, but here they imply a more metaphorical whiteness that blankets the seemingly innocuous patriotism of American suburbia. Molloy often works in precisely this way, employing a clever economy of means to manipulate our apprehension of images to which we would otherwise not give a second glance. The verities his art invokes likewise hide in plain sight; his genius lies in how he goads us into realizing how easily signs turn, as Roland Barthes once said of photographs, “as milk does.” 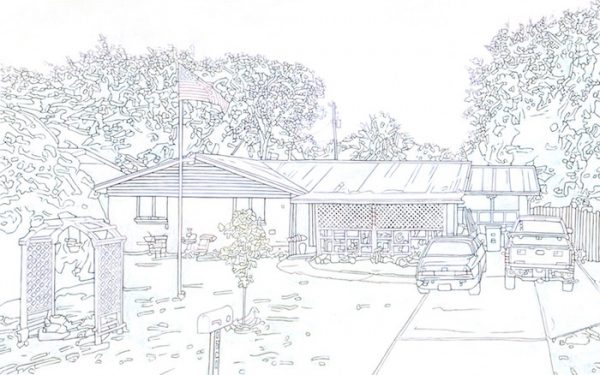 In the rear gallery, nine small drawings, also derived from online searches, duplicate aerial views of unmanned, slightly dilapidated baseball fields, with patchy outfields and long shadows cast by tall light posts. Skillfully sketched in Molloy’s favored technique of fine crosshatching, the works represent sites of America’s favorite pastime as soft, faint, reasonably idyllic fields — and nearly abstract ones at that. It takes a while before we notice that the rough geometries of each bare-bones playing area are bounded by rather more copious fencing than feels strictly necessary, and the descriptive titles — such as FIELD, Detention Center, Eden, Texas (2018) — reveal that the pictured ballfields all sit within penitentiaries. Something jars, of course, about these fields of dreams imprisoned behind bars and about the national sport played by those caught up in our other national sport of mass incarceration. Perhaps there is, in fact, nothing more American than a prison baseball field. That African American men disproportionately receive prison sentences in the United States undoubtedly has bearing here, but about this the drawings themselves stay mute. 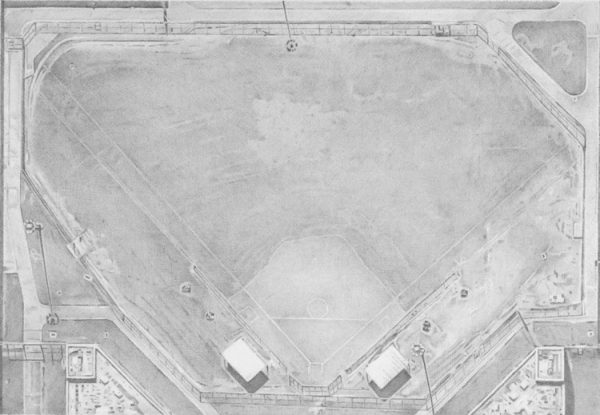 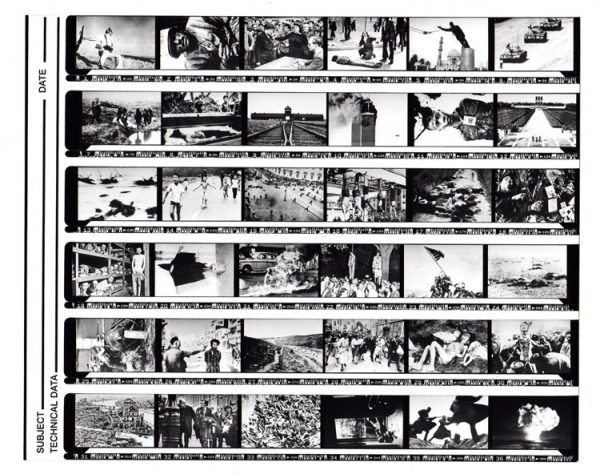 The fields face off against a solitary work, Contact, from 2010 — a photograph in the form of a contact sheet, but with each shot on the ostensible strips of film a famous and indelible image of conflict. The flag-raising on Iwo Jima lies next to a lynching photograph. Roger Fenton’s Valley of the Shadow of Death, an 1855 photo of a Crimean War battlefield, rests side-by-side with Eddie Adams’ shot of the 1968 assassination of a suspected Viet Cong officer by the South Vietnamese National Police Chief, Nguyễn Ngọc Loan. Buchenwald abuts Abu Ghraib. The thirty-six iconic images, each no larger than a 35mm negative, create an impossible object, a kind of photo historian’s holy grail, but they also form a grid of horror, a testament to the numbing and enduring repetition of inhumanity in which each instantiation stands equal to every other. At the same time they betoken the unflinching eye of the camera, and of representation in general, to at least bear witness across the ages. With this singular older work that itself appropriates black-and-white pictures by others, and that broadens the scope of his exhibition to a global one, Molloy offers a sober apologia for his own evidentiary practice.