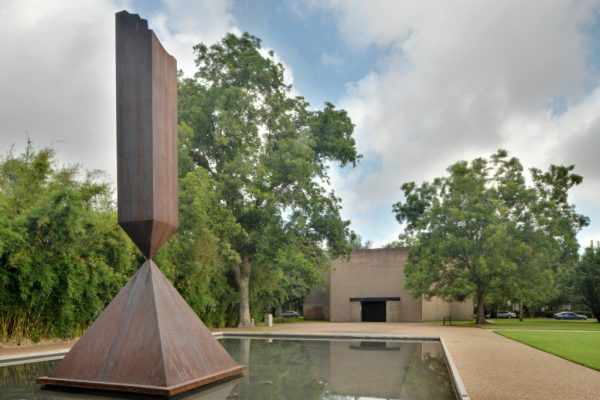 Last Friday, May 18, Houston’s Rothko Chapel was vandalized by an unknown person, reports Allyn West of the Houston Chronicle. Physical damage to the chapel and its surrounding grounds was limited — according to David Leslie, the chapel’s executive director, white paint was spilled around the chapel and in the reflection pool in which Barnett Newman’s Broken Obelisk is installed. In addition to the paint, however, an individual had scatted handbills around the chapel’s grounds that read “It’s okay to be white.” 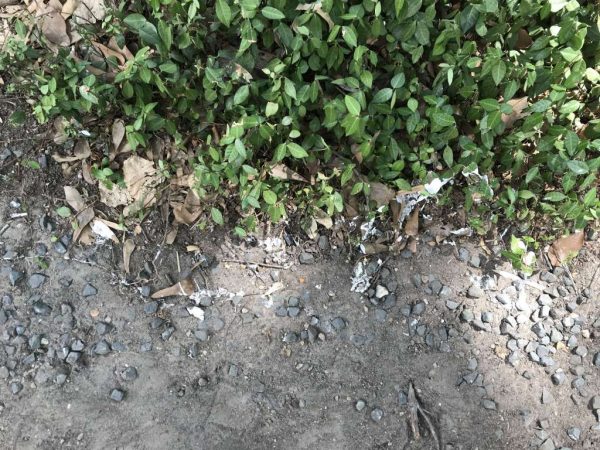 White paint is splattered on the vegetation outside the Rothko Chapel. (Photo: Allyn West/Houston Chronicle)

After the paint and handbills were discovered around 5:30 in the morning on Friday, the chapel filed a report with the Houston Police Department. As of today, Leslie claims that he has no idea why the chapel was the target of the vandalism, which he called a “hate incident.”

In response, the chapel was closed temporarily on Friday as officials dealt with the aftermath of the incident. Conservators removed paint from the grounds and from the reflecting pool, and it appears that no permanent physical damage was done. (Newman’s Broken Obelisk, which the de Menils acquired as a monument dedicated to Martin Luther King, Jr., recently returned to the pool after undergoing restoration.)

The Rothko Chapel is a non-denominational spiritual space filled with 14 murals created by American artist Mark Rothko. It is open to the public and is filled with texts of various ideologies and religions, and regularly hosts programs for and about various peoples. The chapel’s website describes it as “a spiritual space, a forum for world leaders, a place for solitude and gathering. It’s an epicenter for civil rights activists, a quiet disruption, a stillness that moves. It’s a destination for the 100,000 people of all faiths who visit each year from all parts of the world.”

In a statement, the Menil Collection’s director, Rebecca Rabinow, spoke on the incident, saying the museum “stands in solidarity with our neighbor the Rothko Chapel in condemning [the] vandalism … . Like John and Dominique de Menil, our institutions’ founders, the Menil is committed to a belief in the equality of all people, that art is essential to all people, and that free access to art elevates the human condition.”

The Rothko Chapel is generally open daily, from 10AM to 6PM. For more about the chapel, go here.