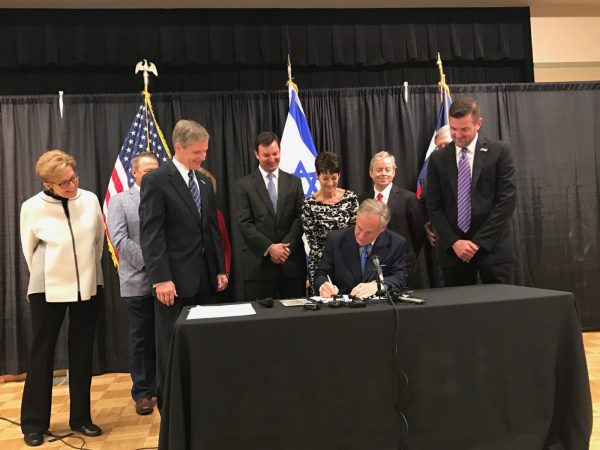 In its last session, the Texas legislature passed House Bill (HB) 85, which prohibited the State of Texas from doing business with any company that boycotts Israel. The Dallas Morning News and NPR previously reported on how Hurricane Harvey victims in Dickinson were initially required to state that they were not boycotting Israel in order to receive disaster aid.

There are many public universities in Texas which ostensibly might be affected by this law, but according to our research, only one — the University of Houston — went so far as to require all contractors to sign the “Anti-BDS” waiver in order to be paid by the school. Glasstire spoke with three artists who were asked to sign the waiver in order to perform work like giving lectures or writing essays for UH. Two of them reluctantly signed (as one said, “I needed the money,”) and the third refused to sign, and was disqualified from the work offered.

When contacted by Glasstire, UH confirmed that they had asked the Texas Attorney General’s office for clarification earlier this year on implementing the rule, and were told that “‘company’ is defined as a for-profit business, including a sole proprietorship. They further advised that HB 89 does not apply to contracts with an individual because he or she is neither a company nor a for-profit business. It could apply to a contract with an individual if the parties to the contract are a state agency and a sole proprietorship owned by that individual. However, a university paying honoraria to an individual speaker does not implicate HB 89.” As of April, UH stopped requiring the waiver of individuals but kept it for companies, meaning that if you ask to be paid as an individual using a social security number, you won’t have to sign; but if you ask to be paid as a sole proprietor using an Employer Identification Number (EIN), you will.

None of the other public universities in Texas contacted by Glasstire, including the University of Texas, had any record of having asked an individual to sign a waiver stating they wouldn’t boycott Israel in exchange for contract work.

Last fall the ACLU filed a lawsuit against a similar law in Kansas, citing the Supreme Court’s 1982 support of an NAACP boycott of white-owned businesses in Mississippi. In an article about the suit, the ACLU writes, “People have very strong feelings on all sides of this issue. The ACLU takes no position for or against campaigns to boycott Israel or any other foreign country, but we have long defended the right to participate in political boycotts.” 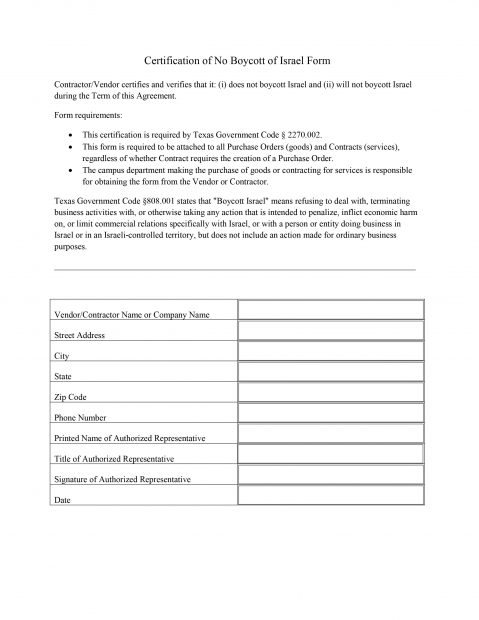 I’m curious about what else people would sign or do, simply because “they needed the money”? There are other means of making money that don’t force you to sign something that clearly is discriminatory.

I’m with You Beth❤️ Selling Your soul is a tough way to go.❤️