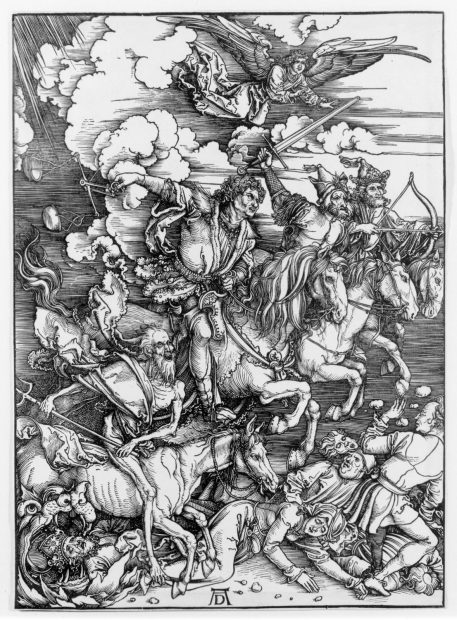 Albrecht Dürer, The Four Horsemen Of The Apocalypse, 1498, Woodcut.

This isn’t the first time SGC’s annual conference has come to Texas: in 2001, Austin hosted a gathering themed around the US-Mexico border, and in 1994, 1989, and 1985, conferences were held at Texas Christian University, the University of Texas at Austin, and Rice University, respectively.

Founded in 1972 at the Southeastern College Art Conference, the SGC has grown into a vast network of printmakers and print enthusiasts who connect and share tips, tricks, techniques, and opportunities. The yearly conference features lectures, panel discussions, print exchanges, printmaking demos, and more. To see the schedule for this year’s conference, which was held in Las Vegas, go here.

Are there any print collectors clubs in fort worth?
I am a amateur collector and would appreciate input on my collection and collecting in general.