Based on the edge of Austin’s Canopy complex, in a 7,500-square-foot warehouse space in the city’s east side, MoHA has long been a staple of Austin’s art scene; in addition to exhibitions, an artist-in-residence program, a new technology-based art program, and studio spaces, the organization has gained popularity over recent years through the interactive installations it puts on during the annual East Austin Studio Tour.

According to a document filed on March 29, 2018 with The United States District Court For the Western District Of Texas, MoHA claims that it was approached by the boutique marketing agency Collide in October 2017 to discuss the possibility of MoHA creating art installations for Collide’s annual “Collide on Rainey” music and art festival that runs concurrently with Austin’s South by Southwest festival. The installations would be designed to promote candy company Mars and its products (including M&M’s, Twix, and Maltesers) during the SXSW.

The document states that Collide asked MoHA to communicate with Integer (acting as Mars’ agent) to develop the project. MoHA claims that after going back and forth on designs and budgeting for a few months, in which negotiations about the scope of the projects were made with Collide — at one point allegedly suggesting “that MoHA reduce its fees and pay its artists less in order to lower costs” — a budget for the project was finally set. At this point, MoHA stated that it would not proceed with the project until it received a payment plan and a contract.

According to the court document, although MoHA received a payment for the project in mid-January of 2018, it still didn’t have a contract by January 30, so it retained an attorney to prepare and deliver to Collide  “a master services agreement.” After this, MoHA says it advised Collide that it would move on to other projects if it didn’t receive a signed contract and retainer. The court document then states:

“Apparently sensing an opportunity to increase profits by eliminating MoHA and replacing it with other artists, Collide abruptly responded that it no longer intended to use the art organization, and demanded return of all but $5,000 of the $25,000 progress payment. Incredibly, Collide suggested that it might continue to use MoHA’s artist renderings and related materials even though it hadn’t paid for them.”

After this, MoHA contacted Integer, saying in an email that the organization had “invested 548 hours into the project, utilizing 28 artists,” and that it feared Collide would take its renderings and recreate them with without the MoHA’s consent. According to the document, Collide then wrote to MoHA “arguing that it had no business contacting Integer… and threatening to sue the art organization and its director Zac Traeger (for what, Collide didn’t say).” A footnote in the document states that “Collide did not identify any untrue or non-privileged statements in MoHA’s email to Integer.” A few days later, Collide wrote to MoHA, demanding that MoHA return the entire $25,000 payment and pay an additional $25,000 to Collide, stating: “‘MoHA has failed to … deliver any useful materials in support of the Project'” and that “‘…the work actually performed by MoHA in connection with the Project has not contributed meaningfully to Collide’s efforts and thus simply does not merit any compensation at all.'”

After this, “MoHA sent Collide a cease and desist letter revoking its right and license to use and/or authorize the use MoHA’s intellectual property, including its original artist’s renderings.” Collide responded with a statement saying that none of MoHA’s intellectual property would be incorporated into the project. In the document, MoHA claims that this response from Collide was and is false, alleging:

“In fact, Collide and its newly contracted artists continued to use and appropriate MoHA’s intellectual property up through the construction and installation of the project, thereby infringing its federally-protected copyrights. Worse, upon information and belief, Collide redacted MoHA’s logo from each page of its illustrated materials before making them available to its contractors.”

MoHA’s counts against the defendants include claims that the defendants infringed on the MoHA’s federally registered copyrights by “copying, distributing and/or displaying the Works without MoHA’s consent”; committing vicarious infringement (by the involved Defendants overseeing the offending party and benefitting from the infringement); committing contributory infringement (by knowingly instructing contractors to build works that are the intellectual property of MoHA); and committing removal of copyright management information (by Collide allegedly removing MoHA’s logo and name from involved documents).

MoHA has demanded a trial by jury and is represented by of the Law Office of Buck McKinney in Austin, Texas. Some of the images from the document are below.

When asked by Glasstire to comment on the lawsuit, Mars responded:

“We are not able to comment on pending litigation.”

Collide and Integer did not respond to Glasstire’s requests for comment. Keep scrolling for MoHA’s open letter regarding the case. 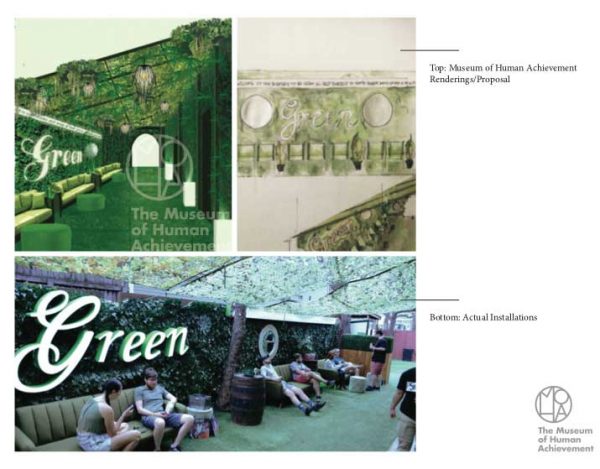 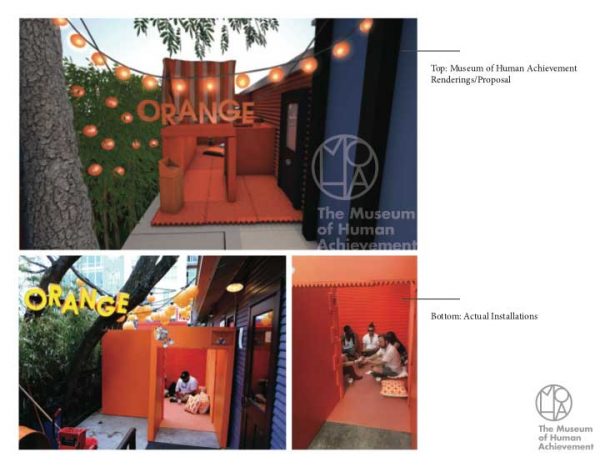 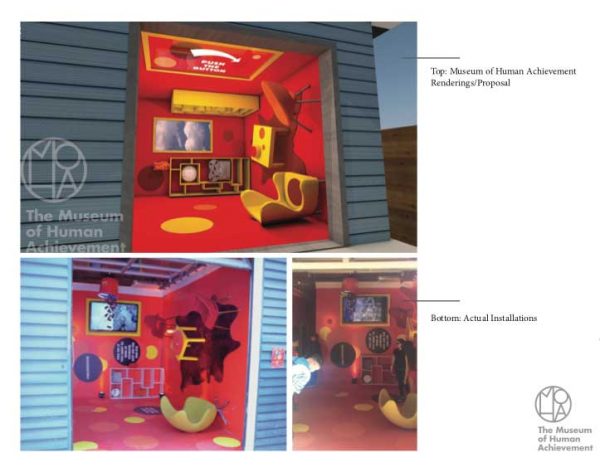 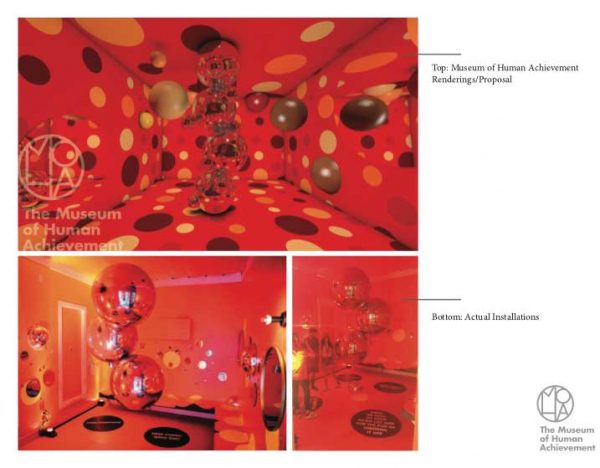 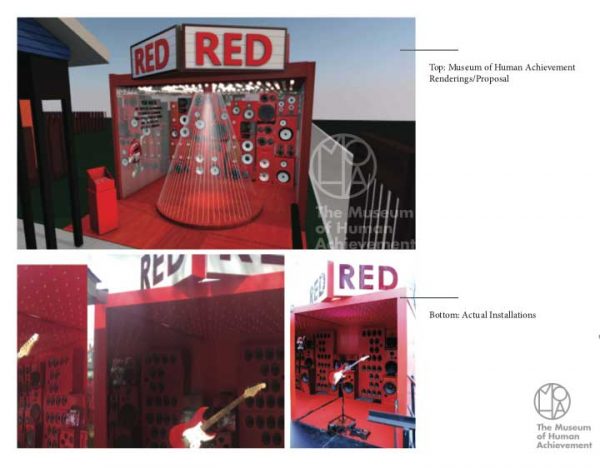 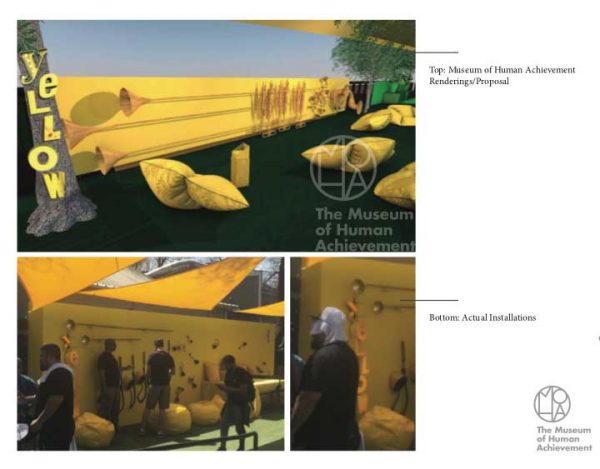 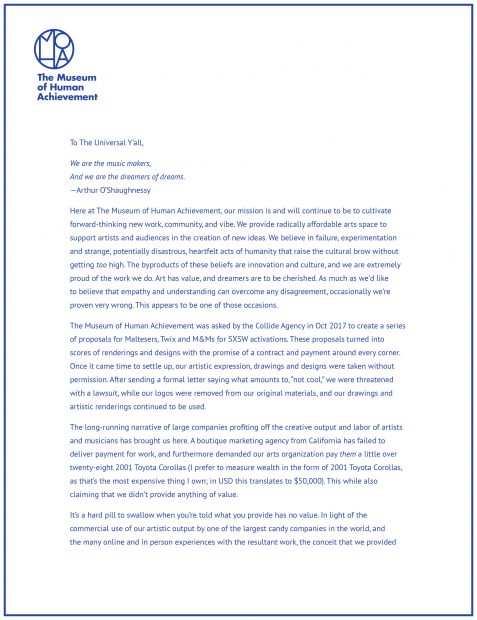 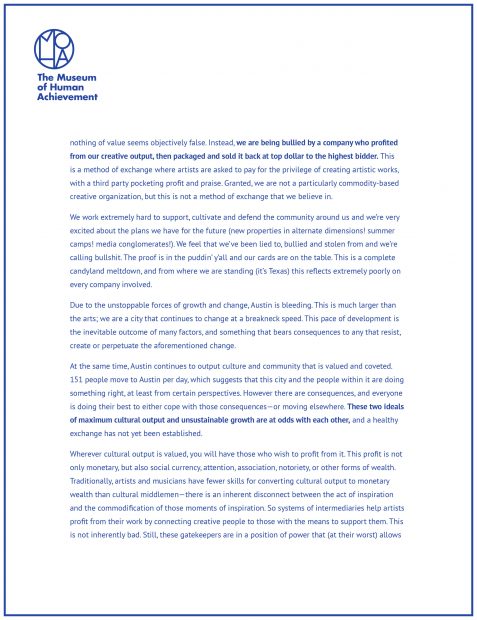 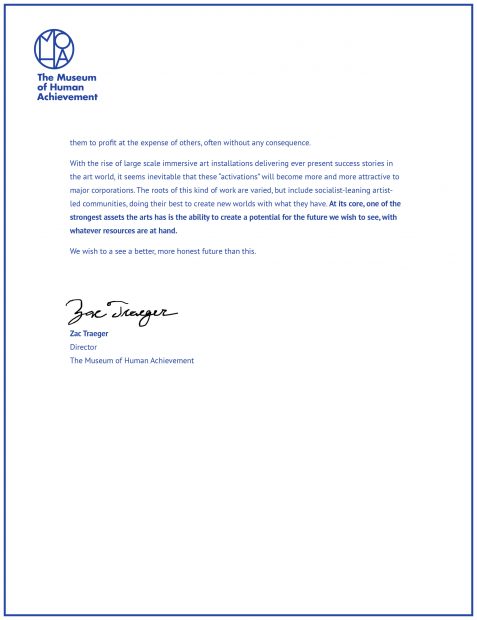 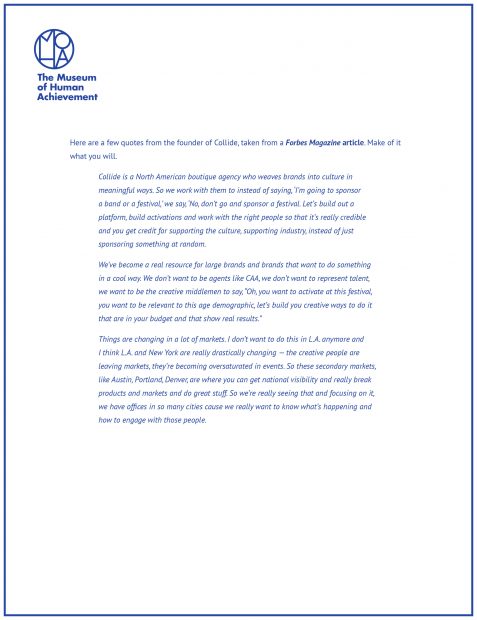 Wow. Couldn’t be more blatant.
MOHA is one of the best and creative places to experience art in Austin, and I hope they destroy them in court and get real paid.

Wow. Just unbelievable. This is a no brainer copyright infringement. They thought they could just steamroller the artists at MOHA.